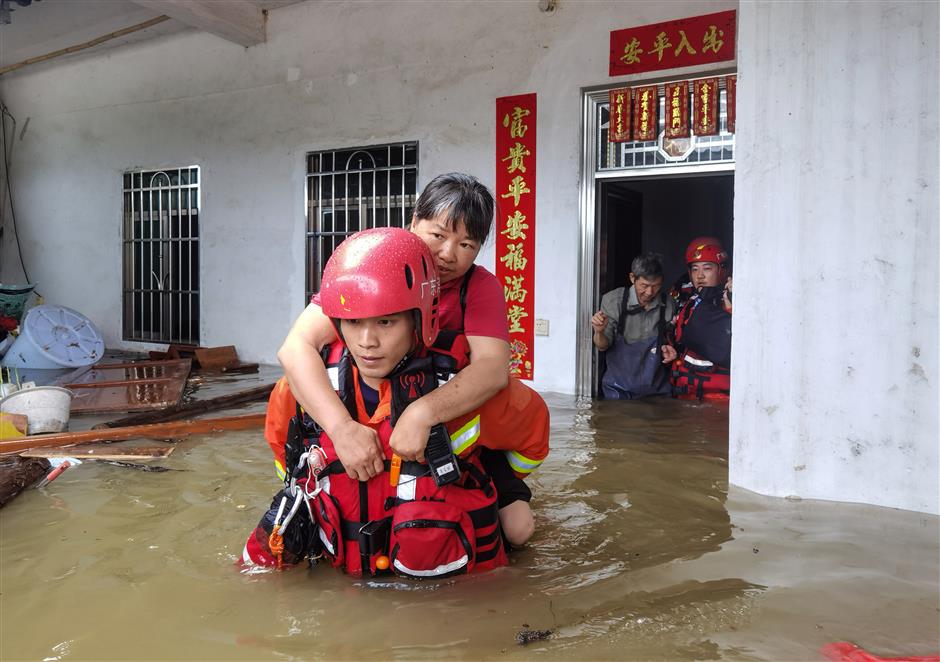 A rescuer carries a woman from a flooded house in Tiechang Village, Shaoguan City, Guangdong Province, on June 21.

Record floods were expected in parts of southern China on Thursday as heavy rains pushed water levels in the Pearl River delta to their highest in almost a century.

Hundreds of thousands of people have been evacuated from the worst-hit parts of Guangdong Province.

China's ministry of water resources on Wednesday placed its highest flood alert on the Pearl River basin, saying water levels at one location "surpassed historical records" and that the provincial capital Guangzhou would be impacted.

Images from the city of Shaoguan, north of Guangzhou, show residents on Wednesday making their way through flooded main roads, as water in some areas reached the tops of cars.

The muddy floodwater inundated shops and buildings, and people were seen clearing away the debris.

The low-lying Pearl River delta is home to the economic powerhouses of Guangzhou and Shenzhen, as well as several smaller but densely populated cities with major manufacturing and other industries.

Under the highest alert level, at-risk areas in Guangdong have been ordered to take all necessary measures including suspending work at factories and closing schools to minimize damage.

Other regions in southern China, including coastal Fujian Province and the Guangxi Zhuang Autonomous Region, have also been affected by record rains this month, forcing hundreds of thousands to evacuate.