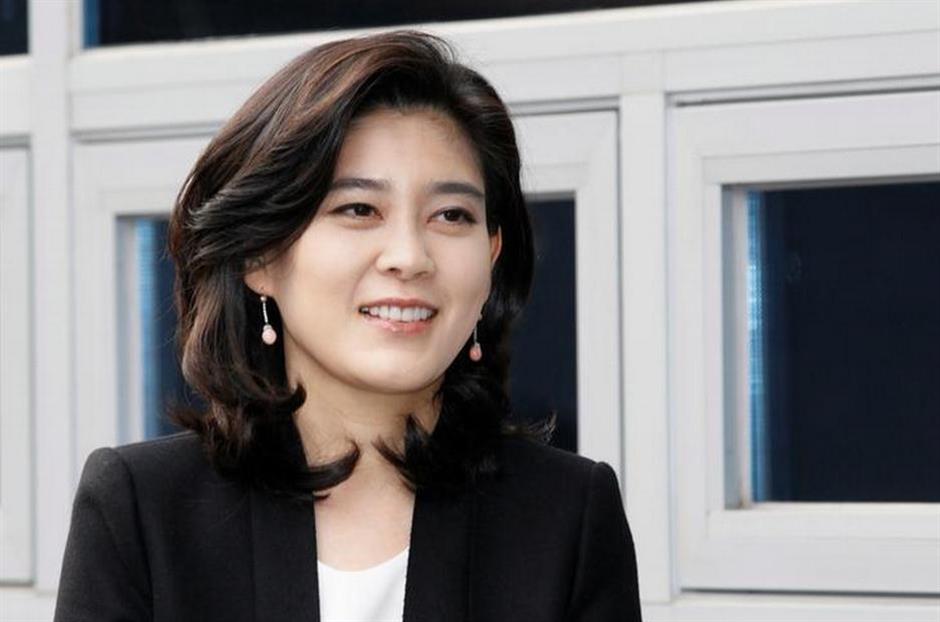 Lee Boo-jin, daughter of Samsung Electronics chairman Lee Kun-hee and president and chief executive of Hotel Shilla, arrives to preside over the annual general meeting of the hotel stockholders in Seoul March 16, 2012.

A Seoul court on Thursday ordered Samsung Group heiress Lee Boo-jin to provide assets of 8.6 billion won (US$7.64 million) to her estranged husband in a divorce from the ex-employee of a Samsung affiliate.

Lee, the 46-year-old chief executive of Hotel Shilla and daughter of ailing Samsung Group patriarch Lee Kun-hee, received sole custody of their son in the ruling, a spokeswoman for the Seoul family court told Reuters.

If appealed within two weeks, however, the ruling is not final, the spokeswoman added.

Im Woo-jae, 48, was dubbed "Mr. Cinderella" by media for his humble background before marrying Lee in 1999. But in late 2014, she filed for divorce and custody of their child.

Im, who filed his own suit seeking 1.2 trillion won (US$1.1 billion) from Lee through a division of assets, plans to appeal against Thursday's ruling, South Korea's Yonhap News Agency said, citing one of his lawyers.

Reuters could not immediately reach Im's lawyers, or a representative of Lee, to seek comment.

An employee of a security service affiliate of Samsung Group who did not belong to the political or business elite, Im was seen as an unusual match for a member of a family controlling South Korea's most powerful business conglomerate.

South Korean media have said the couple, who met at a volunteering event, had to overcome opposition from both families in order to marry.

Im took an MBA from the Massachusetts Institute of Technology after marrying Lee and rose quickly through the ranks at Samsung, becoming an executive vice president at Samsung Electro-Mechanics.

Forbes estimates Lee's net worth at US$2 billion, chiefly from the market value of her stake of 5.5 percent in Samsung's de-facto holding company, Samsung C&T Corp.

Samsung Electronics vice chairman Jay Y. Lee has been effectively running the conglomerate after the elder Lee was incapacitated in a 2014 heart attack. Jay Y. Lee is now in jail during a trial on bribery charges he has denied.