Bloomberg has spent US$120m on ads in presidential race: media 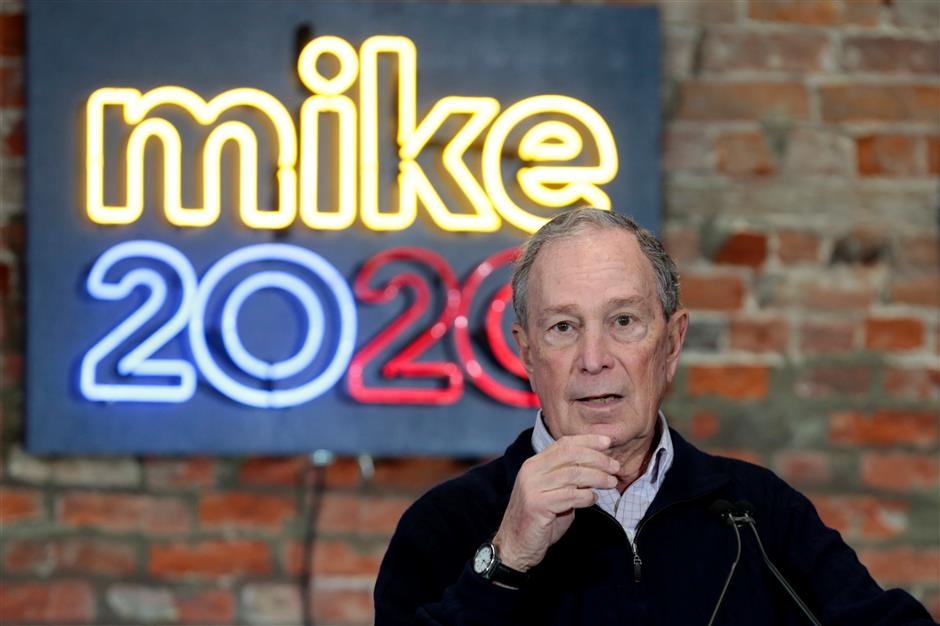 In this file photo taken on December 21, 2019, Democratic presidential hopeful and former New York Mayor Michael Bloomberg speaks during an event to open a campaign office at Eastern Market in Detroit, Michigan.

Former mayor of New York City Michael Bloomberg has spent about US$120 million in digital and television advertising since joining the presidential race last month, local media reported on Wednesday.

Bloomberg, who runs as a Democrat, is spending in all 50 US states but targeting the big, delegate-rich Super Tuesday states that can make or break his campaign, such as California, Texas and Florida, according to Politico, a top US political website.

Politico reported that the former New York mayor's spending on ads in the roughly three weeks since late November is more than double the combined ad spending of every single non-billionaire candidate in the Democratic field this entire year.

"We've never seen spending like this in a presidential race," Jim McLaughlin, a Republican political strategist who worked as a consultant for Bloomberg's mayoral bids in New York, was quoted as saying. "He has a limitless budget."

But some analysts were skeptical whether the big spending on ads would help improve Bloomberg's standing in the poll.

"After you see the same TV ad 10 times, it's not going to have as big an impact," Christian Heiens, a political marketer with Saber Communications, was quoted as saying. "And that's not just in politics, that's in anything in marketing."

In the Democratic primary race for president, former Vice President Joe Biden leads the field with 30 percent of the vote among Democratic voters and independent voters who lean Democratic, according to a Quinnipiac University national poll released last week.