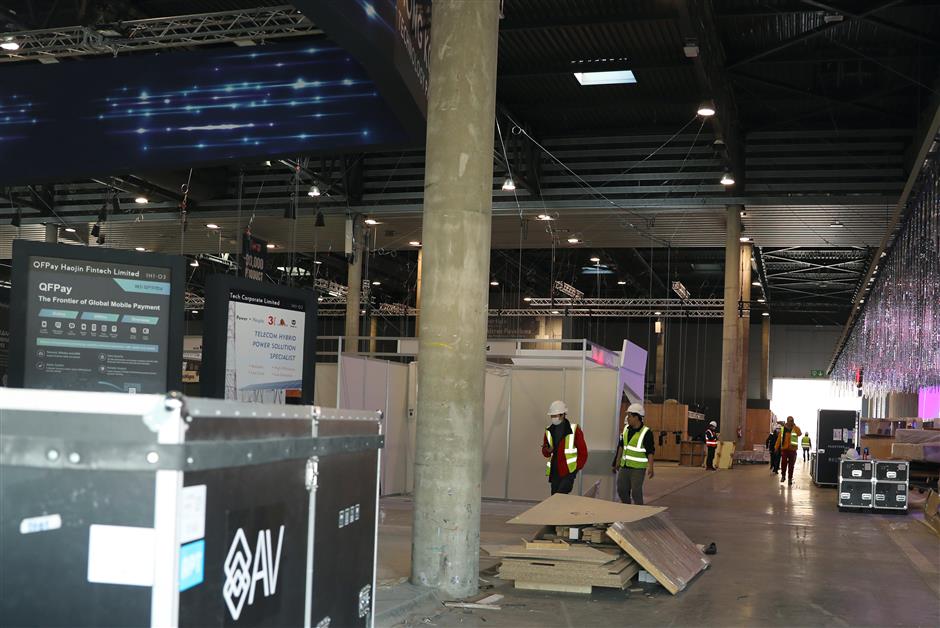 Staff are seen at the Mobile World Congress in Barcelona on Thursday after it was nixed.

Organizers of the Mobile World Congress said on Wednesday (Spain time) they have canceled the world’s top mobile phone trade fair due to fears stemming from the novel coronavirus that sparked an exodus of industry heavyweights.

The mobile fair is one of the biggest events worldwide to be canceled so far owing to the virus that has killed more than 1,300 people to date.

The announcement came after the GSMA, the mobile trade association that organizes the annual show, met to decide the fate of the event that had been planned to run in Barcelona from February 24 to 27.

“The GSMA has canceled MWC Barcelona 2020 because the global concern regarding the coronavirus outbreak, travel concern and other circumstances, make it impossible for the GSMA to hold the event,” a statement said.

It added that the decision was made with “due regard to the safe and healthy environment in Barcelona and the host country” and that host city parties understood the cancellation.

Just hours before the meeting took place, Vodafone, Nokia, Deutsche Telekom, Britain’s BT and Rakuten of Japan had pulled out, following in the footsteps of Intel, Facebook, Cisco and China’s Vivo.

Organizers said the cost of canceling the global fair is not yet known.

Mats Granryd, director general of the GSMA, said on Thursday they could not discuss the costs, as it was “early days yet.”

“It’s not about money,” Granryd said in Barcelona.

But a source close to the event had said that organizers were wary of being left with a cancellation bill of about 100 million euros (US$110 million). They faced resistance from authorities about declaring a health emergency in Spain which would allow insurance to cover the costs.

So far, Spain has only registered two confirmed cases of infection, on offshore islands.

The annual congress normally draws more than 100,000 people, including between 5,000 and 6,000 participants from China, organizers say.

But this year, participation was hammered by the viral outbreak which has infected around 59,900 people. 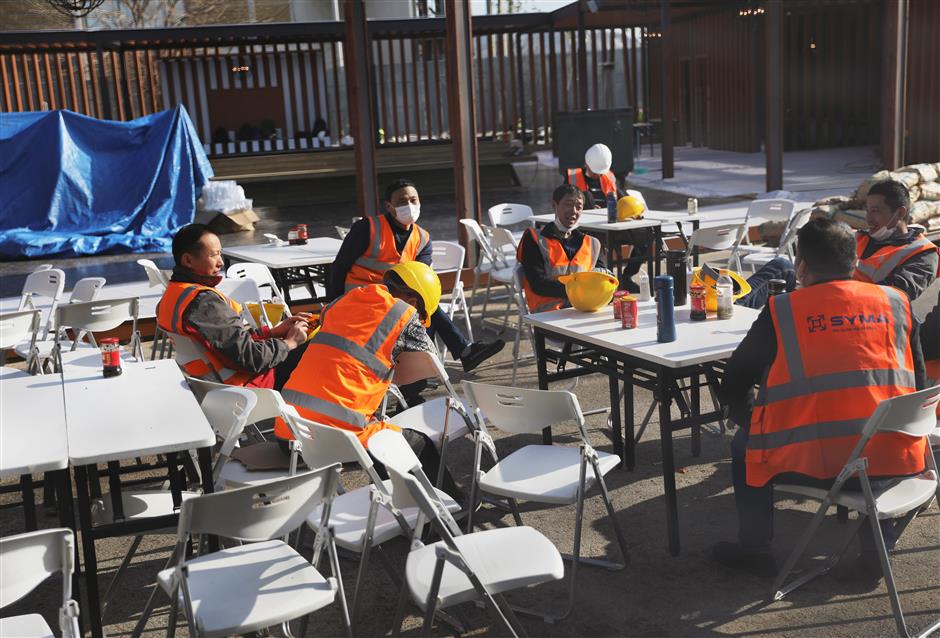 Employees sit outside the Mobile World Congress after being canceled in Barcelona, Spain, on Thursday.

The decision is certain to be a major blow for Barcelona, as the huge trade show was forecast to bring in almost 500 million euros, organizers said.

“It’s the high point of the year,” said Ignacio Arias, manager of the AC Som Marriott hotel which lies very close to the venue where the conference has been held since 2006.

“During the four days of the congress, the hotel is fully occupied with the highest rates of the year. There’s no other week like it,” he said, with his words echoed by fellow hoteliers.

“We were supposed to host the team assembling Sony’s stand but they haven’t turned up. Ericsson has canceled 30 rooms, and Intel and LG have canceled their meeting rooms,” said the manager of another nearby hotel who did not want to give her name.

“It feels like we’ve been working for months for nothing. This year has been pretty sluggish so far and this is just going to finish us off.”

Trade shows have been hit by the virus on several continents, and while Asia’s biggest airshow in Singapore went forward nonetheless, more than 70 exhibitors canceled.

The cancellations began on February 4 when South Korea’s LG Electronics, which occupies one of the largest spaces at the show, said it was pulling out to “remove the risk of exposing hundreds of LG employees to international travel ...”

With the exception of Apple, most major smartphone manufacturers typically present their new products and innovations at the congress.

Before the cancellation, China’s top smartphone maker Huawei as well as its smaller rival ZTE, had pledged their executives and staff would undergo a self-imposed two-week quarantine period, while ZTE said its stand and equipment would be disinfected daily.

The organizers had also sought to reassure exhibitors, saying they would step up security, impose restrictions on visitors and have staff on hand to take visitors’ temperatures.