Stunning comeback for Biden as Sanders ahead in California 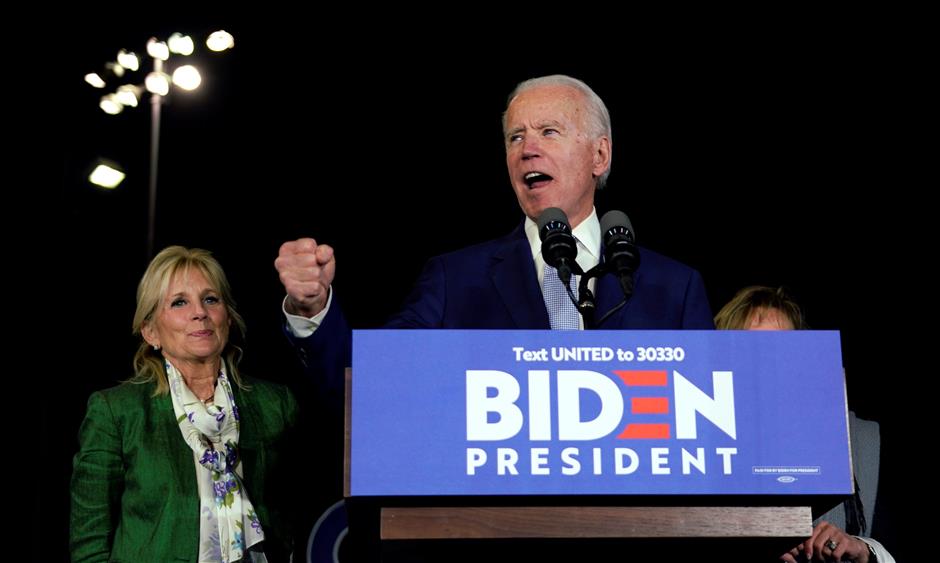 Democratic US presidential candidate and former Vice President Joe Biden addresses supporters with his wife Jill at his side during his Super Tuesday night rally in Los Angeles.

A resurgent Joe Biden scored victories from Texas to Massachusetts on Super Tuesday, revitalizing a presidential bid that was teetering on the edge of disaster just days earlier.

Meanwhile, his rival Bernie Sanders seized the biggest prize with a win in California that ensured he would continue the Democrats’ nomination fight for the foreseeable future.

And suddenly, the Democratic Party’s presidential field, which featured more than a half-dozen candidates a week ago, transformed into a two-man contest.

“People are talking about a revolution. We started a movement,” Biden said in Los Angeles, knocking one of Sanders’ signature lines.

Without citing his surging rival by name, Sanders swiped at Biden from Burlington, Vermont.

“You cannot beat Trump with the same-old, same-kind of politics,” Sanders declared, ticking down a list of past policy differences with Biden on Social Security, trade and military force.

“This will become a contrast in ideas.”

After spending more than US$500 million of his own money, billionaire and former New York City mayor Michael Bloomberg dropped out of the race last night and immediately endorsed Biden’s candidacy.

Massachusetts Senator Elizabeth Warren is teetering on the edge of viability, having finished a disappointing third in her home state’s primary and without any primary wins to date.