21 on stranded US cruise ship test positive for coronavirus 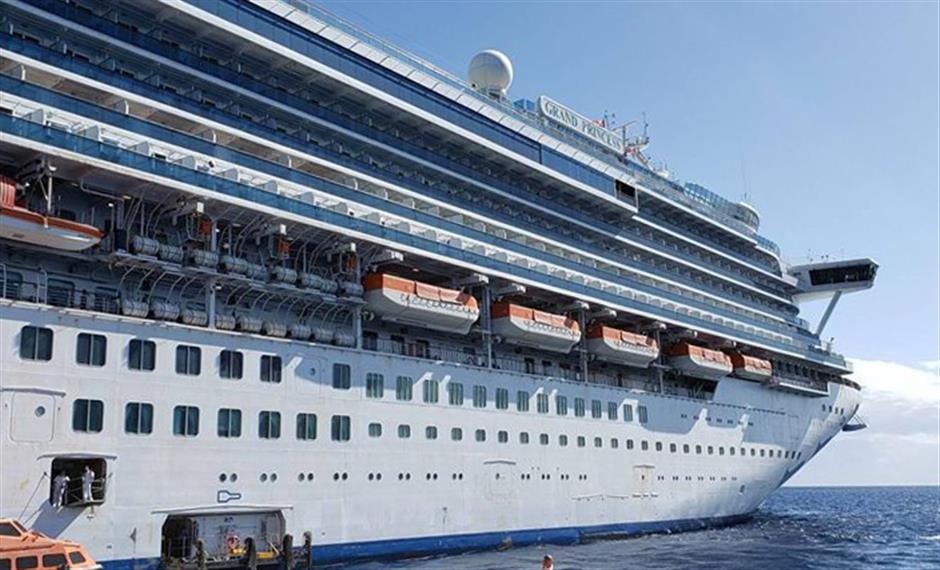 This handout photo taken and released by Carolyn Wright shows the Grand Princess cruise ship during a cruise to Hawaii in February 2020.

Twenty-one people onboard a cruise ship stranded off the coast of San Francisco have tested positive for the new coronavirus, Vice President Mike Pence said on Friday.

"Among those positive for coronavirus were 19 crew members and two passengers," said Pence, who has been tasked by President Donald Trump to coordinate the US government's response to the outbreak.

Pence said the ship will be brought to a non-commercial dock this weekend and all 3,533 passengers and crew will be tested.

"We will be testing everyone on the ship and quarantining as necessary," Pence said. "But with regard to the 1,100-member crew, we anticipate that they will be quarantined on the ship."

The Grand Princess has been stranded off San Francisco since Wednesday — when it was supposed to dock — after it emerged that two people who had been on the ship during its previous voyage had contracted the virus. One later died.

Pence said he believes the numbers of those infected was high among the crew as they had likely been exposed during two previous outings.

"Looks like we'll be stuck here for a while," she said, adding that she was crossing her fingers that neither she nor her friend would end up sick.

Pence said he expects 4 million tests to be shipped to states impacted by the end of next week.

More than 200 people have contracted the virus in the United States, and 12 have died, 11 of them in the state of Washington.

Worldwide, the virus has killed more than 3,450 people and infected more than 100,000 across over 90 nations, according to the latest count by AFP.

Earlier Friday, President Donald Trump signed an emergency US$8.3 billion spending bill to fight the outbreak and visited the headquarters of the Centers for Disease Control and Prevention, in Atlanta.

Meanwhile, the South by Southwest festival in Austin, Texas and the Ultra electronic dance festival in Miami were canceled by authorities as scrutiny ramps up on events that draw large crowds.

More than 400,000 people attended the 2019 edition of SXSW, a music, tech and film festival that was slated to take place March 13-22 although Netflix, Apple and Amazon had already pulled out.

Ultra, scheduled for March 20 to 22, regularly draws in more than 160,000 revelers. The cancellation poses a challenge for Miami, which relies on tourism especially in March and April, when thousands of young people fly south for spring break.

The spread of the disease has prompted some universities and schools in Washington state to cancel classes or move them online.

In an e-mail to students on Friday, the University of Washington said all classes and final exams for the winter quarter, which ends March 20, will take place online.

Another school, Boston-based Northeastern University, which has a satellite campus in Seattle, also said its campus will move to online teaching on Monday.

In California, where more than 60 people have been diagnosed with the virus — including two airport medical screeners — and one person has died, health officials were bracing for the numbers to spike as more and more people are tested.

The person who died was a 71-year-old man who had been onboard the Grand Princess during its previous voyage between San Francisco and Mexico.

Health officials sounded the alarm over the cruise ship after several passengers who were on the previous voyage and remained on the vessel for its next trip to Hawaii developed flu-like symptoms.

Princess Cruises said there were 3,533 people aboard, including 2,422 passengers and 1,111 crew. In total, they represent 54 nationalities.