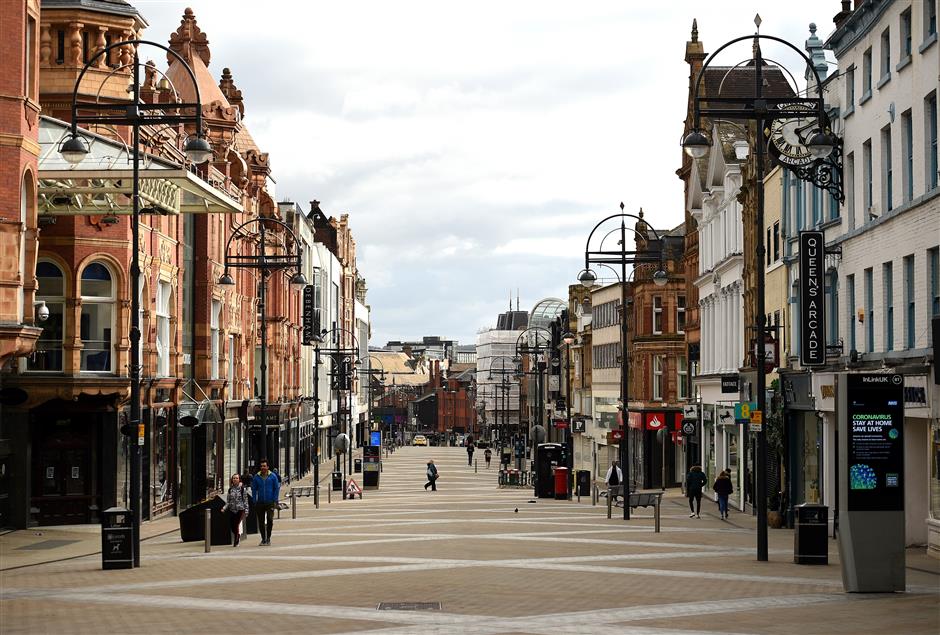 People walk along an empty street near an electronic sign thanking Britain's NHS workers for their efforts, in Leeds, northern England, on March 30.

A total of 22,141 COVID-19 cases have been confirmed in Britain as of Monday morning, marking an increase of 2,619 in the past 24 hours, according to the Department of Health and Social Care.

As of Sunday afternoon, 1,408 patients who tested positive for COVID-19 have died, said the department.

The move came as the government is facing mounting pressure to do more to get stranded citizens back home.

Up to a million Britons are thought to be stranded across the world as airlines and borders shut down in a bid to contain the COVID-19 pandemic, according to Sky News.

"Having consulted with his doctor, the Prince of Wales is now out of self-isolation," said a spokesman of Clarence House, the official residence of Charles and his wife Duchess of Cornwall Camilla.