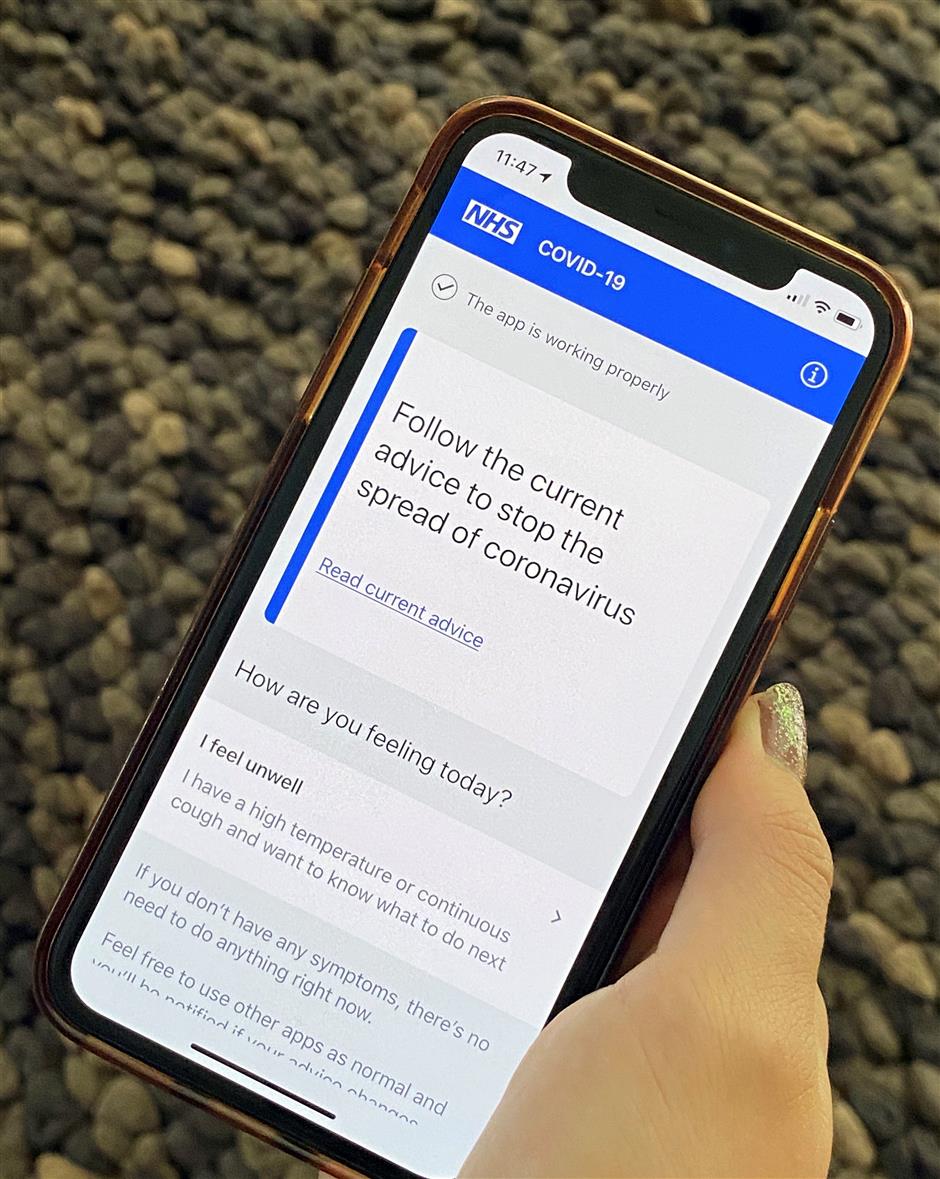 An undated handout image released by Britain's Department of Health in London on May 4, 2020, shows the Government's new NHS COVID-19 app, that they are set to begin trialing with residents on the Isle of Wight in southern England. Britain is banking on an enhanced coronavirus testing regime and contact tracing, including via a smartphone app, to monitor transmission rates and prevent a second wave of infection. The app, developed by the digital arm of the state-run National Health Service (NHS), is to be trialled from next week on the Isle of Wight, off England's south coast.

As governments around the world consider how to monitor novel coronavirus outbreaks while reopening their societies, many are starting to bet on smartphone apps to help stem the pandemic.

But their decisions on which technologies to use — and how far those allow authorities to peer into private lives — are highlighting some uncomfortable tradeoffs between public health and protecting privacy.

“There are conflicting interests,” said Tina White, a Stanford University researcher. “Governments and public health (agencies) want to be able to track people to minimize the spread of COVID-19, but people are less likely to download a voluntary app if it is intrusive.”

Containing infectious disease outbreaks boils down to a simple mantra: test, trace and isolate. That means identifying people who test positive for the novel coronavirus, tracking down others they might have infected, and preventing further spread by quarantining everyone who might be contagious. That second step requires an army of health care workers to question virus carriers about recent contacts.

Smartphone apps potentially speed up that process by collecting data about your movements and alerting you if you’ve spent time near a confirmed virus carrier.

Some countries and local governments are issuing voluntary government-designed apps that make information directly available to public health authorities. For instance, in Australia, more than 3 million people have downloaded such an app touted by the prime minister.

On the other side, a competing approach under development by tech giants Apple and Google limits the information collected and anonymizes what it pulls in so that such personalized tracking isn’t possible. The two giants have pushed for public health agencies to adopt their privacy-oriented model.

Germany and a growing number of European countries have aligned with that approach, while others, such as France and the UK, have argued for more government access to app data.

In Singapore, a large migrant worker population makes about US$15 a day, powers the city’s previously booming construction industry, and has limited usage of smartphones.

When the Southeast Asian city-state launched its tracing app in March, confirmed COVID-19 cases were well under 1,000. But in early April, a rash of new infections in worker dormitories pushed that to more than 18,000, triggering new lockdown policies.

“If we can find a way to automate some of the detective work with technology, I think that would be a significant help,” said Nadia Abuelezam, a disease researcher at Boston College. “It won’t be all we need.”