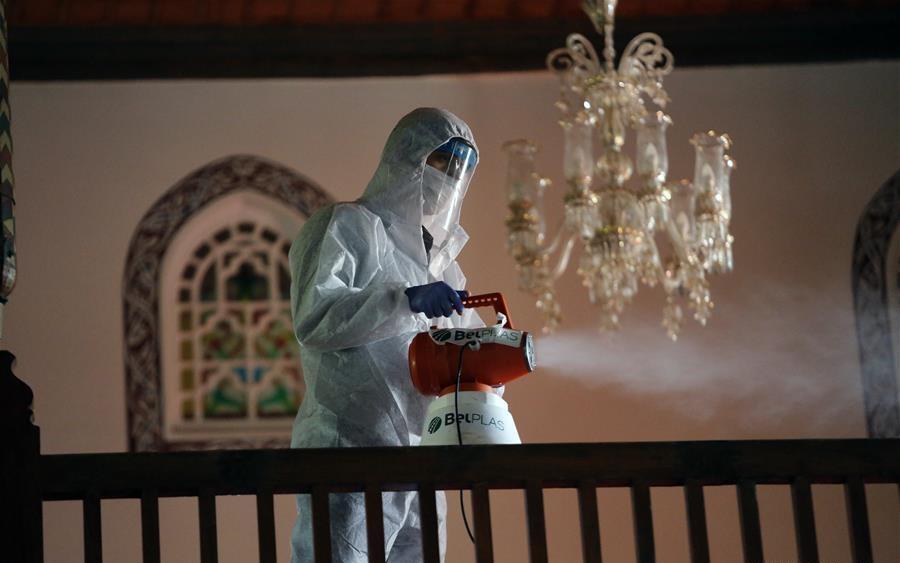 The total number of COVID-19 cases in Turkey, the hardest-hit country in the Middle East, climbed to 163,103 after 983 new infections were reported, Turkish Health Minister Fahrettin Koca tweeted.

The death toll from the coronavirus in the country rose to 4,515 after 26 new fatalities were added in the past 24 hours, he said.

The overall number of recoveries in the country rose to 126,984.

On the same day, Turkey announced that it will resume domestic flights as part of measures towards normalization.

The country also reported 57 new deaths from the virus, raising the death toll to 7,734. A total of 116,827 coronavirus patients have recovered, with 2,533 still in critical condition.

In Qatar, 2,355 new cases of coronavirus infections were detected, bringing the total number to 55,262, while the fatalities remained at 36.

The United Arab Emirates (UAE) announced 726 new COVID-19 cases and two more deaths, raising the tally of infections to 33,896 and the death toll to 262.

The total number of recoveries from the virus in the UAE increased to 17,546 after 449 more fully recovered.

Egypt's coronavirus cases continued the surging trend to reach 23,449 after a daily record of 1,367 new infections were added.

The Egyptian Health Ministry also reported 34 more deaths and 182 cases of recoveries, increasing the death toll to 913 and the total recoveries to 5,693.

In the mean time, Egyptian Health Minister Hala Zayed said that the ministry has increased the number of hospitals tasked with receiving the coronavirus patients to 376 nationwide.

It is worth noting that the number of active cases in Israel decreased to 1,917.

Earlier on the day, Israeli health ministry announced that several schools in which coronavirus cases were detected will be shut down.

Oman's Ministry of Health announced 603 new cases of infections, bringing the total number of COVID-19 cases in the country to 10,423, including 42 deaths and 2,396 recoveries.

Iraq confirmed 306 new coronavirus cases, bringing the total number of infections to 6,179, of whom 195 have died and 3,110 recovered.

Meanwhile, the Iraqi authorities imposed a week-long curfew starting from May 31 to June 6 to curb the latest increase in infections of coronavirus in the country.

Sudan's Health Ministry announced 279 new COVID-19 cases and 29 deaths, bringing the total confirmed cases to 4,800 and the death toll to 262.

Yemen's health ministry confirmed 27 new COVID-19 cases, bringing the tally of infections to 310 in the country's provinces controlled by the government, including 77 deaths and 13 recoveries.