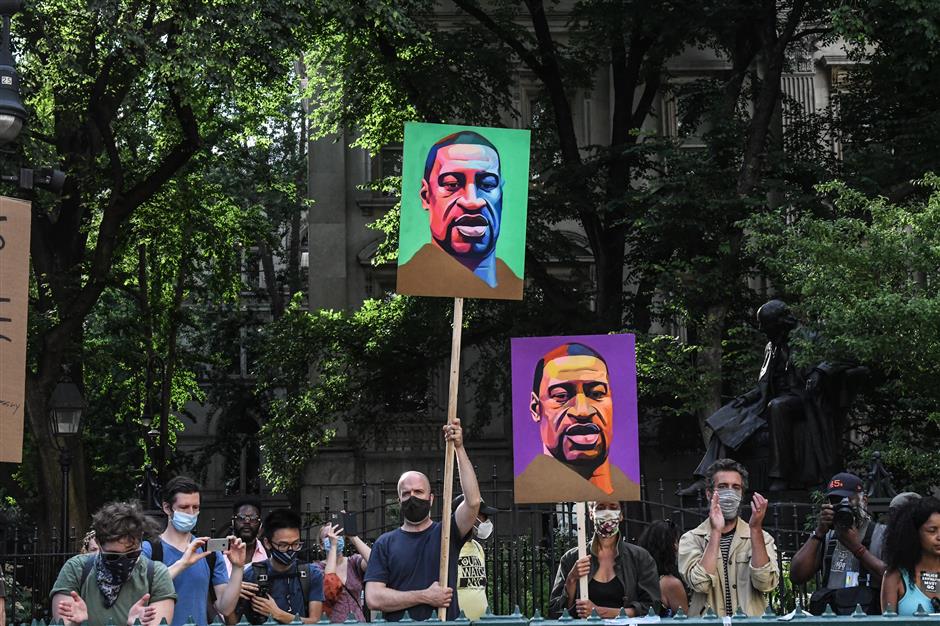 People listen to speakers in a protest encampment on June 25, 2020, in a park near City Hall in New York City.

The Democratic-led US House of Representatives on Thursday passed a sweeping police reform legislation largely along party lines, in the wake of a national outcry against police brutality and racism.

The bill was passed in a vote of 236-181, with three Republicans crossing party lines to vote on the Democratic side.

It came one day after Senate Democrats blocked a competing Republican version on a key procedural vote and is not expected to be taken up in the Republican-controlled Senate.

Under the House legislation, chokeholds and no-knock warrants would be banned for all federal law enforcement agencies and a national registry of police misconduct will be set up and maintained by the Department of Justice. The bill will also make it easier to both prosecute and sue individual police officers in cases of misconduct.

"When we pass this bill, the Senate will have a choice: to honor George Floyd's life or to do nothing," House Speaker Nancy Pelosi said ahead of the vote.

Senate Majority Leader Mitch McConnell has already shot down the House's plan, calling it overreach and said it will not advance in the Senate, local media reported.

The bill, titled George Floyd Justice in Policing Act of 2020, was named in honor of the 46-year-old black man who pleaded "I can't breathe" before dying in police custody in Minnesota in late May. His death has prompted weeks of protests and civil unrest in at least 140 cities across the United States since then.