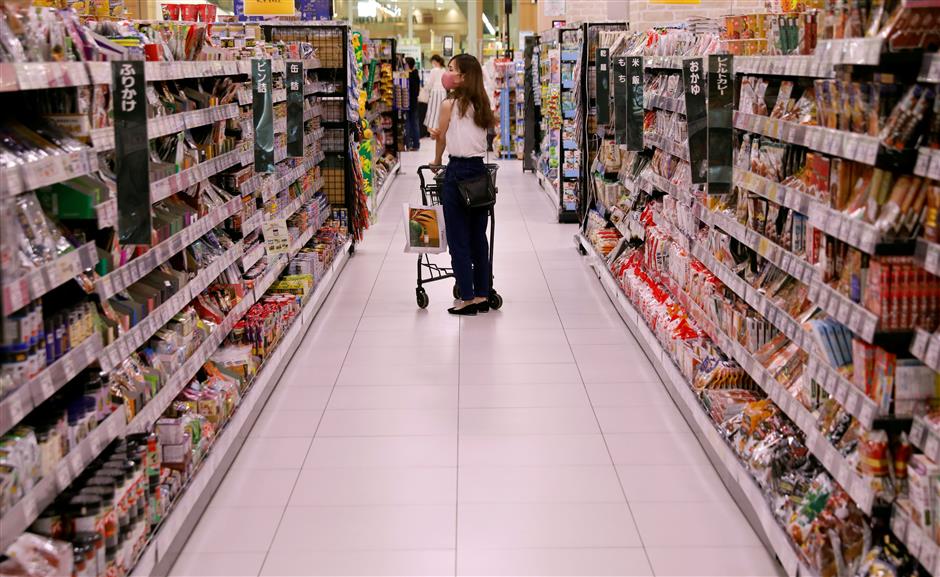 In this file photo taken on May 28, 2020, a shopper wearing a protective mask pushes a shopping cart at Japan’s supermarket group Aeon’s shopping mall.

The coronavirus has forced Japan’s notoriously fussy food shoppers to abandon doubts about online grocery stores, sending retailers such as Aeon Co scrambling to meet a surge in delivery demand.

Although Japanese shoppers aren’t alone in going online during the outbreak, the shift is remarkable for a country that had been expected to take years to embrace online food shopping because of a zeal for fresh and perfectly presented produce.

“I think that this pandemic has triggered an inflection point in the adoption of grocery e-commerce,” said Luke Jensen, executive director of Ocado Group, hired to build a grocery e-commerce business for Japanese retail giant Aeon.

Most firms won’t disclose numbers, but retail executives and analysts estimate Internet sales now account for about 5 percent or more of Japan’s total grocery sales, compared with 2.5 percent before the pandemic.

Although that is still lower than some pre-crisis estimates of 15 percent in China and even 7 percent in broadband laggard Britain, it challenges a long-held belief that Japanese shoppers will always go shopping daily and in person.

Although fears of shortages have subsided, online deliveries have made it easier as she works from home, making three meals a day for her family, including her 3-year-old son. She’s also happy to avoid stores amid fears of infections.

“There’s no need for face-to-face, dealing with registers, or standing in line,” she said. She also persuaded her parents to go online. “They were shopping every day in the supermarket, and I really didn’t want them to.”

As more households have two people working, people want to spend less time shopping. But they still have exacting standards for service and quality, which have perplexed foreign entrants such as Carrefour and Tesco.

Such changes are closely watched as Japan is one of the world’s most valuable grocery markets, worth over 50 trillion yen (US$466.42 billion) a year.