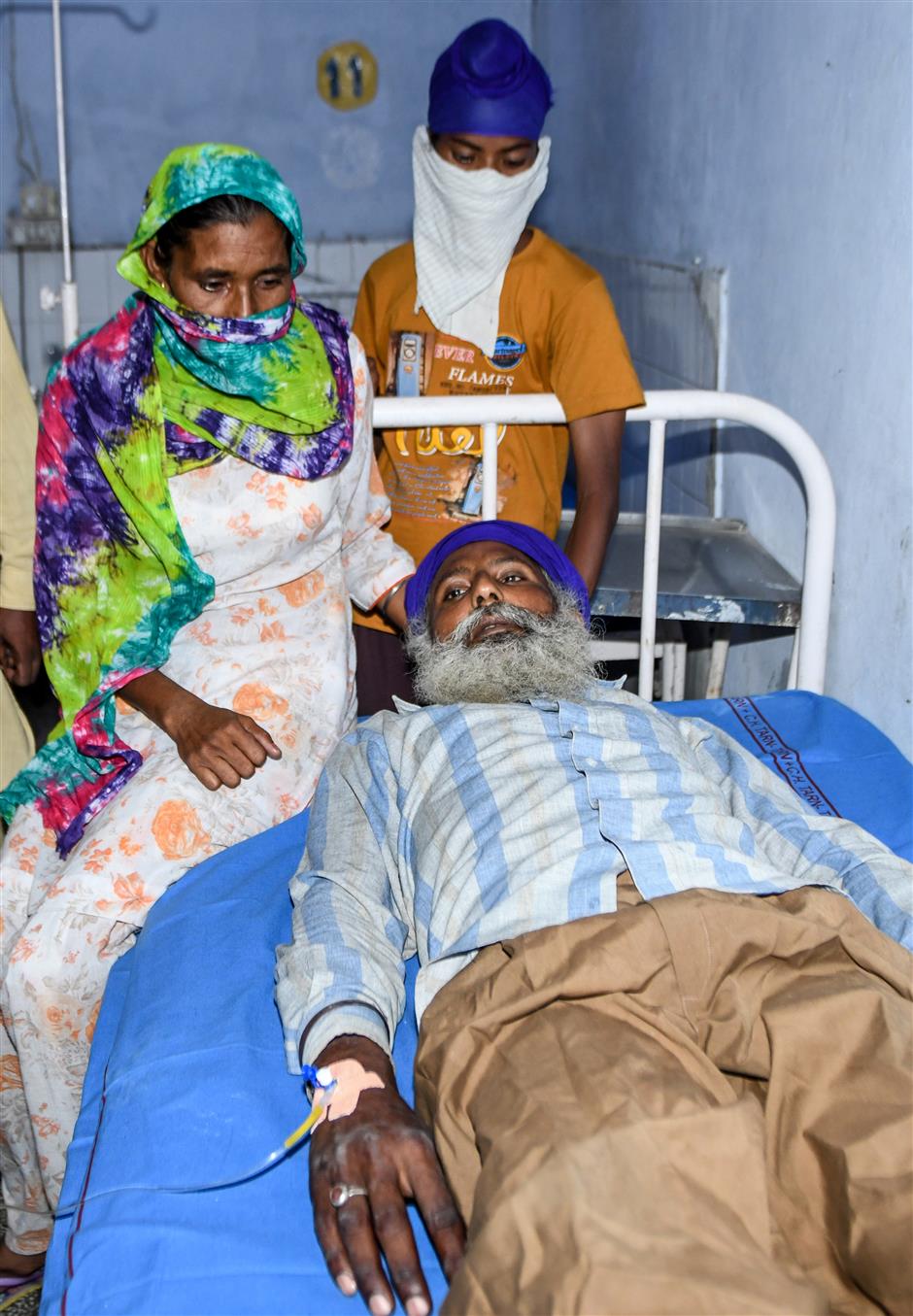 Relatives sit near patient Jugraj Singh (on the bed) who is treated at a civil hospital after allegedly drinking spurious alcohol, in Tarn Taran some 25 km from Amritsar on Sunday.

More than 80 people have died in recent days after drinking toxic bootleg alcohol in the Indian state of Punjab, officials and reports said on Saturday.

The people died in three districts of the northern state and police have arrested 25 people, according to the Press Trust of India news agency.

Hundreds of people die every year in India from poisoned alcohol that is made in backstreet distilleries and sells for as little as 10 rupees (US$0.13) a liter.

An official said that 11 people had died in Gurdaspur district. The Press Trust said the illicit booze had killed 12 people in the neighboring district of Amritsar and 63 in Tarn Taran.

Other deaths were suspected in recent days but could not be proved as the bodies had been cremated without an autopsy.