DPRK top leader calls for efforts to recover from typhoons 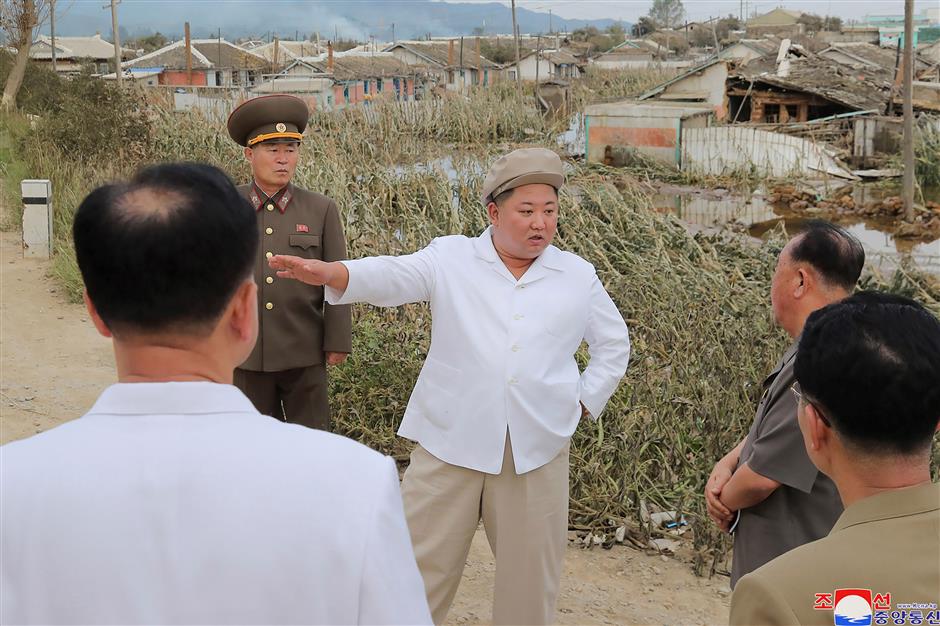 DPRK’s leader Kim Jong Un saying the damage had disrupted central planning for the rest of the year.

Typhoon Maysak brought days of heavy downpours to the country’s east coast last week even as it was still reeling from earlier flooding and typhoon damage, and this week it was followed by Typhoon Haishen.

Maysak “destroyed or inundated” more than 2,000 houses and tens of public buildings in the affected regions, the official KCNA news agency said.

Sixty kilometers of roads and 59 bridges collapsed, with over 3,500 meters of railway roadbeds “swept away.”

The damage obliged the authorities to “change the direction of our struggle after comprehensively considering the year-end tasks that were underway,” Kim told a top committee of the ruling Workers’ Party of Korea, according to KCNA.

It did not give specific details.

Kim has ordered some 12,000 Pyongyang-based party members to help with recovery efforts in affected rural regions, and they attended a rally on Tuesday before being dispatched.

“We are afraid of nothing,” said Kang Chol Jin, a party member at the event in front of the Kumsusan Palace of the Sun, the giant mausoleum that holds the bodies of Kim’s grandfather and father, DPRK’s founder Kim Il Sung and his son and successor Kim Jong Il.

“We firmly confirm our determination to go to the typhoon-afflicted areas and complete our missions as soon as possible,” Kang added.