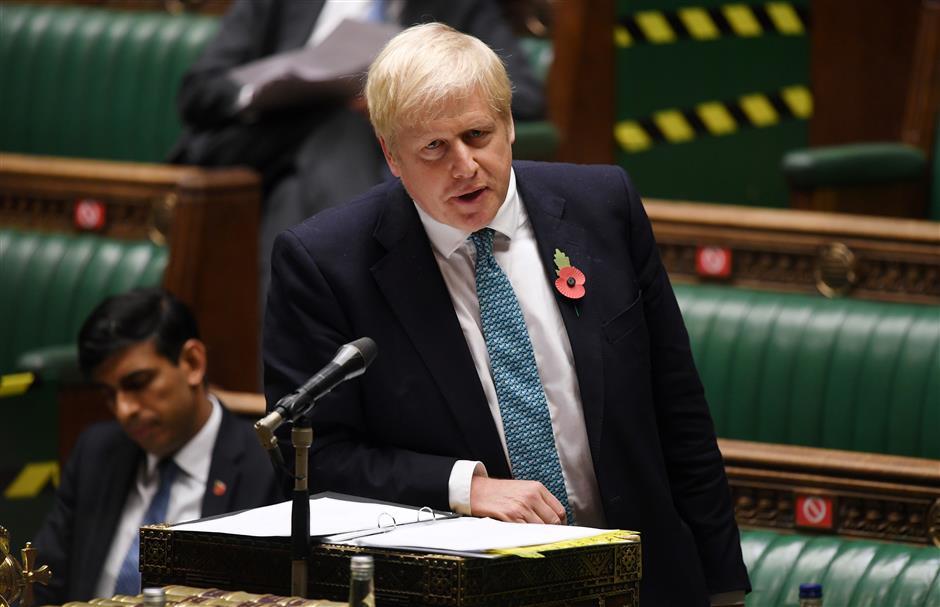 Britain’s Prime Minister Boris Johnson speaks in the House of Commons in London on Monday about new coronavirus lockdown measures.

Britain will launch a COVID-19 mass testing pilot scheme in the northwest city of Liverpool this week, offering everyone tests whether or not they have symptoms, in an attempt to find a new way to use testing to limit the spread of the coronavirus.

Prime Minister Boris Johnson promised a “world-beating” national test-and-trace system earlier this year, whereby people with symptoms get tested and the contacts of positive cases are asked to self-isolate.

But the scheme has disappointed.

A second national lockdown is due to come into force in England on Thursday, but the government has cited the prospect of regular mass testing, which can pick up asymptomatic cases, by the spring as a reason for optimism.

“It is early days, but this kind of mass testing has the potential to be a powerful new weapon in our fight against COVID-19,” Johnson said in a statement.

Everyone living or working in the city, one of the worst-hit in the country, will be offered repeat tests at existing sites as well as numerous new sites including care homes, schools, universities and workplaces.

Johnson said that depending on the pilot’s success, millions of the new rapid tests could be distributed elsewhere in the country before Christmas to help local authorities drive down transmission in their areas.

Many countries are exploring the role mass testing can play in containing the virus.

However, the head of the World Health Organization’s emergencies program, Mike Ryan, has said that broad population testing is costly and unrealistic. Even if some testing of asymptomatic people can be helpful.

“Some caution is needed to qualify headlines that mass testing will somehow transform the situation we are now in,” said Alexander Edwards, Associate Professor in Biomedical Technology at the University of Reading.