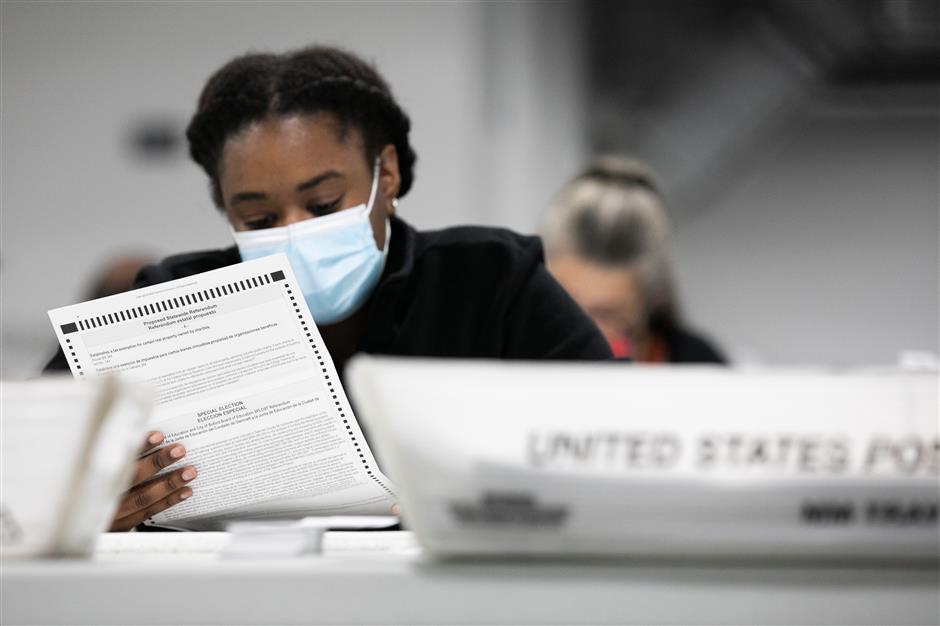 A Gwinnett County election worker looks over absentee and provisional ballots at the Gwinnett Voter Registrations and Elections office on November 6, 2020, in Lawrenceville, Georgia.

There will be a recount in Georgia due to a small margin in the White House race in the southeastern state, an official said on Friday.

"With a margin that small, there will be a recount in Georgia," Secretary of State Brad Raffensperger said at a press conference, adding that they are "not seeing widespread fraud."

The remarks came as the updated vote count showed that Democratic presidential nominee Joe Biden is leading sitting President Donald Trump by fewer than 1,600 votes in the "Peach State," with 99 percent of votes reported.

Raffensperger noted the race remains "too close to call" with fewer than 5,500 ballots left to be counted in a handful of counties and 8,890 military ballots outstanding.

As of Friday morning, Biden is leading the 2020 presidential election with 253 electoral votes, while Trump has taken 213, according to CNN.

Fox News and The Wall Street Journal have forecast a higher number of electoral votes for the former US vice president at 264, awarding him Arizona, which carries 11 votes.

To win the presidential election, a candidate needs at least 270 electoral votes of the 538 in total.

Most of the major news networks in the United States have not yet called the race for Pennsylvania, Georgia, North Carolina, Nevada and Alaska, as the vote tabulation continues.

In a statement on Friday morning, the Trump campaign said they believe "this election is not over," arguing that results in some battleground states "are far from final."