Trump pardons Michael Flynn, who lied to FBI over Russia 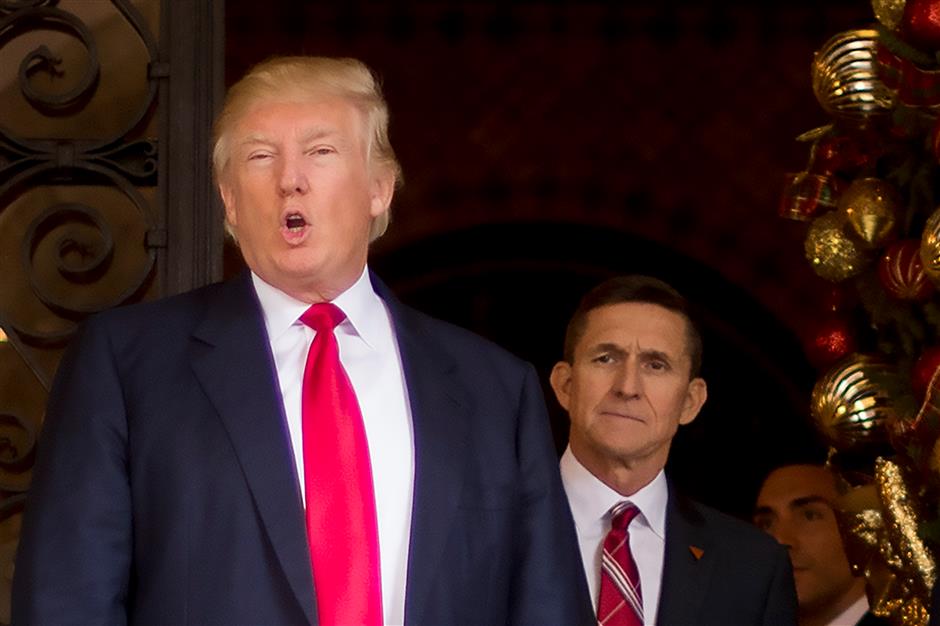 President Donald Trump announced on Wednesday he had pardoned Michael Flynn, the former security adviser whose lies about his Russian contacts spurred the troubling investigation into Trump campaign collusion with Moscow.

The pardon, which was expected, came in the final weeks of Trump's presidency, two years of which was spent fighting the allegations that Trump had overseen and sought to cover up a dangerous scheme of cooperation with Russia.

It was the first of several possible pardons that analysts think Trump could extend to political aides and allies before he steps down on January 20.

It also appeared to bring to a close the last case arising from special counsel Robert Mueller's sprawling 2017-2019 investigation of the Trump campaign, which saw six campaign associates plead guilty or be convicted at trial.

"It is my Great Honor to announce that General Michael T. Flynn has been granted a Full Pardon," Trump tweeted.

In a broader statement, the White House said the pardon brings "an end the relentless, partisan pursuit of an innocent man."

The statement said the investigation into Flynn was part of "a coordinated attempt to subvert the election of 2016" and to "undermine (Trump's) administration at every turn."

Flynn was initially targeted in an FBI counterintelligence investigation over secret phone calls with the Russian ambassador to the United States in December 2016, after Trump's election victory but before he took office.

In one key phone call Flynn sought to undermine the impact of sanctions and expulsions announced by then-President Barack Obama against Moscow for its interference in the 2016 election.

Coupled with Flynn having taken significant sums of money over the previous two years for appearances with Russian companies — including one in which he sat next to Russian President Vladimir Putin at a Moscow gala — US investigators were concerned that Trump's top national security aide may be vulnerable to compromise.

He was forced to resign as Trump's national security adviser in February 2017, less than four weeks into the administration.

Trump's efforts to defend and protect Flynn led to the naming of an independent counsel, Robert Mueller, whose investigation into both collusion and obstruction of justice clouded the first half of Trump's tenure in office.

In late 2017 Flynn reached a deal with investigators and pleaded guilty, twice, to lying to FBI agents, avoiding heftier charges tied to his allegedly illegal lobbying for Turkey.

But after Flynn's trial exposed some missteps by the FBI and investigators, Trump and his supporters said it was evidence that the entire Mueller probe was politically tainted, Trump labeling it a "witch hunt."

Just as he faced a light sentence of possibly weeks in jail, the former Pentagon intelligence chief did an about-face last year, seeking to withdraw his plea.

Then, in a bizarre series of events that raised charges of political interference, Attorney General Bill Barr, the Trump-picked head of the Justice department, overrode his own prosecutors to try and drop the case entirely.

The federal judge in the case rejected that move, and the two sides continued to battle in court.

"Trump has once again abused the pardon power to reward Michael Flynn, who chose loyalty to Trump over loyalty to his country," said Adam Schiff, chairman of the House Intelligence Committee which also investigated Russian collusion.

"Flynn lied to the FBI about his communications with the Russians — efforts which undermined US foreign policy after sanctions were imposed on Russia for interfering in our elections," he said.

"A pardon by Trump does not erase that truth, no matter how Trump and his allies try to suggest otherwise."