Britons urged not to hoard food amid EU impasse 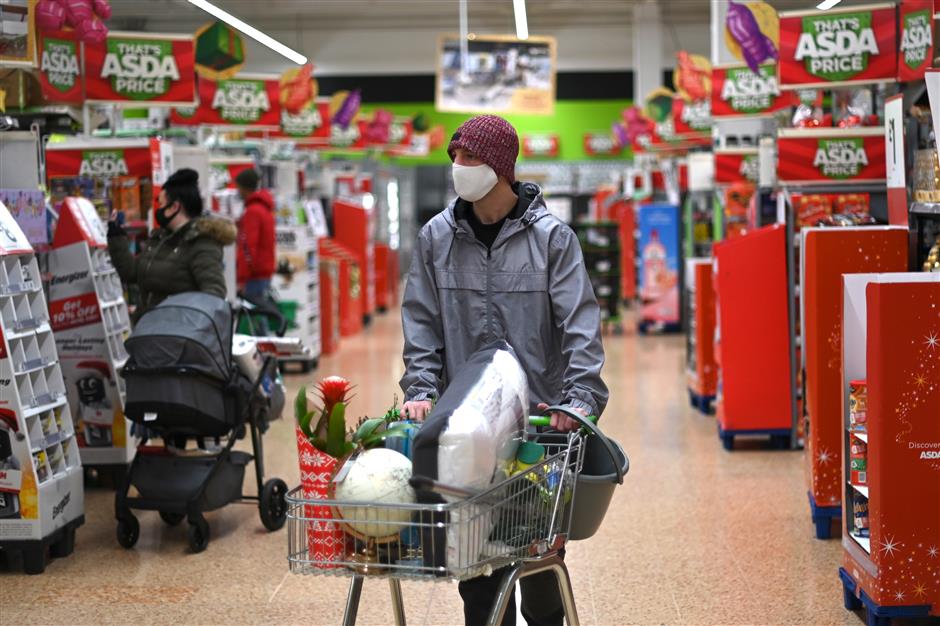 A shopper wearing a protective face covering to combat the spread of the COVID-19, walks the aisles of an Asda supermarket in London on Monday.

UK shoppers worried about the government failing to secure a post-Brexit trade deal with the European Union should not stockpile food, British business secretary Alok Sharma said on Monday.

Britain and the EU agreed on Sunday to “go the extra mile” in coming days to try to reach an elusive trade deal despite missing their latest deadline to avert a turbulent exit at the end of the month.

Sharma said he was confident food supplies would be maintained even if Britain leaves the bloc without a trade deal. “I’m very confident that actually the supply chains will still be in place,” he told Sky News.

“I would say to everyone — do your normal shopping as you would do and I think we’ll find we’re going to be absolutely fine.”

Britons stocked up on long-life goods in March as the country entered a COVID-19 national lockdown, stripping some shelves bare and forcing many people to queue for hours or drive further than normal to find goods such as toilet roll, tinned tomatoes and rice.

The British Retail Consortium said on Sunday that retailers were doing everything they could to prepare for all eventualities on January 1 — increasing their stocks of tins, toilet rolls and other longer life goods so there would be sufficient supply of essential products.

It also said that there was no necessity for the British public to buy more food than usual as the main impact would be on imported fresh produce, such as fresh fruit and vegetables, which cannot be stored for long periods.

The BRC has warned of higher prices without a trade deal. Tesco, Britain’s biggest supermarket group, has said consumers should expect price increases of between 3 percent and 5 percent.

However, Sharma said the impact would be less. “I think we are talking less than 2 percent in terms of a potential impact, obviously there will be certain products where it may be a little bit more,” he told BBC television.