A new fashion in Milan: the online catwalk 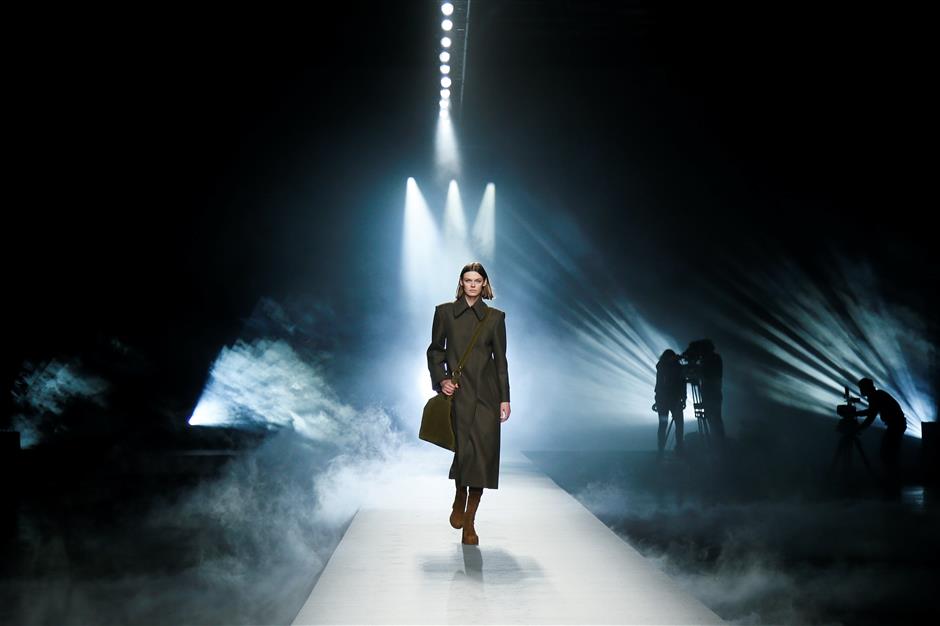 A model presents a creation from the Alberta Ferretti Fall/Winter 2021/2022 women’s collection digital show during Fashion Week in Milan, Italy.

Italian brand Missoni kicked off the first day of Milan Fashion Week on Wednesday, with designers once again forced to swap the buzzing catwalks for digital presentations due to the COVID-19 pandemic.

No sharply dressed crowds attend the extravaganza’s opening: it’s virtual catwalk shows only, with the likes of Armani and Prada presenting new women’s collections for autumn and winter 2021-22.

The word “coronavirus” was just starting to pop up in conversations among members of the global style elite as they gathered for the February 2020 edition of Milan Fashion Week.

Last year, Italy’s first outbreak was taking hold in Codogno, an hour’s drive away from Milan. That prompted Armani to announce it would present its collection behind closed doors — a first in fashion history.

COVID-19 would quickly spread across Italy, prompting the first national lockdown in Europe as the crisis swiftly took on global proportions.

A year later, the global luxury sector is in dire economic straits, with few reasons to dress up as comfort-wear has become the new uniform for the housebound.

Milan organizers nevertheless intend the latest Fashion Week, which runs until Monday, to show that the industry can adapt in the face of crisis.

And there is hope that the arrival of vaccines will lead to a fashion bounce-back.

Italy’s National Chamber of Fashion has set up a dedicated online hub for the week’s events, which include 68 shows and 65 collection presentations.

An event called “We Are Made In Italy” by the Black Lives Matter in Italian Fashion collective was presented on Wednesday, which has been pushing for greater diversity in the industry.

The next six days will see a parade of online catwalk shows, either live or prerecorded, by brands including Prada, Moschino, Armani, Dolce & Gabbana and Valentino.

In the brave new world of virtual fashion weeks, the success of the latest Milan edition will be measured in terms of how many eyeballs it manages to reach.

According to analysis by media monitor DMR, the shows also reached more than 600 million users on social media.

The Italian fashion sector’s revenues plunged 45 percent in the second quarter of the year 2020, the height of the lockdown, but losses for the year as a whole are estimated at 26 percent.

The National Chamber of Fashion released a study on fashion economic trends earlier this month, looking at various factors that could shape the industry’s recovery in the medium to long term.

In the most optimistic scenario, a successful mass vaccination campaign and strong support for businesses as they emerge from the crisis could lead to growth of around 15 percent, the report predicted.

But if restrictions on commercial and social life continue until 2022 as authorities struggle to stamp out the virus, the bounce-back could be limited to 6 percent growth, it said.

Italy’s brand-new government, led by former European Bank Chief Mario Draghi, is currently weighing the best way out of a crisis that has claimed more than 95,000 lives in the country and savaged the economy.