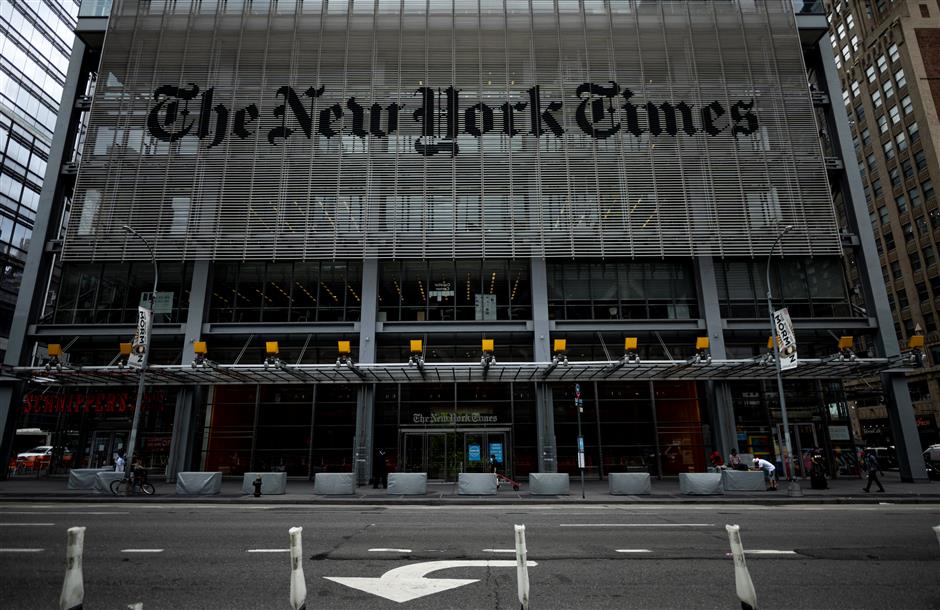 Tensions have cooled between the media and the White House after four tumultuous years — potentially bad news for outlets struggling with a long downtrend in the industry.

The so-called “Trump bump” which boosted viewers and subscriptions at outlets such as CNN and the New York Times now appears to have turned into a slump following the departure of Donald Trump from the presidency.

At CNN — at loggerheads with Trump for much of his tenure — viewership in prime time slid 50 percent in March compared with a year ago, with smaller declines for cable news rivals Fox News Channel and MSNBC, according to Nielsen data.

Online visits to the New York Times fell 30 percent from November to February and 27 percent at the Washington Post, according to the research firm ComScore.

Some of the declines can be attributed to a falloff from the contentious election season, but they also underline harsh economic realities facing the media which predate the Trump era.

“This is not a new economic reality, we’ve seen this downtrend for years,” said Adam Chiara, a communications professor at the University of Hartford.

Chiara said the Trump years gave a “temporary bump” to news organizations like the New York Times, which has seen sharp gains in digital subscribers, and CNN, which had a strong following.

But the long-term trend, Chiara said, is people moving away from traditional cable bundles and newspaper subscriptions, relying instead on online platforms.

“Almost all my students are getting their news from social media,” he said.

The Trump era was one of solid growth for key news outlets, especially those that served as a watchdog on the US leader. The number of CNN viewers doubled since 2014, while MSNBC’s tripled.

The New York Times has boosted the number of subscribers to more than 7 million, but analysts warn that future growth may be limited.

Boston University political communications professor Tobe Berkovitz said many legacy outlets are facing a reckoning now in the on-demand digital economy after the intensity of the Trump era.

“Trump was the goose that laid the golden egg and that was especially true for the cable networks and dominant newspapers,” Berkovitz said.

The lack of drama in Washington means “fewer eyeballs” for media outlets, Berkovitz said, which translates into declining ad revenues and subscriptions, deepening their economic woes.

Mark Lukasiewicz, dean of the Hofstra University school of communications, said Americans may be ready for a break from the intense period of news over the past few years during which Trump attacked the media as scandals were unearthed about his administration.

“I think people were exhausted by the drama and the tension, and probably quite understandably, are turning back to some other interests in their lives, to their families, to their kids, to their work, to their lives and away from the news,” Lukasiewicz said.

“I don’t think it’s simply the departure of Donald Trump. I’m sure Donald Trump would like to think that his presence alone controls the success of news media. In the United States, I just don’t think that’s true.”

Berkovitz said President Joe Biden is “a boring guy” who doesn’t generate much drama, making it more difficult to attract readers and viewers.