IP waivers for vaccine output 'not a solution' 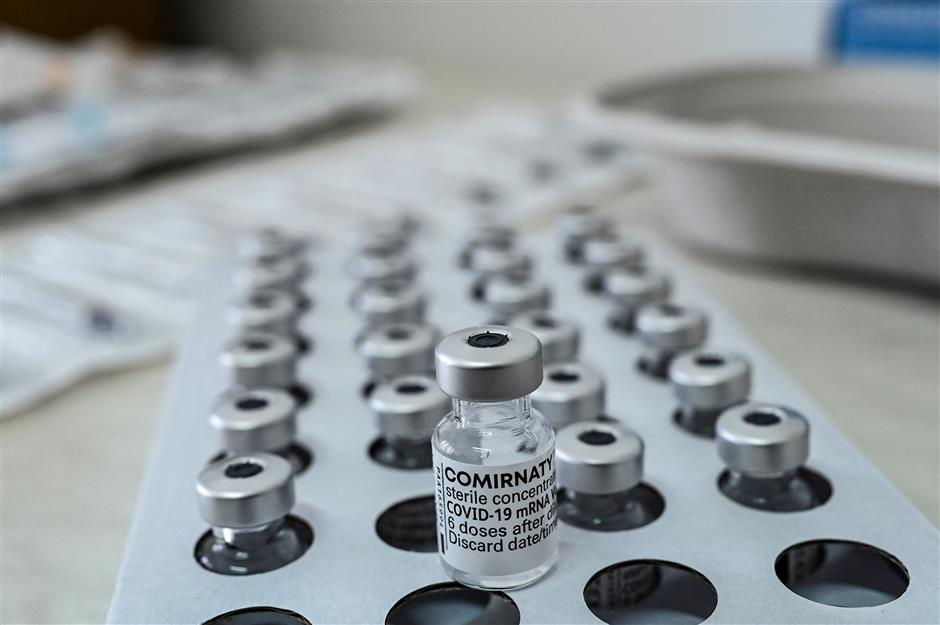 Vials of Pfizer/BioNTech COVID-19 vaccine at the health center of Elafonissos, Greece.

The granting of intellectual property waivers is not the right way to increase output of COVID-19 vaccines, the founder of German vaccine maker BioNTech said on Wednesday, advocating instead the award of production licenses.

Such waivers are among the options being considered by the US President Biden’s administration for maximizing the production and supply of vaccines, though no decision has been made, White House press secretary Jen Psaki said on Tuesday.

“This is not a solution,” BioNTech CEO Ugur Sahin said.

BioNTech, which makes and markets its messenger RNA-based shot in partnership with US drugmaker Pfizer, considers close cooperation with selected production partners to be the right approach because its vaccine is hard to make.

“We are considering ways to issue special licenses to competent producers,” Sahin said. This would ensure that the quality of vaccines delivered to different regions of the world is consistent, he added.

The BioNTech/Pfizer vaccine has been widely administered in countries including Israel, the United States and Britain, and is also the lead vaccine in the European Union’s inoculation campaign.

Sahin said it was important that shots produced in the European Union could be exported to other parts of the world.

The region could expect to achieve herd immunity by late summer, but it would be of little use if Europe was safe but the virus continued to rampage elsewhere, he added.