Japan will use GPS to track foreign Olympics journalists 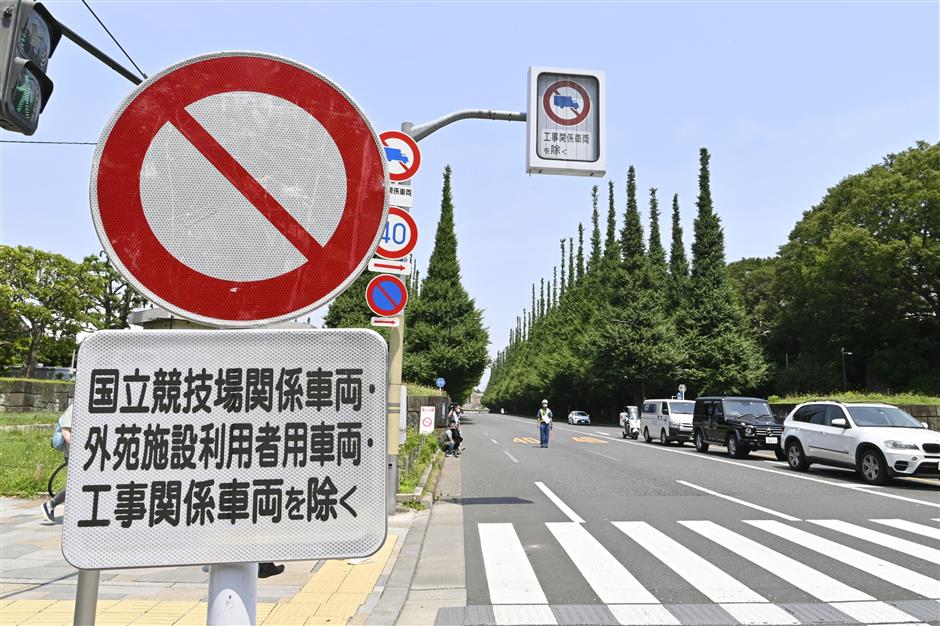 Traffic restriction begins near the National Stadium in Tokyo on Tuesday, some 40 days ahead of the opening of the Tokyo Olympics.

Foreign journalists covering the Tokyo Olympics will have their movements tracked by GPS, the Games president said on Tuesday, and could have their passes revoked if they break pandemic rules.

Organizers of the pandemic-postponed 2020 Games, which open in just over six weeks, are trying to reassure a sceptical public that the mega-event can be held safely under strict virus rules.

The about 6,000 reporters visiting Japan for the Olympics must provide a detailed list of areas they will visit for their first two weeks in Japan, such as sports venues and hotels.

And Tokyo 2020 chief Seiko Hashimoto said tracking technology would be used to make sure they only go where they are supposed to.

"To make sure that people don't go to places other than the places where they are registered to go, we will use GPS to strictly manage their behavior," Hashimoto said before a Tokyo 2020 executive board meeting.

Reporters will be urged to stay in designated hotels rather than private lodgings, she added.

The number of hotels will be reduced from an originally planned 350 to around 150, she said, as organizers try to keep visitors under close supervision.

Athletes will also face tight restrictions on their movements as well as being tested daily for the virus.

Overseas fans have already been banned from attending the event, and organizers will decide later this month how many domestic spectators – if any – can watch the competitions.

Japan has seen a smaller COVID-19 outbreak than many countries.

But until recently its vaccine rollout has been relatively slow, with around 3.5 percent of the population fully vaccinated so far.

National polls have tended to show that most respondents oppose holding the Olympics this summer, backing either a further postponement or cancellation.