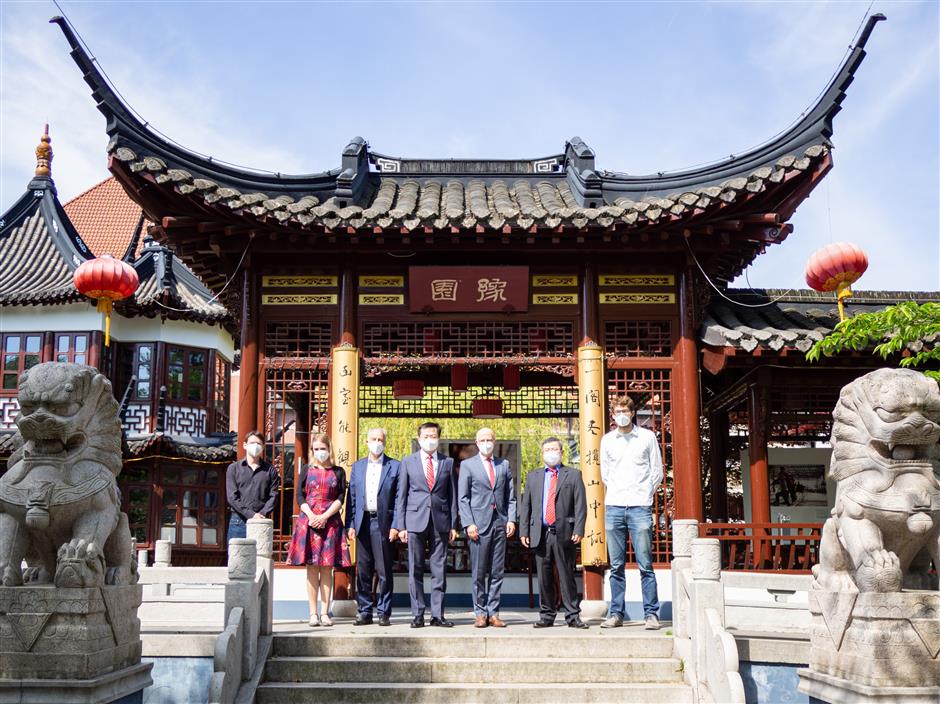 Online and offline events were organized to celebrate a 35-year sister-city relationship between Shanghai and Hamburg at the Yu Garden in Hamburg.

Online and offline events were organized to celebrate a 35-year sister-city relationship between Shanghai and Hamburg in the German city, which also kicked off the digital China Festival in Hamburg.

An opening ceremony was held at the Yu Garden in Hamburg, a complex built based on building styles in the Yuyuan Garden in Shanghai. On the occasion, "Biking Through the Sister Cities Shanghai and Hamburg," a video produced to celebrate the 35th anniversary of the establishment of the sister-city relationship between the two cities, made its debut, showing the green, livable, harmonious and beautiful environments and landscapes in the two cities.

Shanghai Mayor Gong Zheng delivered his congratulation for the anniversary via a recorded video. 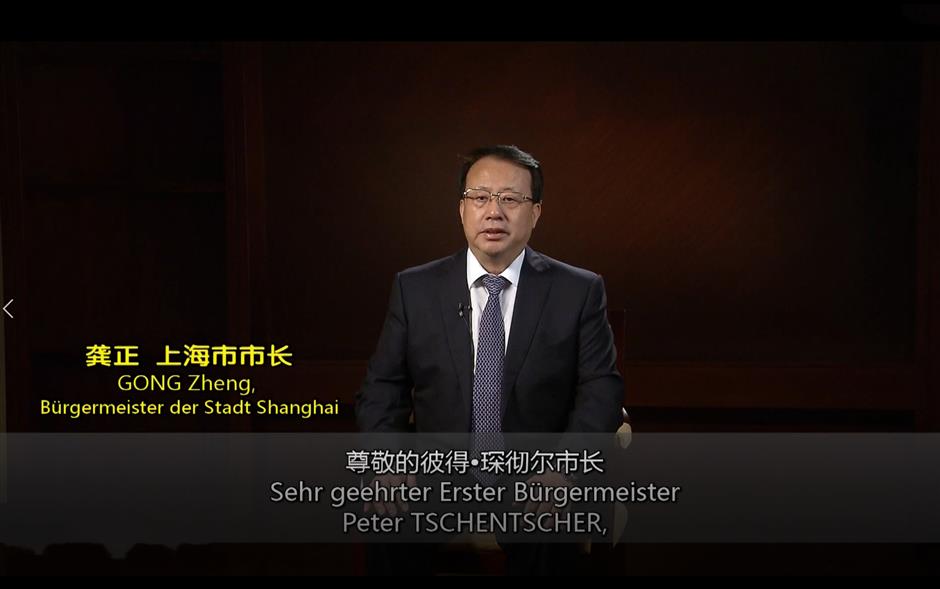 "Shanghai and Hamburg are an important bond for the friendship between China and Germany," he said. "In the past 35 five years since we tied up with each other, our two cities have been cooperating closely in areas such as economy and trade, ports, science and technology, urban planning, culture and education, and have made fruitful achievements. Especially in the face of COVID-19, Shanghai and Hamburg have been standing shoulder by shoulder and hand in hand to fight the pandemic, fully demonstrating the deep friendship between us."

Gong also extended a warm welcome to German and Hamburg enterprises to invest in Shanghai and take part in the fourth China International Import Expo.

"Hamburg and Shanghai have a lot to learn from each other," said Hamburg Mayor Peter Tschentscher at the ceremony. "The digital China Festival is a good opportunity for cultural exchanges and promote mutual understanding of each other's lifestyle." 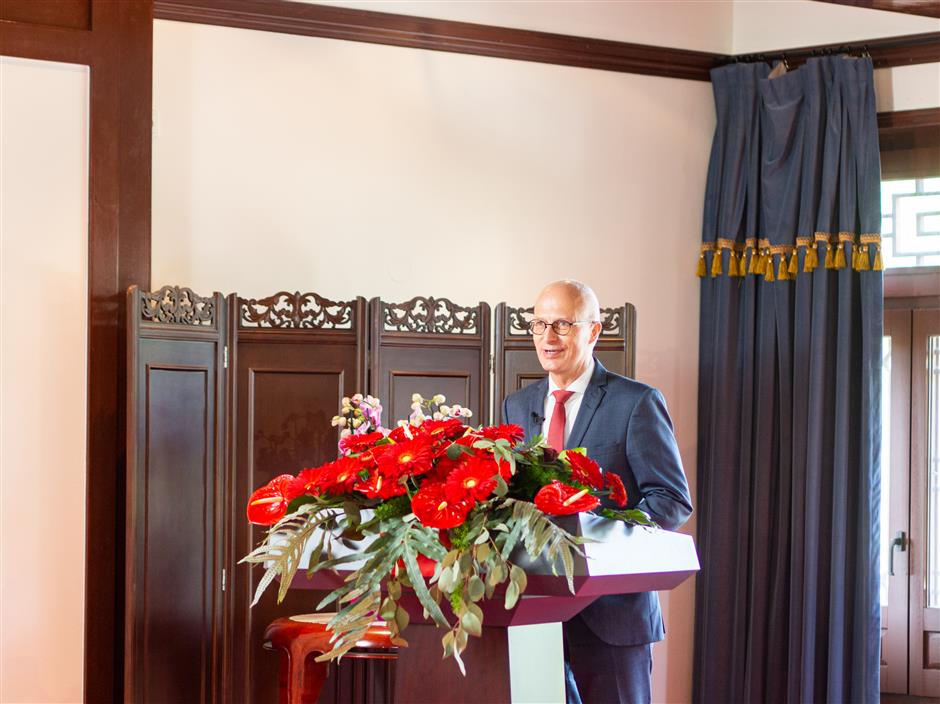 Hamburg Mayor Peter Tschentscher delivers a speech at the ceremony in Hamburg.

Tschentscher visited Shanghai in 2019 and was impressed by its innovation capabilities. He said: "We are glad to talk about issues such as artificial intelligence and urban traffic with our partners in Shanghai. Hamburg and Shanghai are strong partners."

Tschentscher also invited Shanghai to take part in the 2021 ITS World Congress for intelligent traffic systems and services, which is set to take place in Hamburg on October 11-15.

Du Xiaohui, Chinese consul general in Hamburg, took part in the celebrations in the German city.

An event was also held in Shanghai on May 28 to celebrate the anniversary.

The activity held at the Rose Garden in front of Hamburg House at the Shanghai Expo Urban Best Practice Area was attended by government officials, representatives of organizations, universities and enterprises, as well as individuals, who have played active roles in cooperation between Shanghai and Hamburg.