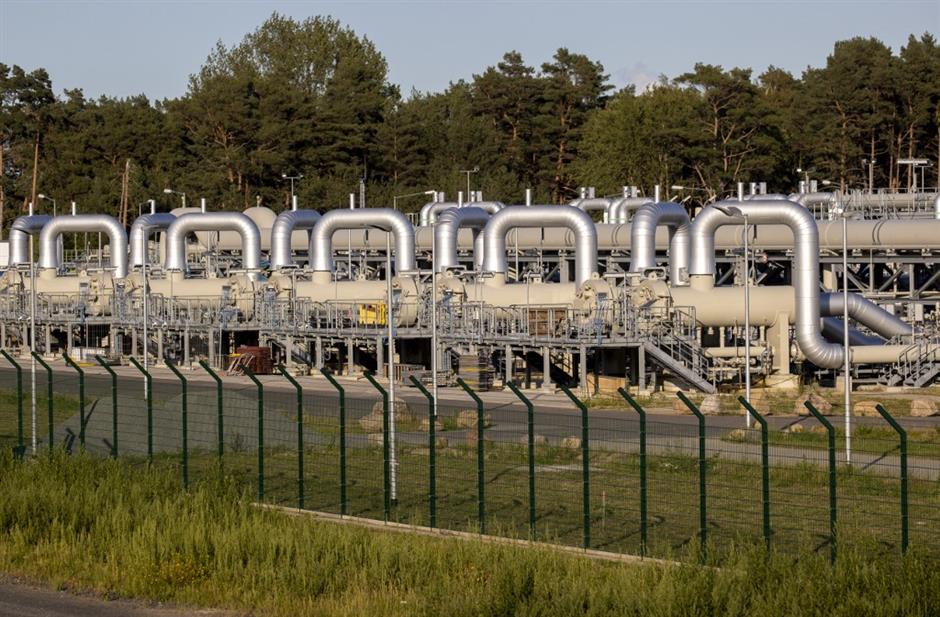 "The situation today has fundamentally changed," he told journalists. "We will reassess the situation that has evolved over the past few days."

"I asked the Economy Ministry today to withdraw the existing report on the analysis of supply security at the Federal Network Agency," Scholz said, adding that it was a necessary administrative step to prevent the certification and thus the operation of Nord Stream 2.

The Ministry of Economic Affairs would now make a new assessment of the security of supply taking the last days' development into account, he said.

Scholz said it is now important to "prevent a further escalation, and thus a catastrophe. That is what all our diplomatic efforts are aimed at."

The Nord Stream 2 pipeline is expected to transport 55 billion cubic meters of natural gas annually from Russia to Germany via the Baltic Sea. The 1,234-km pipeline, however, has been lying idle, pending a go-ahead from Germany and the European Union.