Ukraine says evacuation from Azovstal only way to save troops 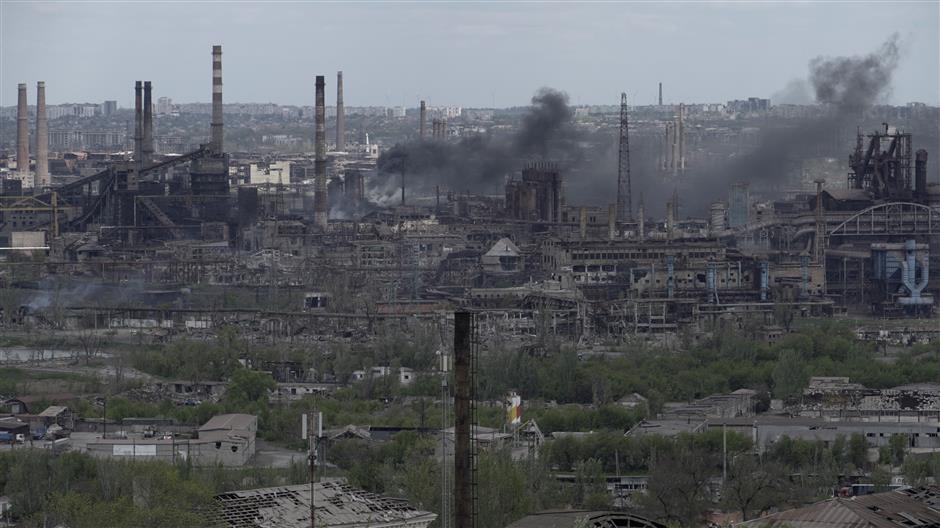 A view shows the Azovstal steel plant in the city of Mariupol on May 10, 2022.

The evacuation of Ukrainian troops from the Azovstal steel plant in Mariupol was the only possible formula for their rescue, Ukraine's government-run Ukrinform news agency reported on Tuesday, citing Deputy Defense Minister Hanna Malyar.

"Unfortunately, military unblocking is impossible in this situation. There can be no other formula of salvation than the one currently in use. It was the only way out," Malyar said.

She added that the rescue operation from Azovstal will continue until Ukrainian soldiers return home from the uncontrolled territory.

Malyar said that 53 seriously wounded soldiers were taken to a health care facility in Novoazovsk town for medical treatment, while 211 other troops were taken to Olenivka town through the humanitarian corridor.

Kiev expects that the Ukrainian soldiers will be exchanged for the captured Russians.

Mariupol, a key Azov Sea port city in eastern Ukraine, saw one of the worst bouts of violence in the Russia-Ukraine conflict.

The Azovstal plant, which covers about 11 square km, is the holdout of the Ukrainian forces in Mariupol.