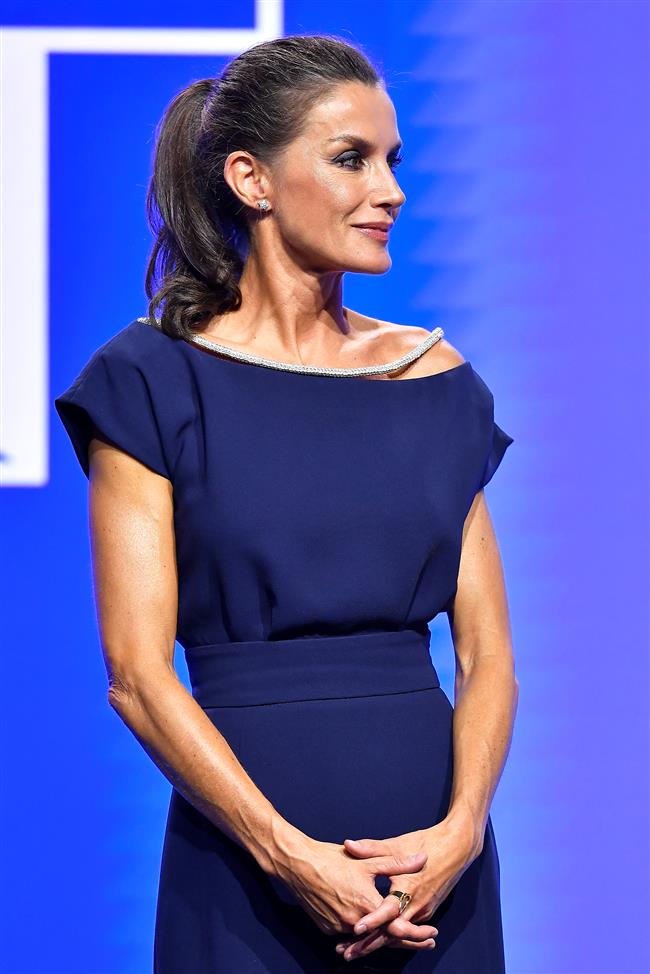 Queen Letizia of Spain attends the Princess of Girona Foundation Awards ceremony at the Agbar Water museum, in Cornella del LLobregat, near Barcelona on July 4, 2022.

Queen Letizia of Spain tested positive for COVID-19 on Tuesday after showing mild symptoms of the virus, the Spanish royal household said.

She has canceled her engagements for Wednesday, it added.

Letizia had a busy agenda during the recent North Atlantic Treaty Organization summit in Madrid, which saw her attend the official dinners and where she hosted the partners of the leaders who participated in the event.

She also attended the presentation of the Princess of Girona Foundation Awards on Monday along with her husband, King Felipe VI, and her daughter, Princess Leonor, where she met with some 30 prize winners.

Queen Letizia is the second member of the royal family to contract COVID-19 after King Felipe VI was infected in February. Back in 2020, Princess Leonor's class at the Santa Maria de los Rosales School in Madrid was quarantined after a student tested positive for COVID-19.

The hospitalization rates are also going up. Last Wednesday, 11,586 people were being treated in hospitals with COVID-19, occupying 9.56 percent of all hospital beds, compared with 10,249 (8.3 percent of beds) just five days earlier.

The number of COVID-19 patients in intensive care increased from 449 on July 1 to 502 on Tuesday.