So, you want to stay in Shanghai after your graduate? It's probably already too late... 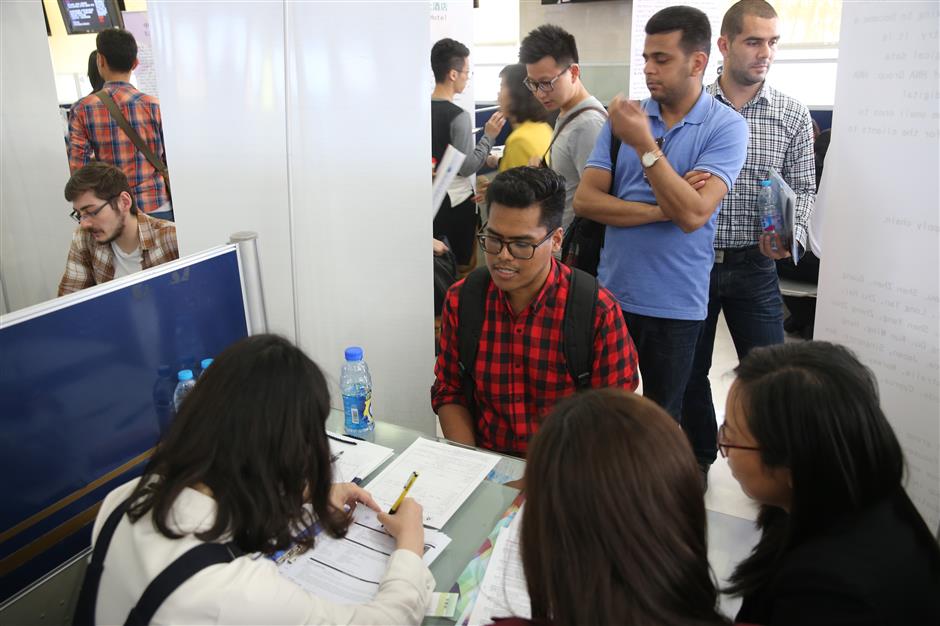 Foreign students will need to be well prepared to find a dream job in Shanghai after graduation.

It’s that time of year again. Foreign degree students are starting to hand in their final graduation theses. Some will want to stay and work in China, but most won’t have prepared and will be going home once their student visas run out.

It sounds harsh, but it’s true.

You see, this is usually when I start getting messages from Chinese friends I haven’t heard from in months. “Andy, I have a friend who is looking for a job. Is Shanghai Daily hiring?”

“What’s their media experience? Or do they at least have a media major?” I ask each time, not that it’s much use since years of newsroom experience is normally required to even be considered.

“Oh no, they don’t have media experience but they are from Australia/the USA/England/Canada so they’re a native English speaker,” they inevitably reply in some variation.

That highlights the trap many foreign students, at least from English-speaking countries, fall into. They think, erroneously, that their apparently God-given gift of being a native English speaker means work in China will be easy to come by. They couldn’t be more sorely mistaken.

Anyone who knows anything about China knows that guanxi (networks and relationships) is king. Guanxi isn’t suddenly built up in a last-minute scramble to find work just weeks before your student visa heads into the red.

I’ll tell you a bit about my path. Back in New Zealand, before my masters, I worked in different areas of media (I ran a magazine, worked for politicians and so on), so I already had the chance to build up experience (hugely important when adding up points in the Shanghai work visa system — if you don’t have enough points, you probably can’t work here.)

I first came to China in 2012 to study Mandarin for a semester. From that time on I was already forging relationships with locals in my area of expertise. Then I was accepted into Fudan University for a two-year masters degree. Literally as soon as my program commenced, I began interning at local media outlets. I did three internships in total, the last being Shanghai Daily, which I did for more than a year while still studying and writing my thesis.

But even that wouldn’t usually be enough to secure a job here at Shanghai Daily. It just so happened that at the same time I was interning I started making videos for a local video sharing site, Bilibili, which caught the eye of my bosses who were looking at starting up a new media division, which would become today’s SHINE.

A series of coincidences and hard work meant that I was well-placed to receive a much-lauded job offer at the end of my internship. That’s not common, and it definitely won’t happen if you spend every moment hanging out with other foreign students from your university and drinking every weekend.

It also goes without saying that it pays to be realistic. My English skills were a part of my job offer, obviously, but I also had a bunch of other skills my bosses saw a use for. It’s important not to set your sights too high, and to make sure that what you hope to achieve is somewhere within the realms of reality.

The moral of the story? If you’re a native English speaker, you are well-placed to be of use to an employer here in Shanghai. But language is probably only 20-30 percent of it. You’ll also need Mandarin Chinese proficiency of some level, other skills relating to your desired job, and the all-important guanxi, built up over years and not days.

Get an internship in your desired area as soon as you begin your program, and use that internship to build your skills and your connections. If you find that an internship you’re on isn’t fruitful and that you’re struggling to make a connection with anyone there, leave. Don’t waste time if it’s obvious you’re just filling a quota.

And if you’re reading this just weeks before heading home and you’ve suddenly decided you’d quite like to stay and work here in your dream job: Sorry, it’s probably not going to happen. Have you ever considered becoming an English teacher?