My usually quiet street has suddenly become a tourist attraction, with throngs of wide eyes eagerly taking in a sight that few seemed interested in barely a week ago: the Sihang Warehouse, star of the recently released war epic “The Eight Hundred.”

Drones buzz around in the sky, dozens stand staring at the famous battle-damaged wall of the warehouse, some taking photos and some livestreaming, others just contemplating. Flowers and cigarettes are placed carefully in tribute to those who put their lives on the line. Tour buses clog the otherwise empty roadsides.

Just around the corner, at the doorway to the memorial museum, dozens and dozens stand crowded around the entrance, arguing with a tired-looking security guard who tells people over and over again that without a booking, entry is not allowed — all online bookings for the day were snapped up days ago.

“All because of a movie,” I joke with the guard, her eyes rolling so far back in her head that I thought she was going to faint.

My apartment happens to be located on Jinyuan Road, named after general Xie Jinyuan who led an iconic battle against the Japanese that lasted less than a week back in 1937. 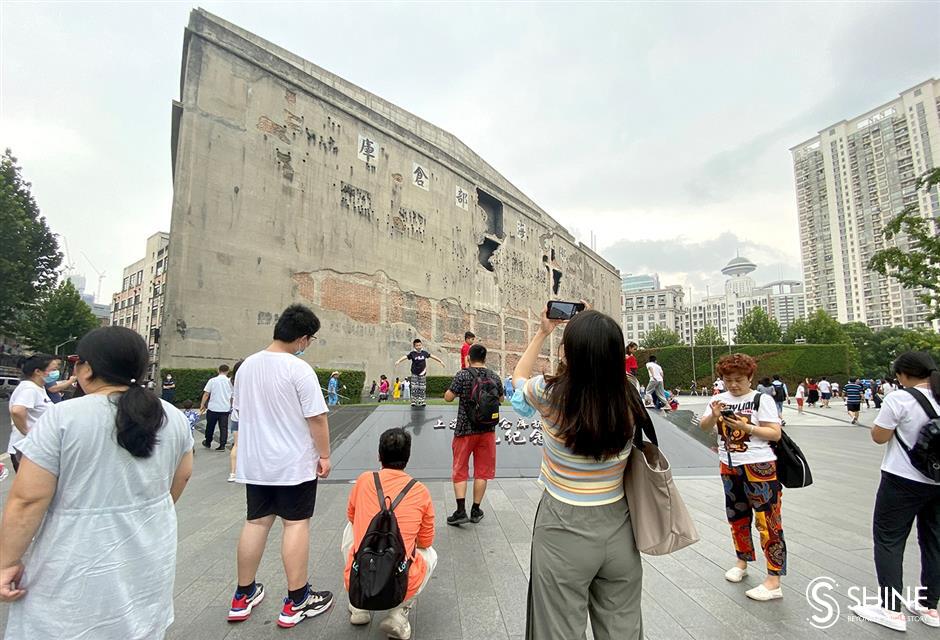 The Sihang Warehouse Memorial Museum has become a tourist attraction since the release of “The Eight Hundred.”

Sihang Warehouse became the last stand for Chinese forces as the Japanese fought to take over the city. The warehouse happened to be located in a very strategic position, directly opposite the International Settlement on the other side of the Suzhou Creek.

That proximity to the International Settlement meant two things: the Japanese would not be able to attack using heavy artillery for fear of accidentally striking the Settlement, thus risking bringing Britain and the United States into the war, and the battle could take place directly under the gaze of the foreign media, hopefully rallying support for China from the international community.

Lieutenant Colonel Xie Jinyuan led around 450 men in a weeklong defense of the warehouse, purposefully spreading the word that 800 men were stationed there so as to worry the Japanese.

After days of fighting, the government gave the go-ahead for “the 800” to retreat to the International Settlement, suggesting that the defense had already achieved its goals, gaining international attention and allowing other Chinese troops to be redeployed to other, more advantageous positions. Just after midnight on November 1, 376 men were able to cross the bridge to safety, while 27 heavily wounded men remained. Ten died in the battle.

The release of “The Eight Hundred” has not only sparked a huge interest in the battle to defend Sihang Warehouse, but it has also given hope to China’s filmmakers. Since officially hitting screens last week, the film has managed to pull moviegoers back in droves after long closures because of the novel coronavirus epidemic.

Shot entirely with IMAX cameras, “The Eight Hundred” is the first major Chinese film to be released since cinemas reopened, and it’s doing exceptionally well despite safety restrictions that see audience numbers reduced by half in order to ensure safe social distancing. 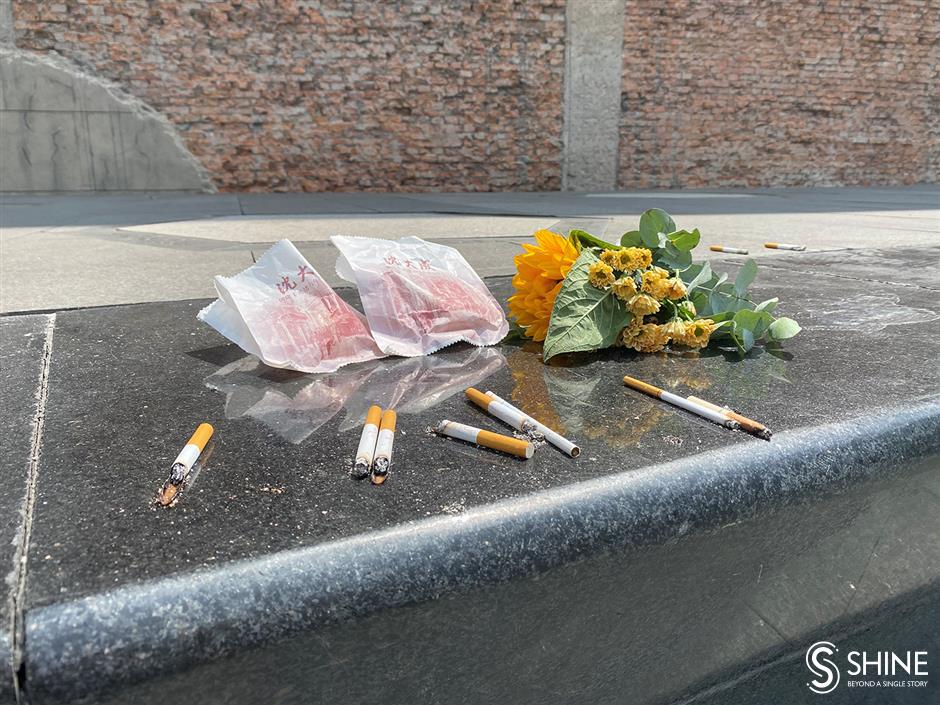 Flowers and cigarettes are placed in tribute to those who defended the warehouse.

The Sihang Warehouse Memorial Museum opened in 2015, and it provides a detailed insight into the battle, with photographs, maps, recollections, miniatures, and life-sized wax models showing what life was like for those defending Zhabei from the Japanese.

Considering the many, err, artistic liberties the directors of “The Eight Hundred” made in their blockbuster adaptation of the battle — I mean, have you ever seen snow in Shanghai in October? — I highly recommend reserving a place online and checking out the memorial to fill in the gaps so often left by blockbuster versions of historical events.

The Sihang Warehouse Memorial is located at 21 Guangfu Road in Jing’an District and is open from Tuesday to Sunday. Take Metro Line 8 or 12 to Qufu Road Station and use exit 3.

Special Reports
﻿
My reflections on September 11, 20 years on
The New York fashion designer and her two-bedroom inner-city apartment
Healthy wheelchair users at Disney show contempt for social ideals
Speed up in helping delivery drivers slow down
The importance of dedicating a day to the teachers
A slew of new regulations hit the entertainment industry: Let's take a closer look
Keep the drums beating in fight against toxic online celebrities
US anti-mask organizer Caleb Wallace dies of COVID-19
The ridiculous reasons for the US to repatriate three Chinese students
Making new rules for a fairer food future
EXPLORE SHINE