Emerging from lockdown: a whirlwind of emotions

Well, that was something, wasn't it?

Shanghai is emerging from its two-month-long citywide lockdown as we turn the calendar to the month of June. After more than 60 days of home confinement due to a surge in COVID-19 cases across the city, we are now permitted to leave our residential compounds and re-enter the real world.

Of course, there are still restrictions: Complexes with recent positive cases haven't yet been opened. For the majority of us who can venture outside, some businesses remain shuttered for now ― most venues dedicated solely to entertainment have yet to be greenlit for reopening ― and restaurants can only offer take-away and delivery services for the time being.

Nevertheless, the lockdown has ended for most of us. Masked Shanghai residents roam the streets again, walking dogs, getting coffee and heading to work. I am happy to report that gridlocked traffic has returned to the Yan'an Elevated Road that runs through downtown. It may be the first time in history that Shanghai residents have been excited to see a traffic jam. 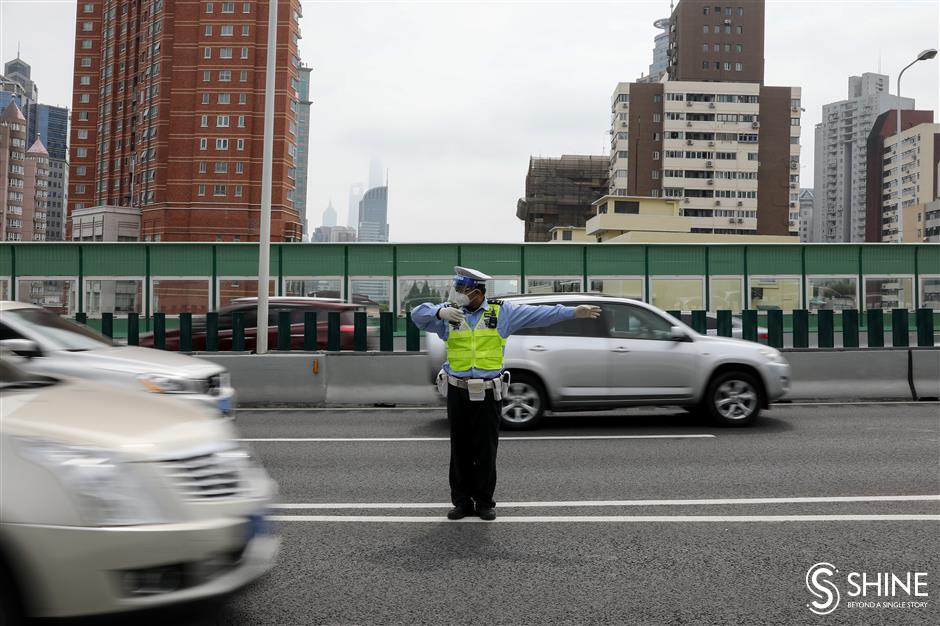 A police officer channels busy traffic on South-North Elevated Road on the morning of June 1.

I sit here at my desk in Shanghai Daily's Jing'an District office overlooking the city, and I'm overcome with an amalgamation of differing emotions... comfortable familiarity with a place I haven't set foot in for two months, a sense of relief that I'm able to resume some normal activities and converse face-to-face with my friends and colleagues, and a bit of bitterness about the entire episode, to be frank.

But I think perhaps the strangest of emotions that I've felt over the past 24 to 48 hours since the city officially released the notice that the lockdown was to end on June 1 was a peculiar feeling of apprehension about venturing into the outside world again. I'm very much a social creature; I've always enjoyed spending time with friends, colleagues, or even complete strangers out and about, shooting the breeze and taking part in any of the various activities the city has to offer.

Because of this, I was sure throughout the entire period of isolation that at the first available minute, I'd rush outside to mix and mingle. And, to be sure, I'll be doing just that in the coming days (whilst taking the appropriate safety precautions, of course). However, when we got news the lockdown was nearing an imminent and sudden conclusion, my first emotion was not that of elation to run outside, but a strange feeling of trepidation about stepping back into the city at large.

Perhaps it was a bit of uneasiness about what the "new normal" might look like. It might have been the stasis that began to manifest itself after all the weeks of lethargy inside the four walls of my apartment. There might have been a bit of worry about what I'd write about or film upon returning to work. During lockdown, I developed a bit of writer's block, seeing how this column is meant to examine life in Shanghai, and during lockdown, that became a bit of a monotonous task. I enjoyed filming my daily livestream together with my colleague Andy, but the redundancy of discussing COVID day after day after day had begun to wear on me. 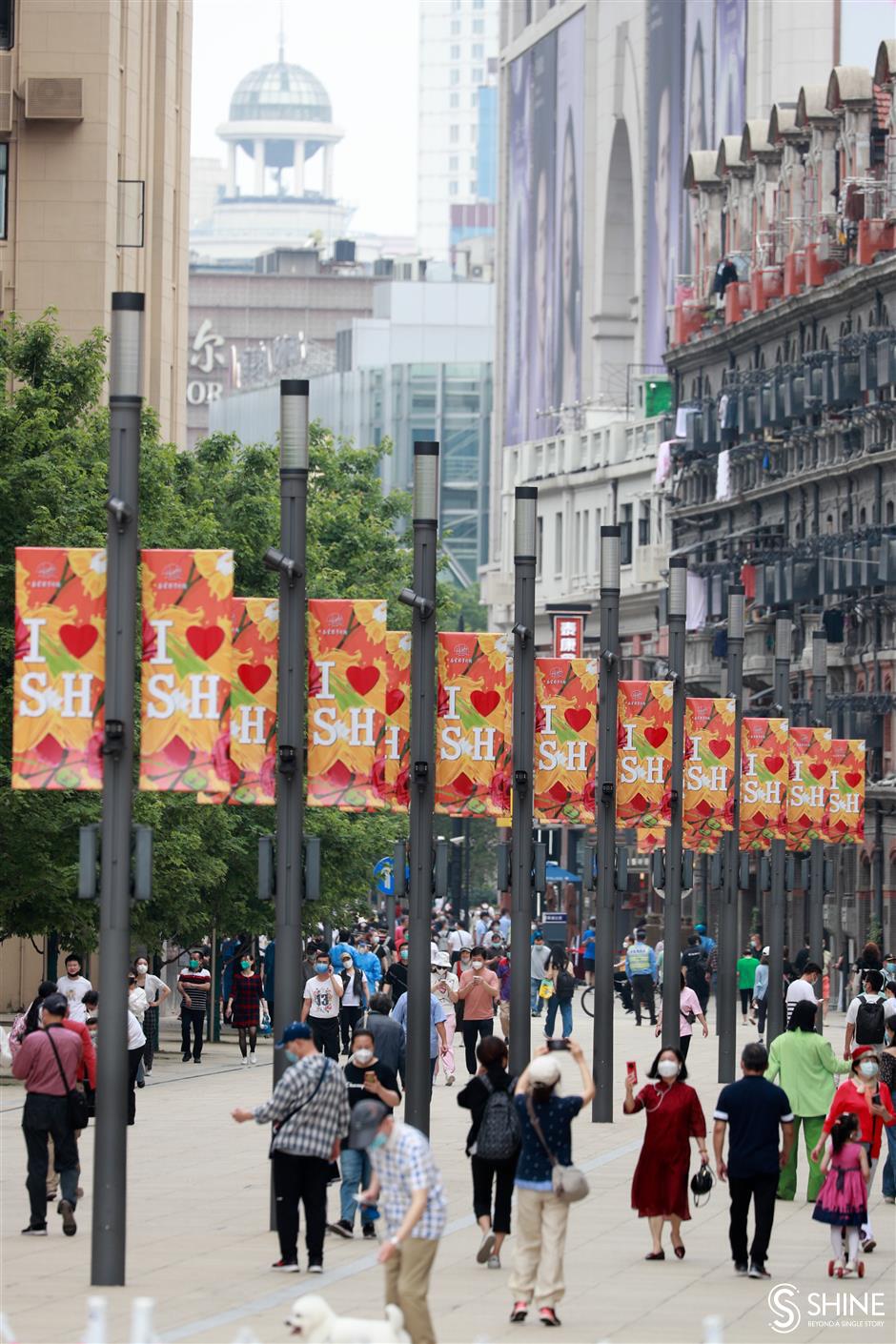 Crowds are finally back to the city's landmarks including Nanjing Road Pedestrian Mall and the Bund (below). 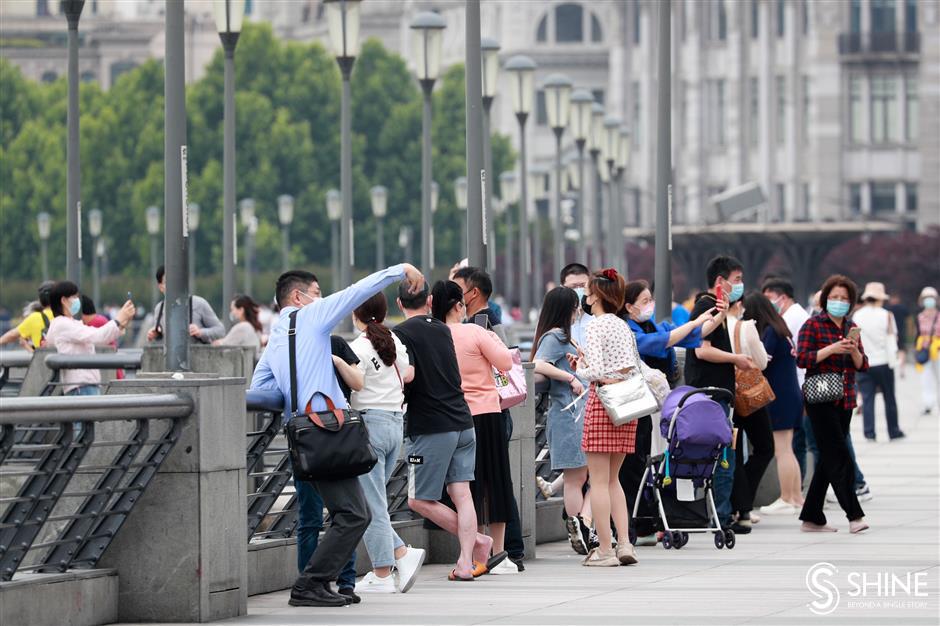 However, I think more than anything else, it was the daily routine of sleeping in, wearing pajamas all day, and busying myself with mundane tasks like vacuuming an already clean floor or frying egg after stockpiled egg for breakfast for what seemed like decades had become the new normal. Eventually, friends I used to see in person became faces on a computer screen; it would have been no different if they were on the other side of the planet.

The European Journal of Social Psychology published a study stating that, on average, it takes 66 days for a new behavior to turn into an automatic reflex; an accepted new paradigm shift. Well, for Shanghai residents, that figure nearly matches the duration of the lockdown, so just as the routines of remote work, altered sleep schedules, and enclosed living spaces became the new normal, it ended abruptly.

I'm still trying to process it all.

But after returning to the office, dusting off my workspace, and scrawling "404" in huge numerals on the April and May pages of my desk calendar and cathartically slamming them into the trash bin, a new feeling of relief has begun to set in. Yes, we'll continue to take countless hesuan (nucleic acid) tests in the near term to enter venues, and yes, it may still be some time before our favorite entertainment hotspots fully reopen. But getting outside and seeing my fellow Shanghai dwellers out and about again has allayed some of the fears that had begun to build in my thoughtspace during lockdown that the city might be hard-pressed to ever return to the way it was before.

Perhaps my subconscious had jumped the gun.

In any case, for those of you who have stuck it out, made it through and bought the proverbial T-shirt, congratulations, and let's allow ourselves to come outside again and appreciate the positive aspects of the city we inhabit. There's still more progress to be made, but I must say, it's good to be back outside. 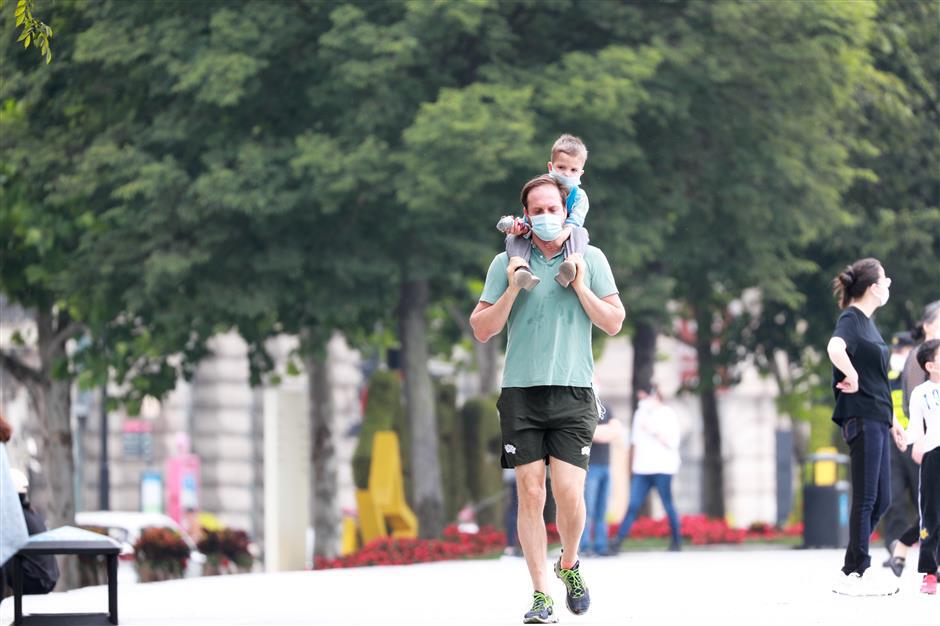