The sport of frisbee is gaining prominence in Shanghai, essentially due to its relatively low entry barrier for newcomers and its social functions, namely, allowing men and women to play together without too much physical contact.

However, the sport has generated some debate online, primarily over two issues: taking over football pitches and the participation of some women players who dress inappropriately for photo ops.

Many netizens refer to these women as "frisbee ladies," accusing them of ruining the spirit of the sport because they appear to be more interested in socializing and posting images and videos on social media than in playing. 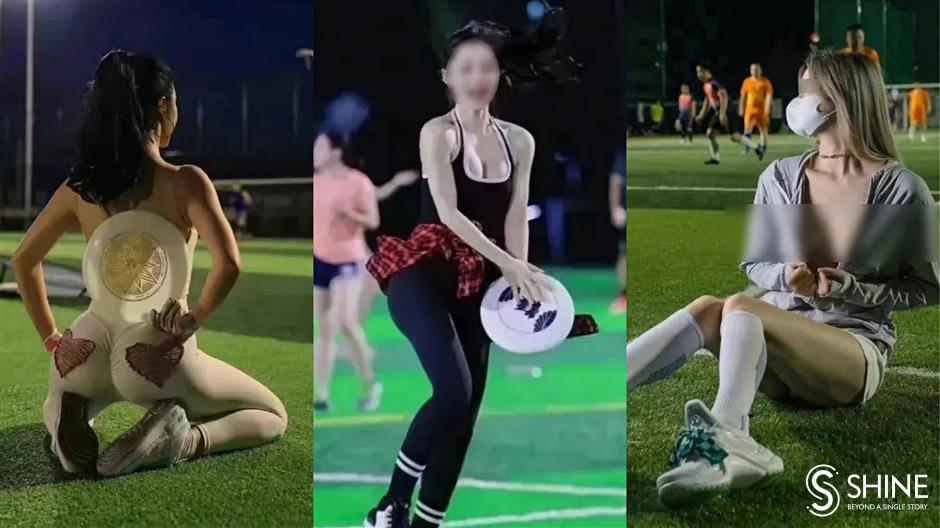 I have read articles criticizing "frisbee ladies." There are also pictures of the entry criteria, which have "income" and "looks" as prerequisites for participants, akin to a matchmaking service.

In one post, a netizen remarked, "Instead of sweating on the pitch, the women put on heavy makeup and wear sexy clothes, taking selfies and doing livestreaming. I'm not sure what their motivation is, but I believe they are harming the sport's reputation."

I've participated in frisbee activities and noticed a few women dressed as cheerleaders rather than in typical sports attire, which is supposed to be more convenient for mobility. They did participate in the activity, as did everyone else. Later, I found out that some of them work as gym coaches, which explains their exceptional fitness and stamina. 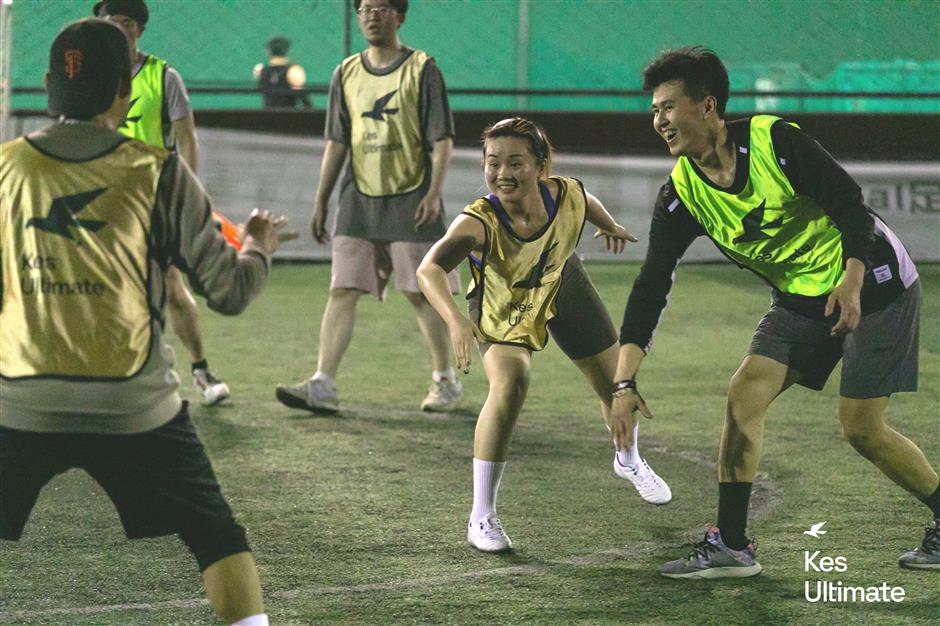 Frisbee allows men and women to play together, highlighting its social aspect. 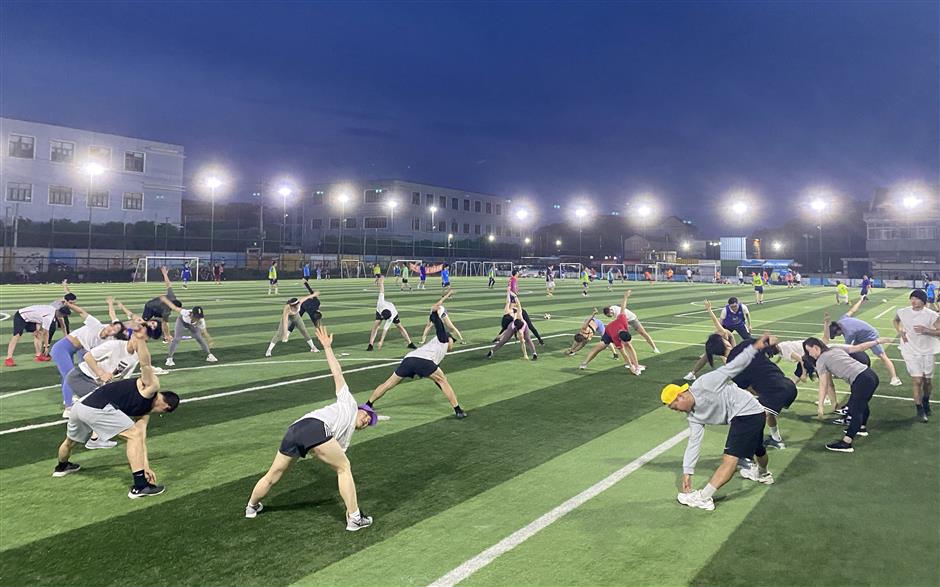 Participants warm up before a frisbee game.

Frisbee's recent surge in popularity does draw some individuals who are less interested in participating in the sport and more interested in flaunting their skills or gaining followers for their social media accounts.

But I don't mind and don't think it is wrong if women want to look beautiful by putting on makeup or dressing to their liking, as long as it does not bother others.

In gyms and other sporting facilities, athletes, both men and women, wear the bare minimum. So basically, it has nothing to do with frisbee as a sport.

The "frisbee ladies" might become the "shopping mall ladies" or "farmland ladies" if a new activity or pastime becomes the latest social fad. Those who are genuinely drawn to frisbee will stick to the sport. 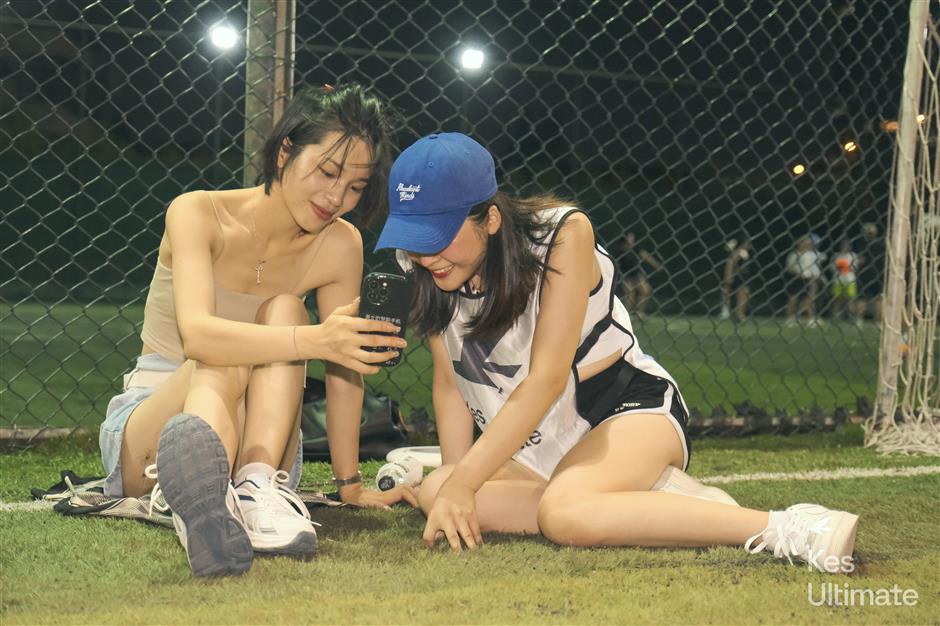 Two women share a light moment during a break in the game.

Frisbee, which originated in the United States in the 1960s, was introduced to China in the late 1990s, but it has only recently gained in popularity here. A typical frisbee game features 5-7 players per side of mixed genders. It follows rugby-style regulations, but no direct physical contact is permitted.

Interestingly, frisbee does not require a referee. The two sides decide on the points and resolve disputes amicably, highlighting the sport's social aspect.

For this reason alone, young people think frisbee is cool and trendy. 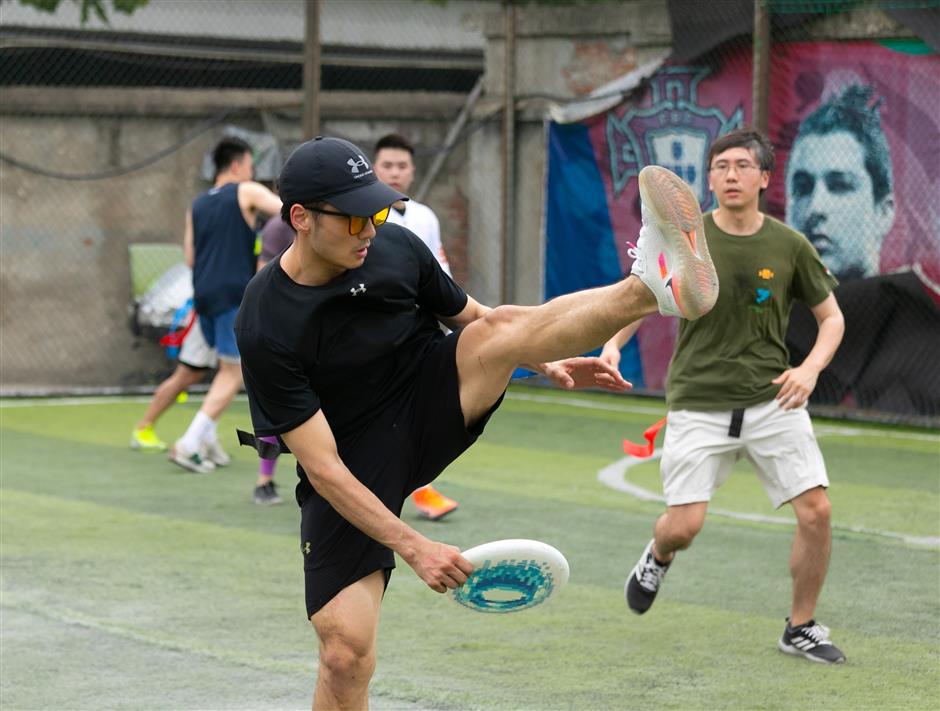 Frisbee was introduced in China in the late 1990s and has only recently gained in popularity here as a sport.

As for the accusation of occupying pitches, I believe it is without merit. Venue renters have the right to choose the sport they want to play as long as they don't damage the facility.

Frisbee takes up about half of a football pitch. There is a lot of diving and falling in the sport, and the grass of a football pitch is perfectly suited for it as it protects the players. Due to limited number of specialized frisbee pitches or courts, some of the events are organized on hard basketball courts or other venues.

Last week, China's General Administration of Sport announced that a national frisbee league will be held from August to February. Given the increasing popularity of frisbee, more professional frisbee venues will be constructed in the future. 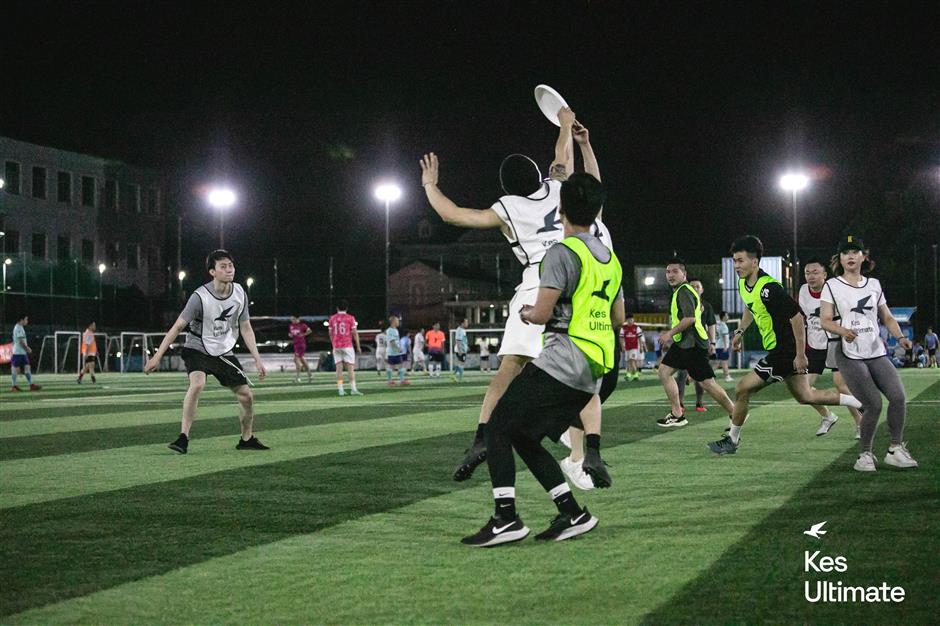 Currently, a lot of frisbee games are played on football pitches.