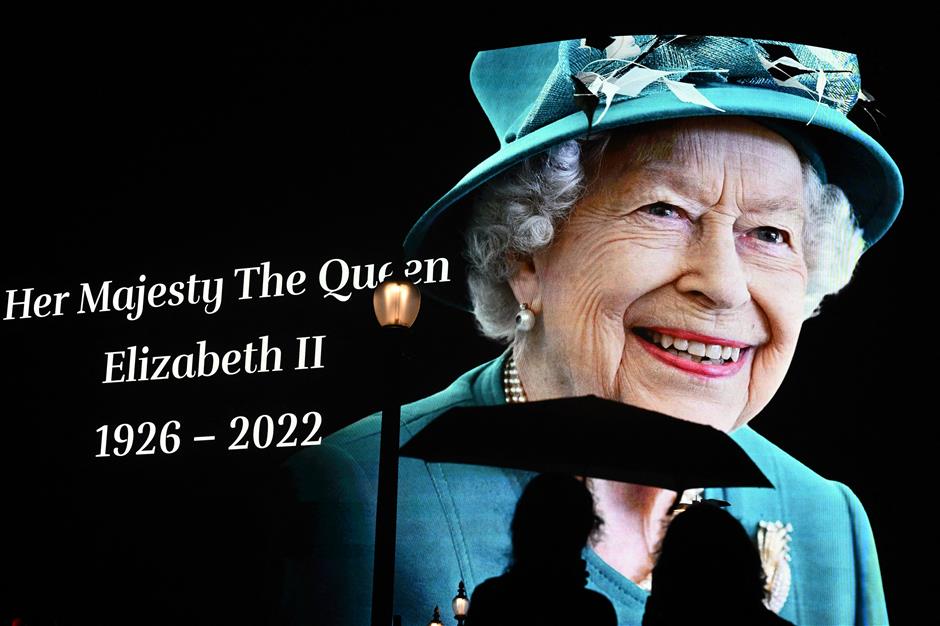 Members of the public stop in the rain to study a huge picture of Britain's Queen Elizabeth II displayed at Piccadilly Circus in central London on September 8, 2022. Queen Elizabeth II, the longest-serving monarch in British history and an icon instantly recognizable to billions of people around the world, has died aged 96.

Buckingham Palace announced on Thursday that Queen Elizabeth II, the UK's longest-reigning monarch, had died at Balmoral at the age of 96, after reigning for 70 years.

The demure young woman, who ascended the throne at age 25, remained elegant and placid till the day she died. Her reign was known as a new "Elizabethan Age," sustained through painful, joyful, and tremendous change.

The newly appointed Prime Minister Liz Truss said that the Queen provided the nation with stability and strength. Her monarch was the rock on which modern Britain was built. Her presence was synonymous with stability and tradition for the British people. Deep down in the British people's hearts, she was the beacon of Britishness, beaming the light of the commitment, friendliness and cheerfulness of British nature. 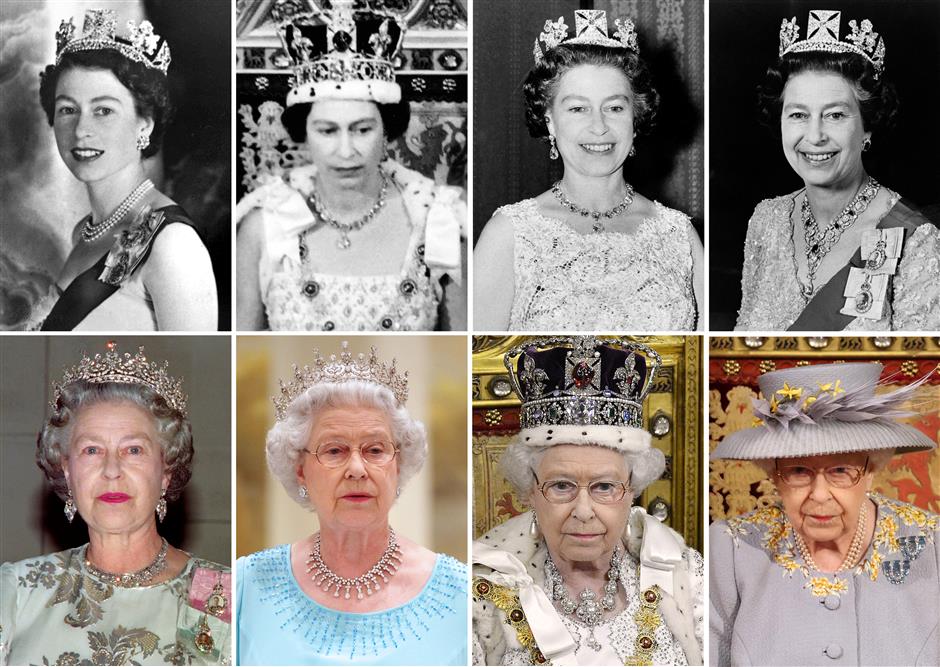 The Queen dedicated her entire life in service to the country. She had vowed to devote her life to serving as a 21-year-old princess. On the Queen's first radio Christmas broadcast, on December 25, 1952, she confirmed her bounden duty to her people.

"My father, and my grandfather before him, worked all their lives to unite our peoples ever more closely, and to maintain the ideals which were so near to their hearts. I shall strive to carry on their work. Already you have given me the strength to do so," she said.

She was devoted to reforming and modernizing the monarchy, engaging with the public through walkabouts, royal visits and attendance at public events, BBC news reported. 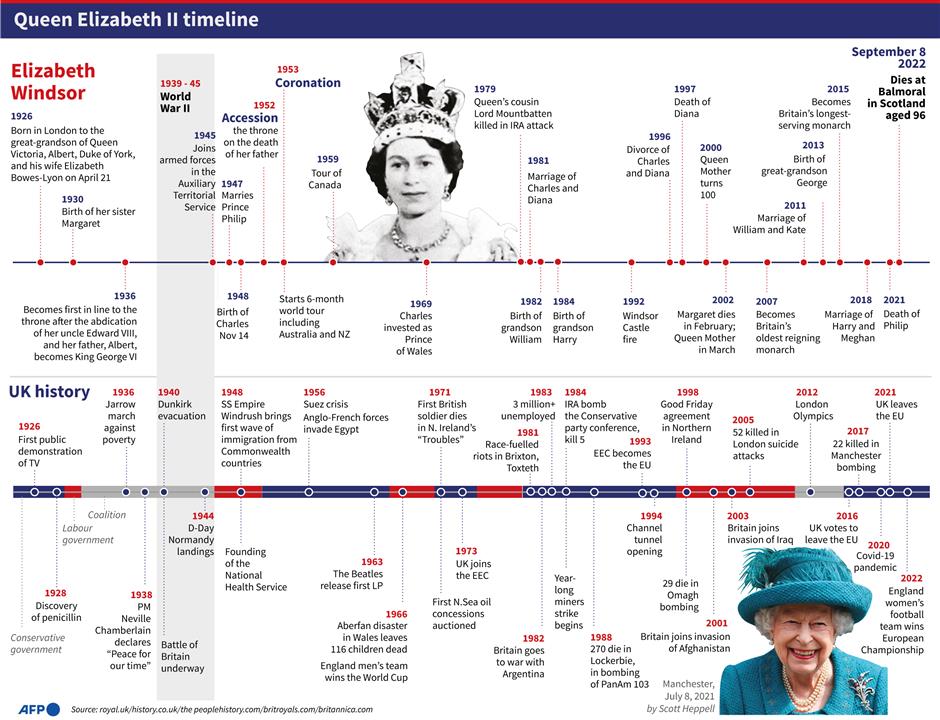 The Queen's commitment lasted for 70 years. In a thank you letter to the nation on the weekend of her Platinum Jubilee in June, she wrote: "When it comes to how to mark seventy years as your Queen, there is no guidebook to follow. It really is a first... I remain committed to serving you to the best of my ability, supported by my family."

Although the Queen's health kept her from most of the festival events, she assured: "My heart has been with you all."

Her reign was in evidence the resource of might, trust and faith, not only to the British people but also to the whole world.

Today, when the world has honored the Queen's unique sense of friendliness and humor, in our Chinese memory, the Queen's groundbreaking visit to China in 1986 was an indelible moment to commence the China-UK friendship.

She realized her commitment to fulfilling the royal goal and became the first British sovereign to visit China. 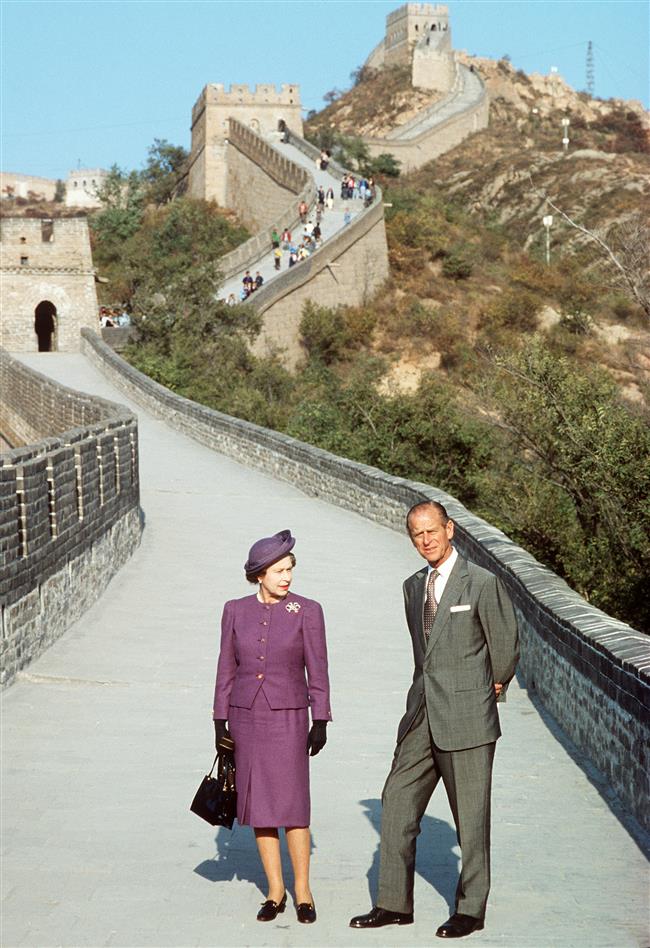 Queen Elizabeth II and Prince Phillip the Duke of Edinburgh on the Great Wall of China during a royal visit in October 1986.

In a speech at a glittering state banquet at the Great Hall of the People in Beijing, the Queen confided: "Some 390 years ago, my forebear, Queen Elizabeth I, wrote to the Emperor expressing the hope that trade might be developed between England and China. The messenger met with misfortune, and that letter never arrived. Fortunately, postal services have improved... Your message inviting us here arrived safely, and it has given me great pleasure to accept it."

Her heart-warming and humorous remarks manifested her profound friendliness to us and thus laid a solid grounding for the relationship between China and Britain. 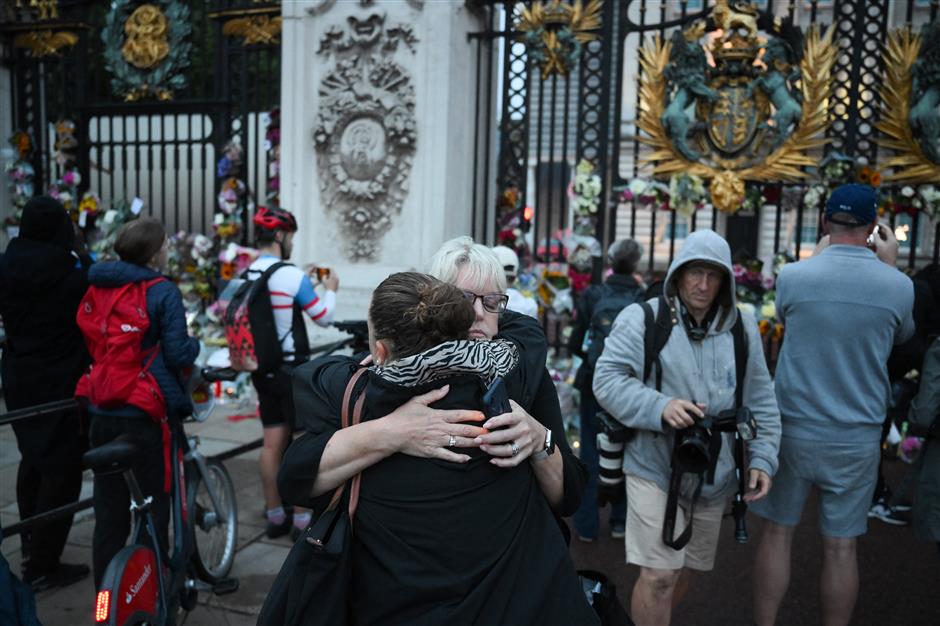 People hug each other as they gather to pay their respects outside Buckingham Palace in London on September 9, 2022, a day after Queen Elizabeth II died at the age of 96.

Many people have gathered outside Buckingham Palace to pay tribute to their beloved Queen. She was remembered as "a kind-hearted queen" by France's President Emmanuel Macron. US President Joe Biden described her as "more than a monarch – she defined an era."

The tribute also went to the Queen's cheerful and brightly-colored ensembles. Her colorful image was part of her legacy. She deliberately chose delightful colors because "much thought" goes into every single look, said Sali Hughes, author of "Our Rainbow Queen: A Tribute to Queen Elizabeth II and Her Colourful Wardrobe."

The Queen knew that it was her duty to ensure the visibility of the people who have waited long, often in the wet and cold weather, behind barriers to see her. In deep memory of her, the Rainbow Queen is an everlasting beacon of Britishness.

Yang Weijia is associate professor at the School of English Studies and researcher at the British Studies Centre, Shanghai International Studies University. Her research interests include British education and British cultural studies.

﻿
Special Reports
﻿
Deeper China-Europe cooperation needed to achieve 'going green' targets
Queen Elizabeth II: The beacon of Britishness
Finding short videos irresistible? Well, so is gambling…
Did the regulatory authorities go overboard in slapping Paris Baguette with a 'hefty' fine?
The 'offal' truth about exotic dishes: They bring people from different cultures together
Turning 60 but still working? The challenges of calling China's retirees back to work
The record-smashing heatwave is mercifully over
Chinese spikers in masks kick up a storm
The in-between cuisine: Western-style Chinese food
Don't bother. These wild guesses about foreign brands are simply rumors
EXPLORE SHINE