Camping in the gray zone: a case against black and white mentality 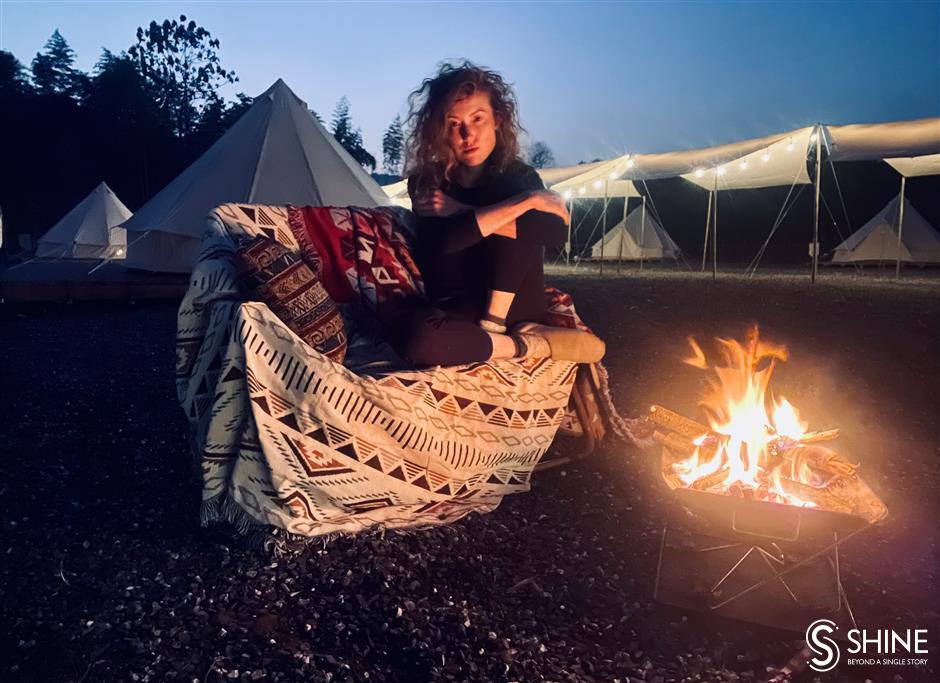 Take any significant part of life and paint it a color. It's gray. It's gray because anything meaningful is complicated, and any other shade will paint a different picture. There's no effort in labeling something clear-cut because we don't have to figure out what it really is. But the world doesn't revolve around one attitude, and while some things are black or white, most are shades of gray.

But gray has become the danger zone because contemporary culture rewards simplification. And it's ruining us.

Our compulsion to condense life happens every day. Your job. Do you love it? If the answer's a definite "YES," congratulations, you're part of an elite group that nobody likes. If it's "yes, but I'm knackered" or "no, but I can't leave," then it's gray. Anyone saying otherwise is ignorant or can't be bothered to hash out your issues.

The makeover of major cities is another gray zone, particularly those with rich history and diverse architectural heritage. Some argue that a revamp diminishes charm and forces people from their homes, while others think it provides a contemporary environment and a better standard of living for locals.

For me, the most offensive contraction is the black and white, us versus them, flip a coin and pick a side mentality about the West and China. Headlines aside, I've heard it from Twitter trolls and members of my own family. You're homesick; leave. Lockdown was painful; you must hate Shanghai. You enjoy life here; you're brainwashed. I was called a China hater and a shill on the same day. You can't be both, and the fact is I'm neither.

Changes to the travel policy this week threw us another curveball. Shanghai and those planning to visit learned anyone arriving in the city within five days from another province is banned from some public venues. Shane and I are on business trips, and neither of us is due home until Christmas week. We'd planned to reunite in Shanghai with enough time to get prepped and merry on mulled wine. So, what do we do? Cut short work that we believe in or forsake some traditions of our culture's most sacred holiday?

We've all wrestled in gray places during the COVID years. Like you, I know people who've left China and are happily living elsewhere, and I know others who are heartbroken having gone. I know way more that are a cocktail of both. To pretend something or someone can't be multifaceted is ridiculous and damn right dangerous. It's not just situations we squash; it's people. Just because some knuckle-dragging Neanderthal can't hold two thoughts at once doesn't mean the rest of us will go down with them. That's why gray is my favorite color. And that's why I'm camping. 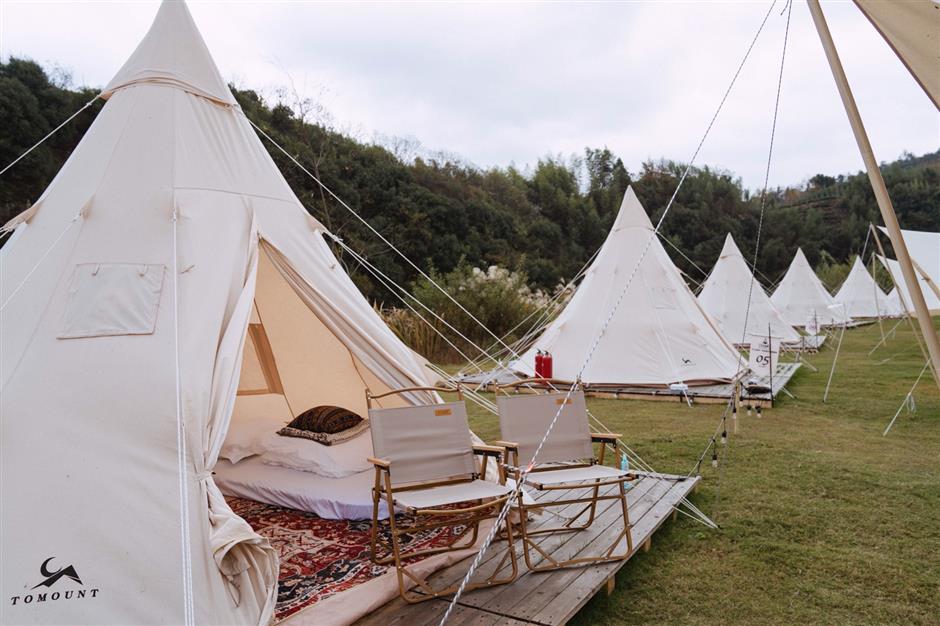 Am I glamping? I don't know. And frankly, I don't care.

I've pitched a tent in the gray area. Technically I didn't pitch it – somebody else did because I paid them to – but herein lies my point. Glamping is a label to describe outdoor escapes that don't adhere to the traditional methods of "roughing it." The term is polarizing, and many consider it an insult, particularly camping purists. The Oxford definition of glamping is "a form of camping that involves accommodation and facilities more luxurious than those associated with traditional camping."

According to the dictionary, glamping is a type of camping. Not that helpful because there are different definitions wherever you look. One reads: "The activity of spending a vacation in a camp, tent or camper." Here, you only need to spend evenings on a campground to be camping. The tent could be as luxurious as you like, or not a tent at all.

Back to the Oxford definition. If the keywords are "more luxurious than those associated with traditional camping," then glamping is in the eye of the beholder. Whatever is more luxurious than your benchmark is glamping. In other words, camping (or glamping) is gray. 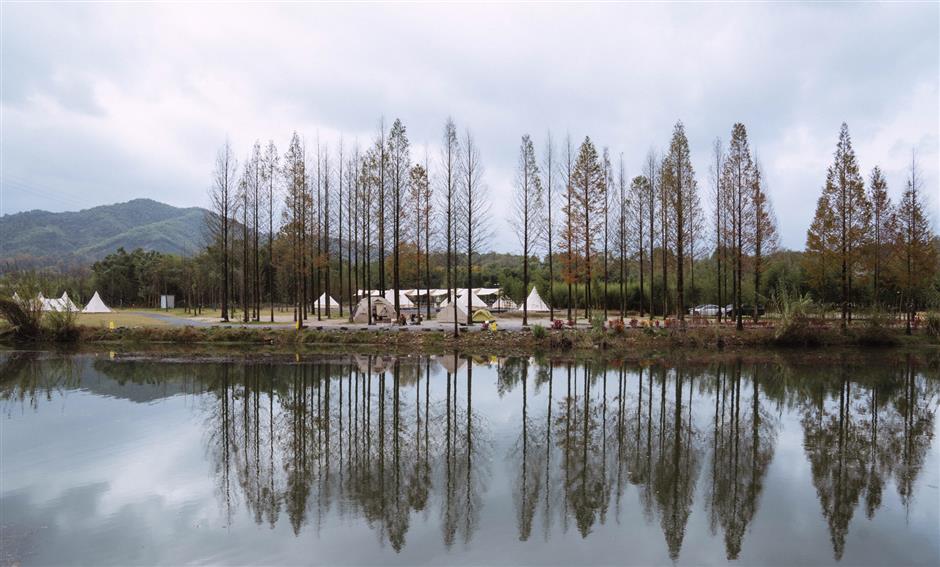 If you're afraid of gray or unwilling to go there, you'll never really know anything.

Black and white mentality is necessary. Certain things – genocide, racism, rape – are wrong no matter how you cut them. But can we agree that most of life is gray? Gray is where we live, where we love, and where we learn. If you're afraid of gray or unwilling to go there, you'll never really know anything. You'll never be mystified or surprised, and you'll never truly love anyone. Because how could you?

I like gray, and I really like gray people. Don't mistake them for fence-sitters. Gray people are big thinkers, careful listeners and courageous leaders. The gray among us are progressive; they move society forward because they aren't set on being right or afraid to be wrong. They're also the best lovers. Gray is commanding. Gray is curious. Gray is sexy. Who wants to read, watch or re-enact "50 Shades of Monochrome?"

I don't just like gray; I aim for it. I want to live there, roll around and get covered with the intricacies of life.

Am I glamping? I don't know. And frankly, I don't care. While the conformists argue over what constitutes camping, I'm busy tending to the gray. I'll hang some fairy lights, fix a fire and crack open a bottle. It's nice out here. Gray isn't dull, murky or sad. Gray is human. And if you're human, too, you're welcome to join me. I'll toast the marshmallows while I wait. 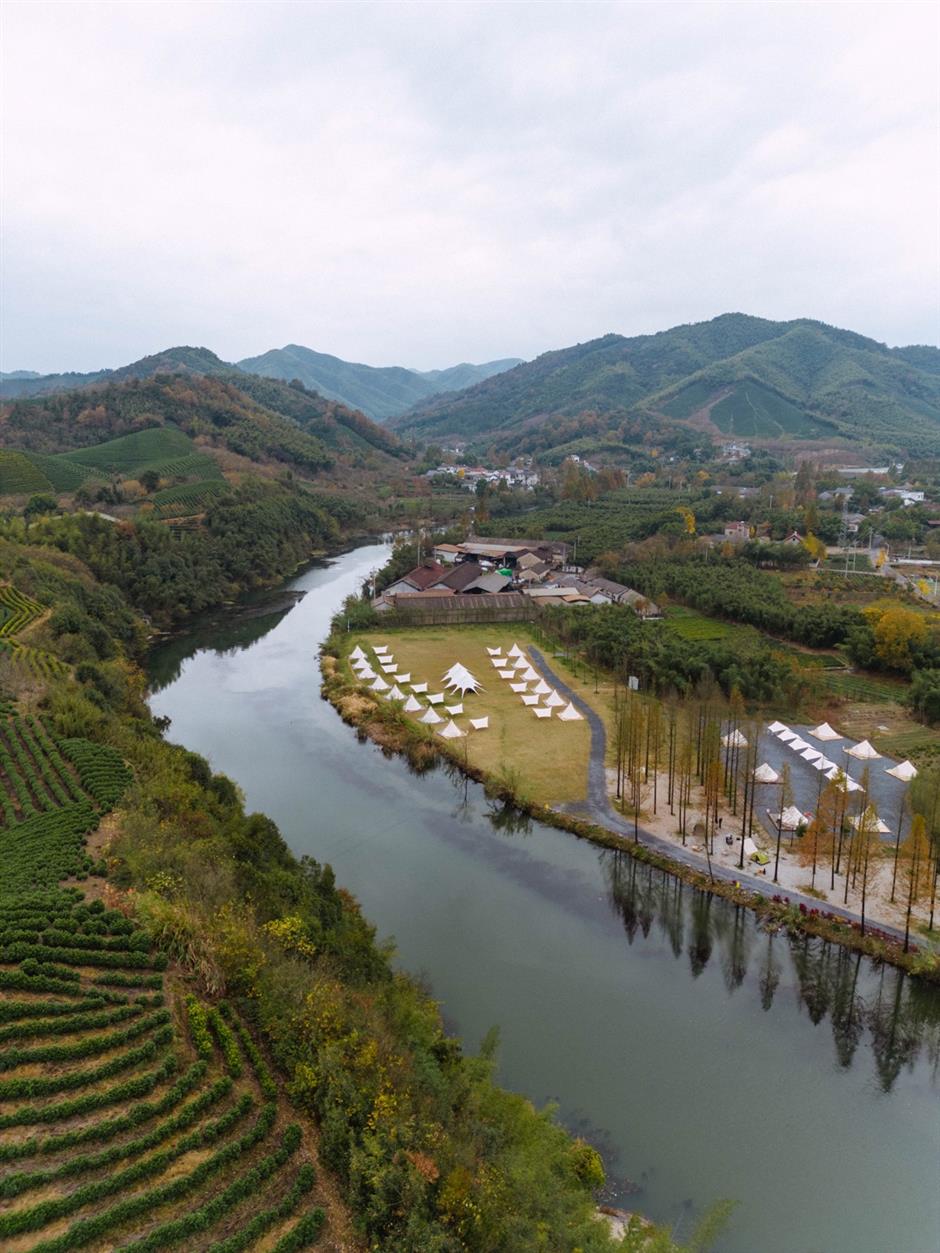 Hangzhou, the capital of Zhejiang Province, is on many travelers' bucket lists. This handsome city is an obvious highlight, boasting picture-perfect landscapes at an arm's length from Shanghai. When looking to head for the hills, many visit the bamboo groves and tea fields of Moganshan to stay at one of its stylish (and pricy) resorts. To the northwest of Zhejiang is Anji, otherwise known as "China's bamboo village." Famed for its scenes in the film "Crouching Tiger, Hidden Dragon," the county is also where the Huangpu River originates. Anji is a natural pick for basking in the authentic luxury of the outdoors.

Getting there (from Shanghai) 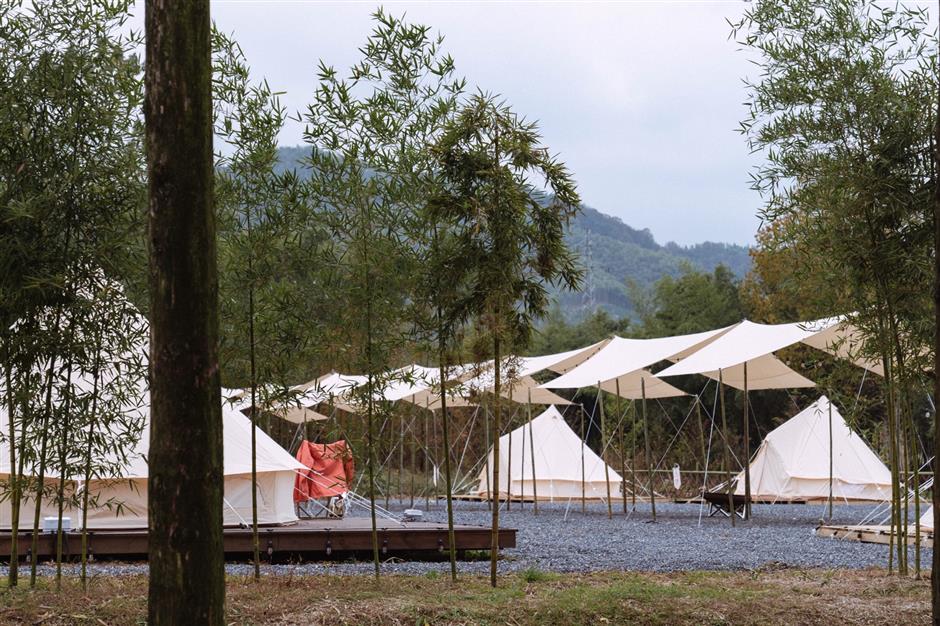 ﻿
Special Reports
﻿
62417
,
Camping in the gray zone: a case against black and white mentality
Revive 'kampong spirit' through community projects
Building communities where neighbors care, share, and fare well
'Painful menstruation leave' provokes more controversy than praise
The Hamburg port deal: a model to reconnect China and Europe
What do you weigh? How (and why) I lost a stone in Huangshan
The beautiful game on its biggest stage: Watching the World Cup in Shanghai
Chinese views on more births changing as world population hits 8b
Why European leaders should visit China?
Not a travel diary: Shanghai's mangled columnist goes home
EXPLORE SHINE