Fans in for a treat as 'Fedal' vies for top rank 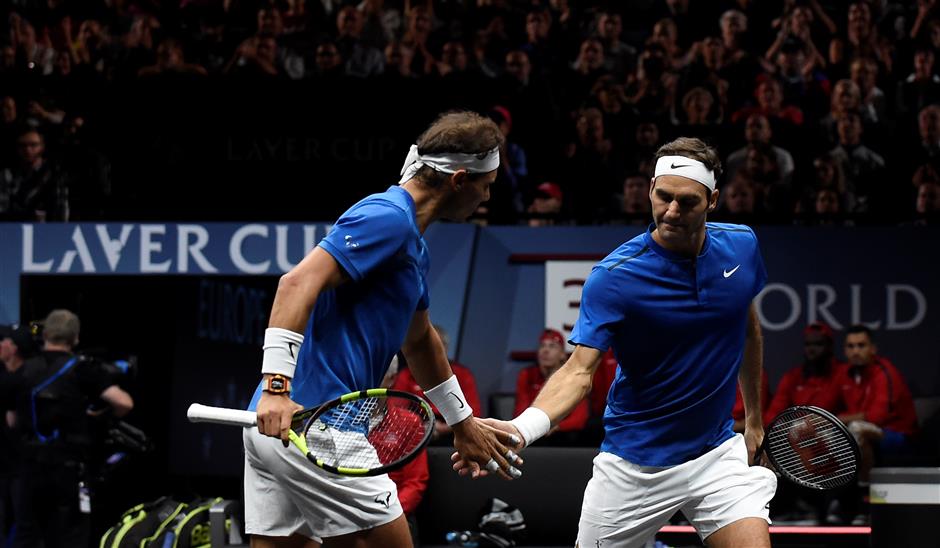 Rafael Nadal and Roger Federer have turned the tables on the next generation of superstars — at least for now — by winning five titles apiece this year.

Both players, who dominated tennis over the last decade or so, were forced to take a break from the sport due to injuries, only to return stronger and enjoy a resurgence of sorts in 2017.

Federer captured the Australian Open and Wimbledon titles this year to take his collection of grand slams to 19, while his closest rival Nadal won the French Open and US Open for his 16th major.

It may have partially helped that Briton Andy Murray, Novak Djokovic of Serbia and Federer’s Swiss compatriot Stan Wawrinka are sidelined with injury, but the pundits had been very vocal in writing them off and betting on the next generation of players to take center stage. Instead, all the talk now is who — Nadal or Federer — would end the year as world No. 1 in men’s tennis.

Both players are in the lineup for the Shanghai Rolex Masters this week. At the end of September, Nadal was leading the ATP rankings with 9,465 points, far ahead of Federer at 7,505.

Federer has enjoyed some success in Shanghai. He lost the 2010 final to Murray but topped Frenchman Gilles Simon in 2014 for his first trophy at Qizhong Tennis Center. He also has a huge fan following in China. The Swiss even spoke in Chinese to announce his return to Shanghai after missing out last year due to injury.

Nadal, on the other hand, has struggled in Shanghai. His best showing in the city was in 2009, when he lost to Russian Nikolai Davydenko in the final. He was out in the first round last year.

As the battle heats up for the year-end rankings — a source of pride for any player — the Shanghai Rolex Masters has emerged as a key tournament for the sport’s two greatest rivals — nicknamed “Fedal” — with the winner walking away with 1,000 invaluable points.

Statistically at least, Federer has an upper hand in the rivalry, having beaten Nadal all three times they played against each other this year, including at the Australian Open, but the road to the season-ending ATP World Tours Finals in London is still some way off.

Will the Swiss pull off a masterstroke and win back the crown and equal Pete Sampras’ record for the most year-end No. 1, or will the classy Spaniard dig deep and deny Federer one last hurrah? 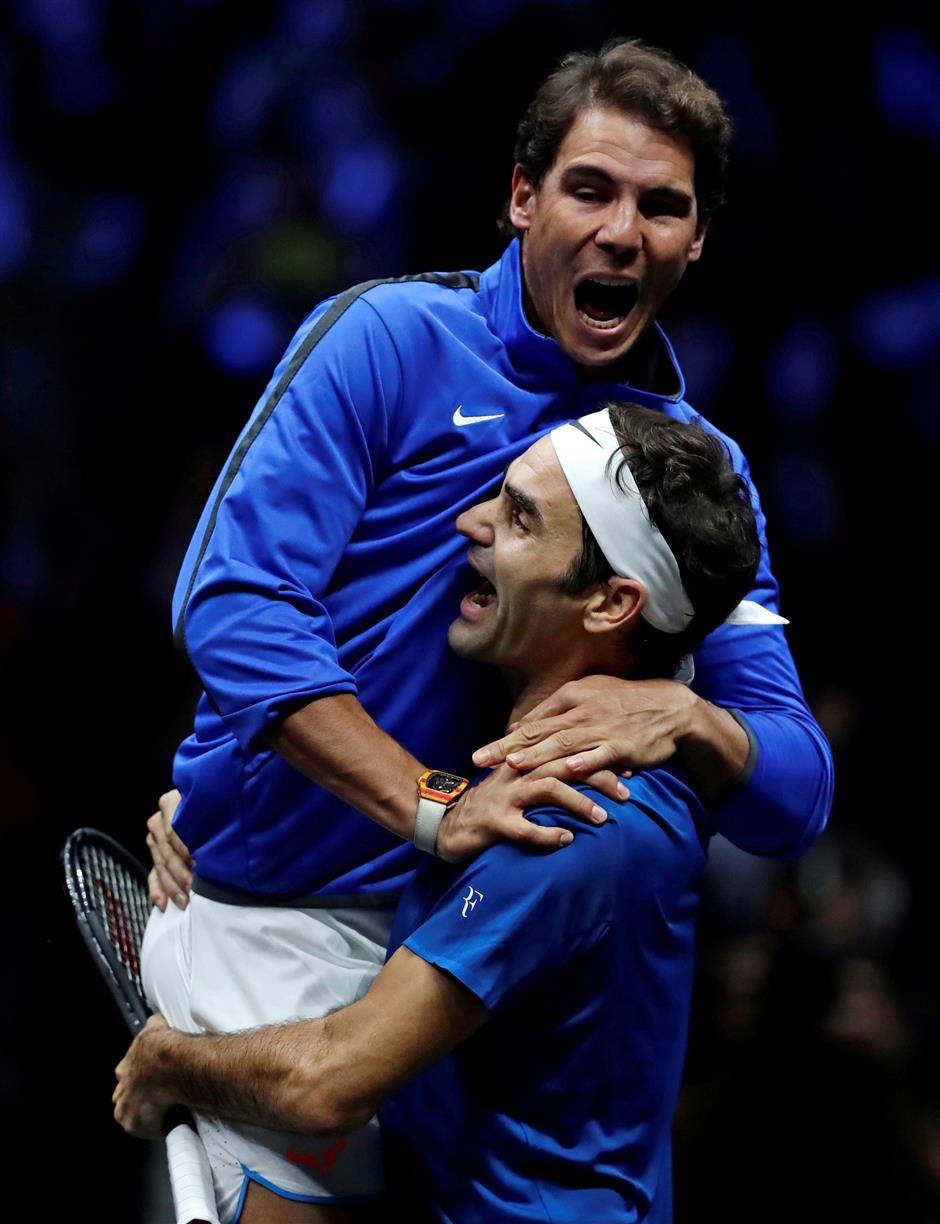 Roger Federer (right) and Rafael Nadal celebrate their victory at the Laver Cup in Praque.

With a fascinating buildup to this year’s Shanghai Rolex Masters, Australians Pat Cash and Darren Cahill, both former players, share their thoughts about the enduring rivalry between these two players with Shanghai Daily.

Cash, recognized as one of the greatest net players of all time, now works as a tennis commentator and coach.

Cahill has coached several high-profile players, including compatriot Lleyton Hewitt and American Andre Agassi, and is a tennis analyst for a sports channel. 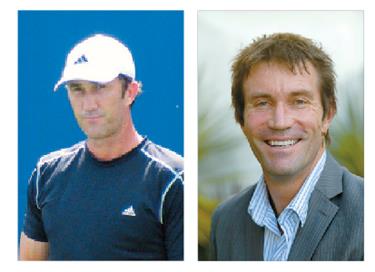 Q: Both Rafael Nadal and Roger Federer are defying age and making a stunning comeback from injuries and winning grand slams? What is the reason for their success?

Cahill: Doubting any great athlete in any sport is a mistake. Doubting Federer and Nadal is tennis suicide. These two guys have made the really difficult seem easy for so many years that it’s difficult to believe there will be anything like this rivalry for many generations to come. Their love of the work, love of the journey, love of competition, and love of success has been second to none throughout their careers. To those outside of the game they continue to surprise. To those inside the game, they continue to be Roger & Rafa. The two greatest the game has seen and winning is normal.

Cash: Both have unique tennis games that have made them successful in the past and continue to do so as long as they remain fresh. We have to remember that neither had serious injuries in 2016. In fact, Federer was clever and decided to take his time and get a niggling knee 100 percent right. Nadal did the same with his wrist. Both came back fully fit. The men’s circuit is a long one so players have very little time to get fully fit after a long year. 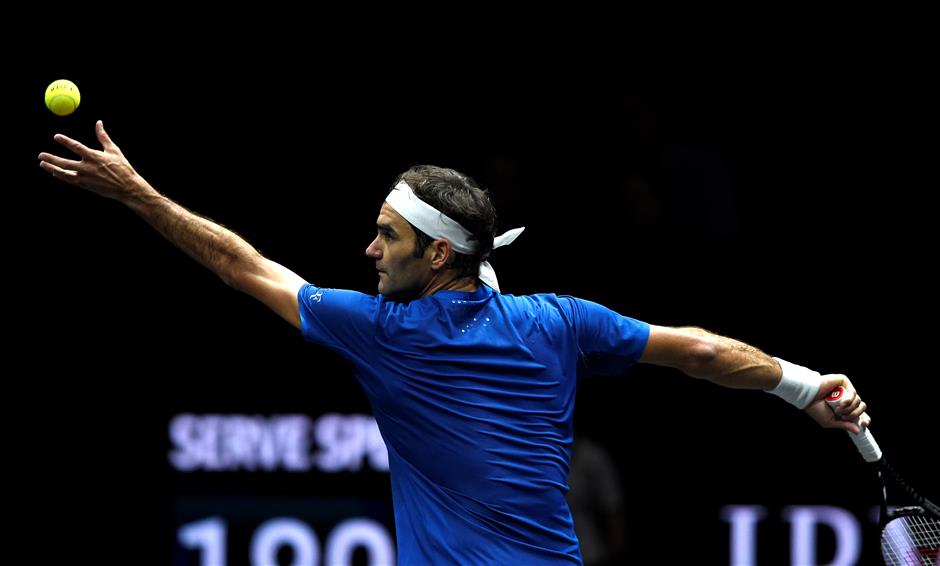 Q: How much of that success can be attributed to coaching and training? ... How do they keep themselves motivated?

Cahill: Coaching and training has played an important part. The two unsung heroes in these camps are the two strength and conditioning trainers who have guided them throughout their careers. They work behind the scenes and receive little credit for their work but both, in different ways, have helped Federer and Nadal maximize their careers by protecting their bodies from injury, fine tuning them into two of the fastest athletes the game has seen, and extending their playing windows. We’ve seen the benefits that the latest two coaches have brought with Ivan Lubjcic and Carlos Moya adding new dimensions to their respective games. Ultimately, it’s the player that swings the racket but the right guidance, training and advice goes a long way to helping any player achieve success.

Q: Both players are in their thirties. Does that mean the younger generation of players are yet to find their full potential?

Cahill: The game has changed in the last 20 years, becoming more physical in all aspects. Federer and Nadal are not the only players to prove that playing career best tennis into your 30s is very possible. Better training, more education in protecting an athletes body, increased diet and supplement knowledge, and bigger support teams all add up to smarter, fitter, stronger and faster athletes. But that takes time and more athletes are now investing in time away from the court with physical training at an early age. It pays dividends down the road.

Cash: There is a good group of young players coming but they are not there just yet but it won’t be long … a year or two!

Q: Who, according to you, is good enough to challenge the big guns other than Djokovic and Murray?

Cahill: Nick Kyrgios and Alexander Zverev are the two younger players that are capable of breaking through at the majors. Zverev has shown us in 2017 that he’s right there with two Masters 1000 wins. Kyrgios has stepped up on the big courts when he’s faced members of the big four. In the next two years I would expect these two guys to push for a major breakthrough.

Cash: (Stan) Wawrinka and (Dominic) Thiem are highly ranked and successful and are going to continue to play well.  I think Wawrinka will be dangerous when he is fit again though it may be mid-year before he is back to top form.

I think Thiem will again produce good results on the clay next season. (Alexander) Sascha Zverev has taken over Nick Kyrgios as the one to watch though Kyrgios remains an exceptional talent. Neither have produced in grand slams yet but I think it’s a matter of time. Denis Shapovalov has produced some great performances this summer and is willing to put in the hard work so he will be successful.  His left handed serve is very good and will cause trouble for players.

Q: Do you see any Asian player, outside of Australia, challenging for top honors anytime soon?

Cahill: (Kei) Nishikori is the guy. He has been for the last five years but he’s always struggled to keep his body intact. He’s been more consistent and a better player/athlete the last three years but his momentum gets broken with niggling injuries that he’s struggled to shake. Give Nishikori an injury free 12 months and let him build some confidence and he will be right there. Game wise, he’s more than capable.

Cash: Not any time soon. There are some players with potential but it will be a few years before we see them crack the top five to 10.

Q: Who will end the season on top as world No. 1 in men’s tennis?

Cahill: Rafa Nadal. He has a pretty good lead at the moment. If Roger can close the gap to within 500 points by the ATP Finals in London then it’ll make for a great event as that court suits Roger a little more than Rafa. Either way, Roger and Rafa have taken us on a hell of a ride this year. 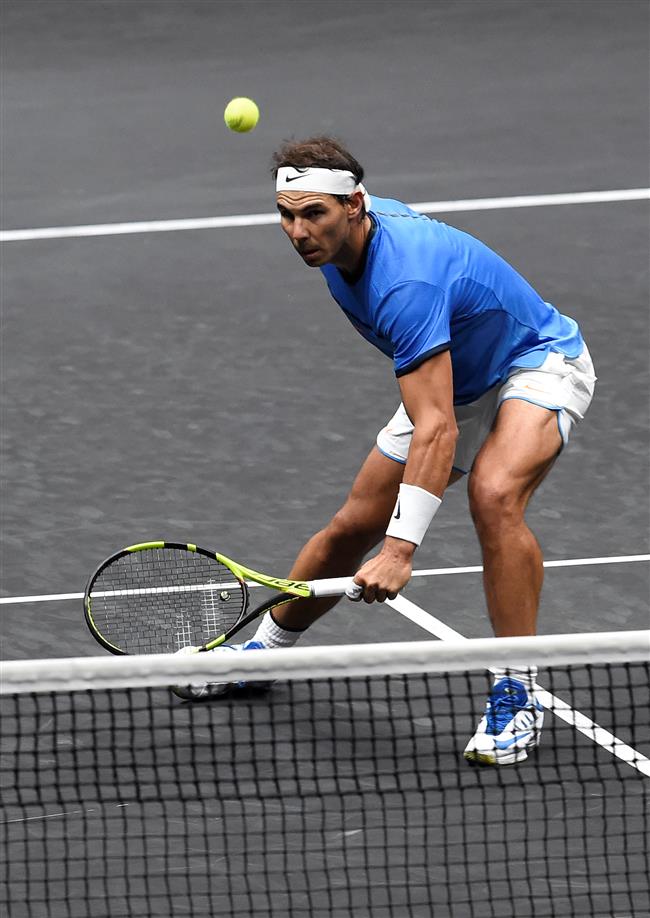