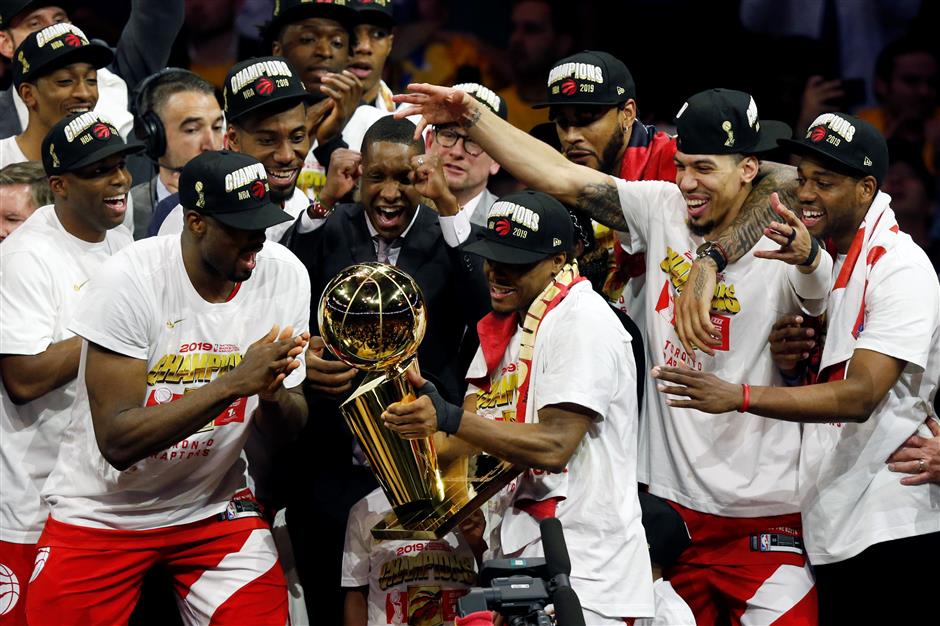 Kawhi Leonard #2 of the Toronto Raptors celebrates with the Larry O'Brien Championship Trophy after his team defeated the Golden State Warriors to win Game Six of the 2019 NBA Finals at ORACLE Arena on June 13, 2019, in Oakland, California.

The Toronto Raptors captured their first NBA crown on Thursday, defeating Golden State 114-110 to become the first league champion from outside the United States by dethroning the defending titleholders.

Klay Thompson scored 30 points to lead the Warriors but left the game with a left knee injury late in the third quarter after landing awkwardly on his left leg.

Injury-hit Golden State was already without two-time NBA Finals Most Valuable Player Kevin Durant, who returned in game five Monday after being sidelined for a month only to suffer a ruptured right Achilles tendon.

Golden State had a final shot to win trailing 111-110 but Curry missed a 3-pointer and Green called a timeout when the team had none, setting up three final free throws by Leonard to seal the victory.

Leonard was named the NBA Finals Most Valuable Player for the second time in his career after the first in 2014 with San Antonio.

The Raptors spoiled the Warriors' farewell appearance at Oracle Arena. Golden State's home since 1971 will be replaced by a new US$1 billion venue in San Francisco next season.