Lin vows to plough on in pursuit of fading Olympic dream 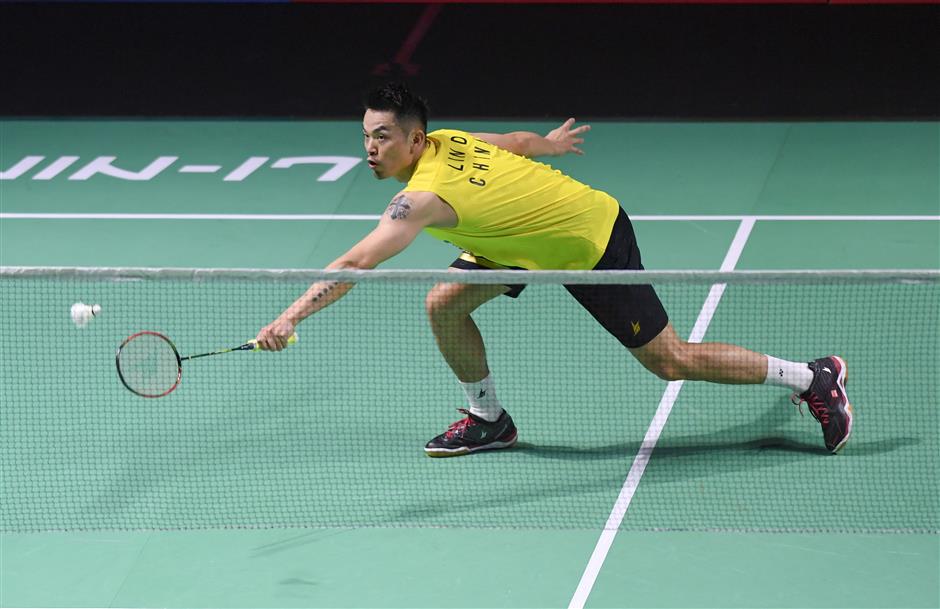 Lin Dan on Wednesday scotched reports that he is set to retire and said he will not give up on his unlikely bid for a third Olympic gold.

The 36-year-old, arguably the greatest badminton player of all time, went out in the first round of the Fuzhou China Open to his fellow Chinese Chen Long.

It was another blow to his fading chances of reaching next summer's Tokyo Olympics, but Lin vowed afterwards to carry on despite Chinese media saying Fuzhou could be his farewell tournament.

"I didn't know about the rumors, I think it's too early to talk about retirement," Lin was quoted as saying by Xinhua news agency.

"I won't give up trying to qualify for the 2020 Olympics until the last minute."

But Chen, the 2016 Rio Olympics gold medallist, came back to win the next two 21-12, 21-12 and send a wilting Lin home early in Fuzhou, capital of southeastern Fujian Province.

Lin has now lost eight times in the first round of tournaments this year.

Chen and Shi Yuqi are third and fourth, respectively, and in pole position to represent China next summer in Tokyo, as long as they remain ahead of Lin at the April 2020 cut-off.

Shi is coming back from an ankle problem and more injuries for him could be Lin's best hope for making the China team for Tokyo.

Lin, who earned the nickname "Super Dan" during his pomp, has always said that he wanted to end his career with another tilt at Games gold.

With that prospect looking increasingly remote, Chinese media had speculated that he could announce his retirement imminently.

On Tuesday, defending Fuzhou champion Kento Momota, the world No. 1 from Japan, defeated Daren Liew when the Malaysian retired.

There was more joy for the hosts as Cai Yanyan surprisingly beat Saina Nehwal, the eighth seed from India, 21-9, 21-12. 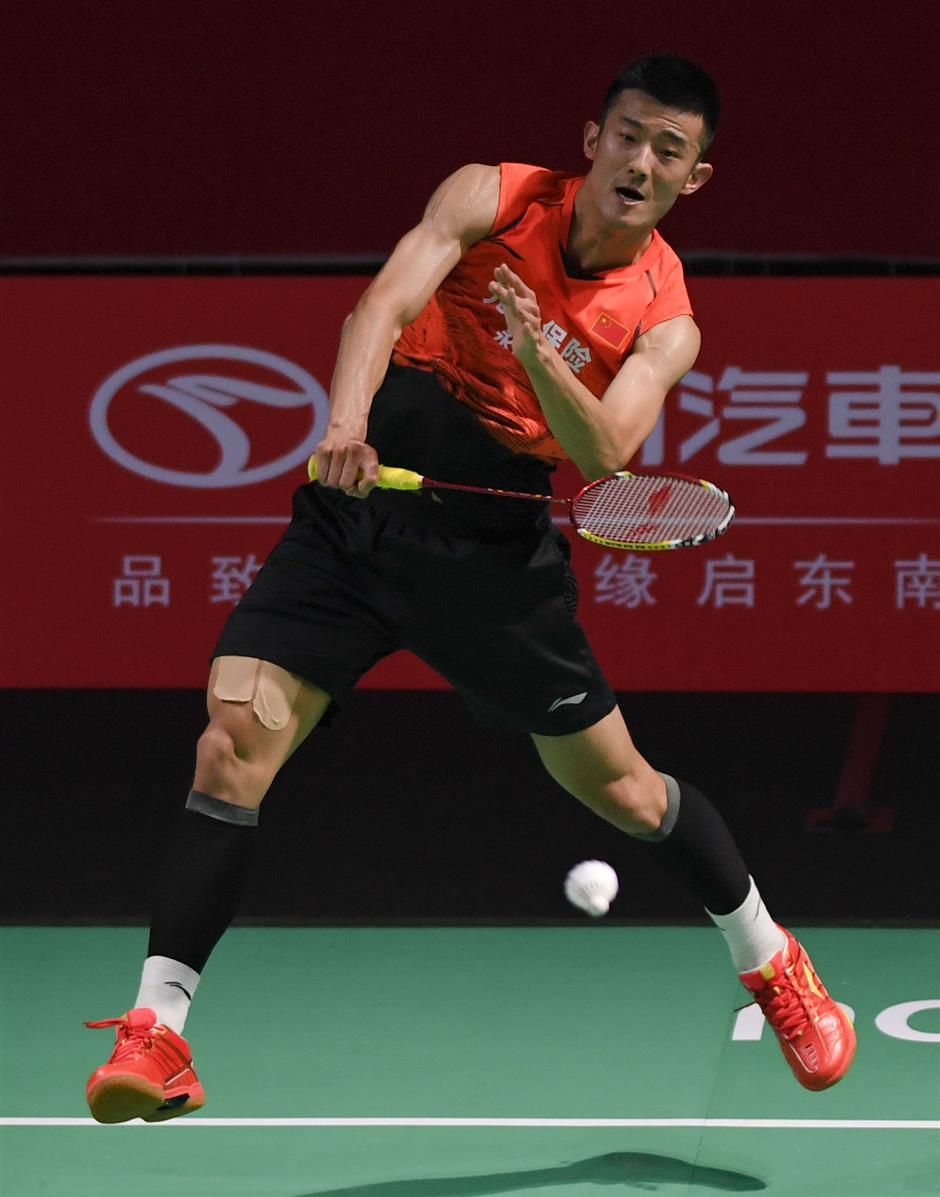 Meanwhile, Chen, Lin and Antonsen have raised concerns about the current draw system used by the Badminton World Federation, calling on Wednesday for a live-streaming lottery in the future.

The BWF responded in an email to Xinhua, noting that players can be assured the draws for tournaments are completely random and they will always look into concerns of irregularities.

In Fuzhou, four of five Chinese men's singles players were allocated in a four-player division, which meant that there were three all-China clashes in the first two rounds.

Rio Olympic champion Chen expressed his anger about the draw after seeing off Lin. "I have never seen a draw like that in my career. The BWF should do the draws in public," he insisted.

"The federation should give more consideration to the players, as they have their problems," Chen noted.

Lin said that "it is not only this time in Fuzhou that Chinese players have been bunched together, it's happened a lot, in men's singles and women's singles".

"(Denmark pair) Mathias Boe and Mads Conard-Petersen are facing (China's) Han Chengkai and Zhou Haodong in the first round for the fourth time in the last five tournaments. I know for a fact that the chance for that to happen is almost non-existent," the Dane said. "Similar situations have happened countless times over the years."

The world No. 5 called for manual, live-streamed lotteries at every Super 500, 750, and 1000 tournament, including the Olympics and world championships.

In its statement to Xinhua, the BWF also noted that "this program has been used by BWF for many years now and the system is programmed to process the draw following all relevant BWF General Competition Regulations and specific tournament regulations, where appropriate".