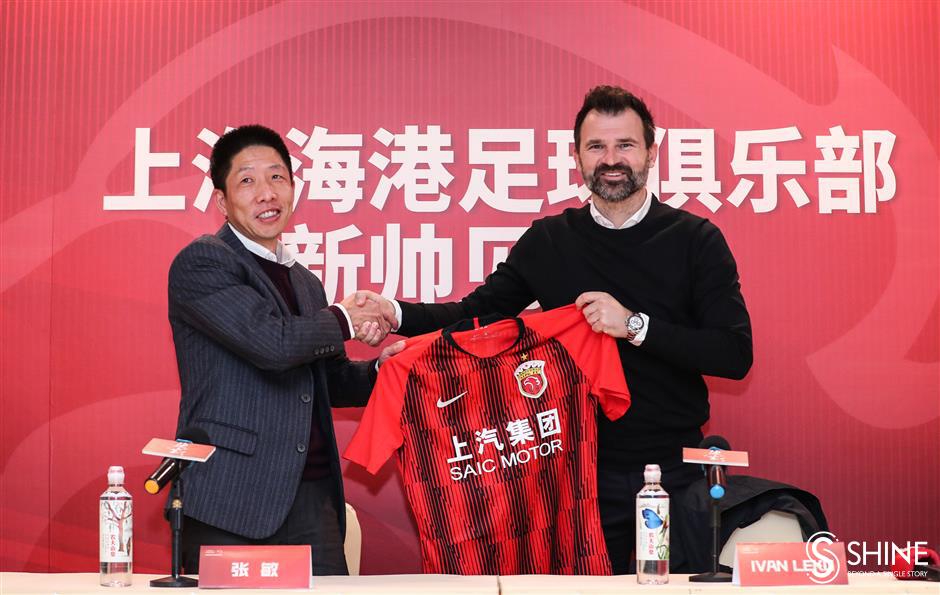 Shanghai Port FC’s new manager Ivan Leko has described himself as an “ambitious” football coach, who wants to help his new team make progress on a daily basis.

The 42-year-old Croatian completed his two-week quarantine last week after arriving in Shanghai, and met with local media and some fans for the first time on Monday at the SAIC Motor Pudong Arena, the Chinese Super League team’s new home ground.

He added: “I believe in my instincts when making decisions. I feel connected to this club. In my football theories, result is the most important thing. Also, I want to show fans nice football and good teamwork, and help individual players improve.”

As a player, Leko appeared for La Liga’s Malaga and Belgian club Brugge. He made 13 appearances for the Croatian national team and was called up to the national squad for the 2006 FIFA World Cup. He retired at the age of 36, and then honed his coaching skills at Brugge, al-Ain of the United Arab Emirates, and another Belgian side Royal Antwerp from where he landed in China.

Before his public debut in Shanghai, Leko led his new team for three days of training at Pudong’s Century Park. He can already remember most of the first team players’ names.

“It’s important to know names of each player,” said Leko. “It’s also my requirement of my assistants. It helps in building mutual trust.”

Leko has brought a five-member coaching team to Shanghai, who will work together with the club’s three existing assistant coaches.

Shanghai Port didn’t manage a satisfying result in the 2020 season, finishing fourth in the CSL and losing in the last 16 of the AFC Champions League.

Leko said he and his coaching team studied Shanghai Port’s match videos of last season, as well as the team’s opponents, during quarantine.

“We also learned some aspects of Chinese culture, because we want to win respect, which will help in our future work,” he said. “I know that the club’s objectives are high. I’m very confident and look forward to the challenge.”

The Croat said he is fond of attacking football and often encourages players to charge forward and even take risks.

“I’m a very ambitious person, just like the club. I promise that the team will make progress on a daily basis. This year, you will see a team that works hard from the first minute to the last moment throughout the season,” Leko insisted. 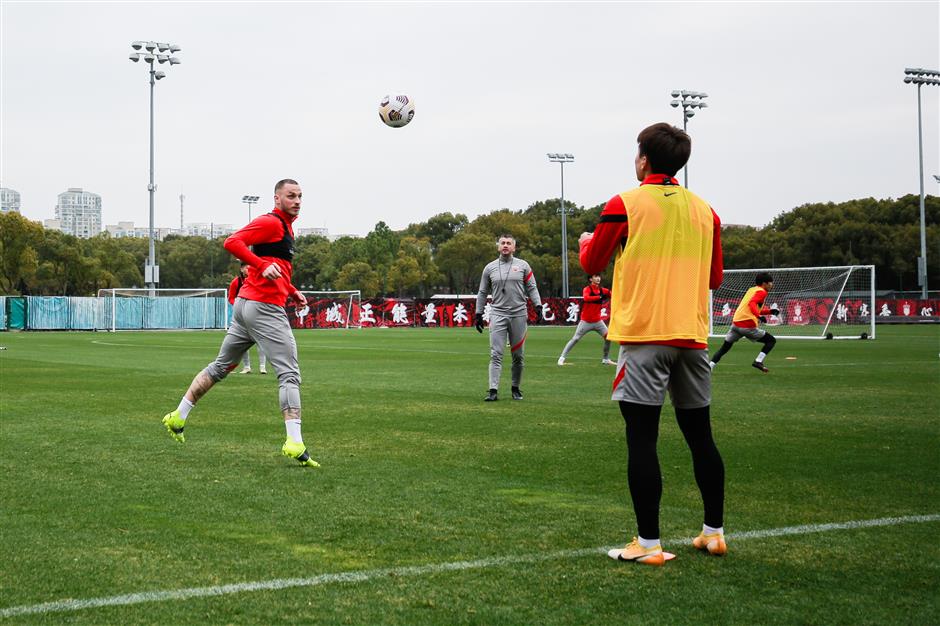 With the departure of former captain Hulk, Shanghai Port has signed Australian midfielder Aaron Mooy. The team also has the Brazilian duo of midfielder Oscar and striker Ricardo Lopes on its books. Newly-signed Croatian defender Ante Majstorovic will join the team after his visa issues are resolved.

Talking about working with big-name players, Leko said it has never been an issue with him.

“I manage all players the same way, a very professional way,” he said. “I will treat the players in the way I treat my daughter – be sincere and care for them, so that we can work together for the same purpose.”

Shanghai Port club president Zhang Min said the professionalism and strictness Leko has showed in his work since arriving in Shanghai is exactly what the club expects from a head coach.

“The club’s requirement for each manager, now and in the future, is that he can lead the team in training in person, be strict in management and always give priority to the club’s interests rather than personal interests,” Zhang noted.

Shanghai Port plans to continue training in Shanghai before the Chinese New Year. The team will then head to Haikou, south China's Hainan Province, for the second phase of training on February 15 after the Spring Festival holiday.