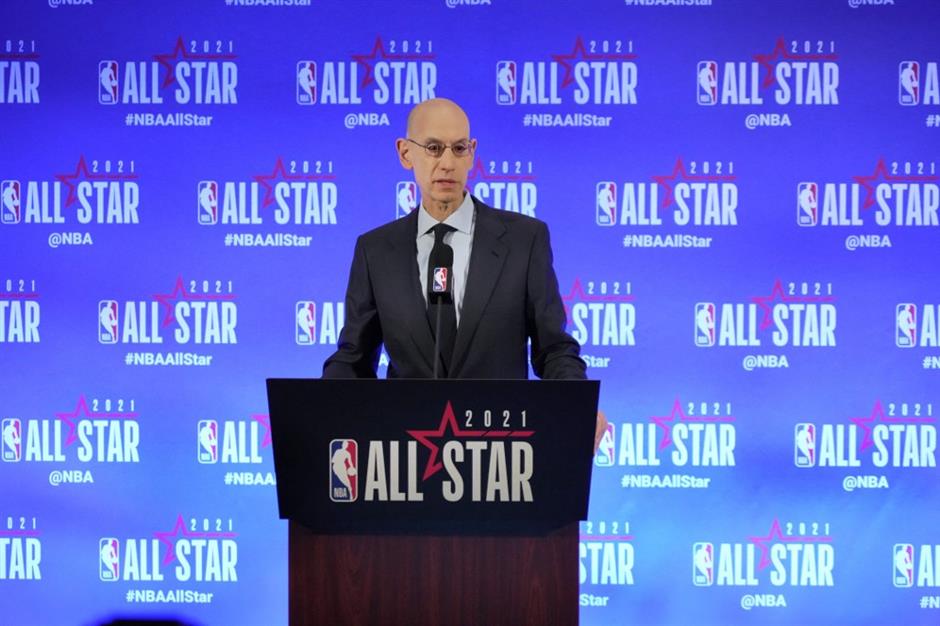 NBA Commissioner Adam Silver speaks to the media during a press conference during the NBA All-Star 2021 on March 6, 2021 at State Farm Arena in Atlanta, Georgia.

The NBA has no plans to change it's "iconic" logo, despite recent calls — including from Brooklyn Nets star Kyrie Irving — to make the late Kobe Bryant the image of the league, commissioner Adam Silver said Saturday.

"The logo is iconic," Silver said in a virtual press conference on the eve of the NBA All-Star Game in Atlanta, Georgia, adding that it "doesn't feel like it's the appropriate moment to change it."

A change.org petition urging the league to "immortalize (Bryant) forever as the new NBA logo" has garnered more than 3 million signatures since Bryant died in a helicopter crash in January of 2020.

Irving has come out strongly in favor of the idea in recent weeks.

"He was the standard for our generation," Irving said. "We want to set a standard and precedent, like this is excellence, Kobe Bryant. Logo. Yes. Needs to happen. I don't care what anyone says. Black kings built the league. That's exactly where I stand."

The current NBA logo is widely accepted to be based on the silhouette of former Lakers star Jerry West, who has said before he would be happy to see it change.

But Silver said there had been no discussions on the topic in the league office.

Noting that the league had named the All-Star Game's Most Valuable Player award after Bryant, Silver said the league could eventually revisit the idea of updating the logo design.

"I appreciate the sentiments, but it feels like the logo is appropriate right now," he said.