Shanghai Port departs for Suzhou ahead of CSL start 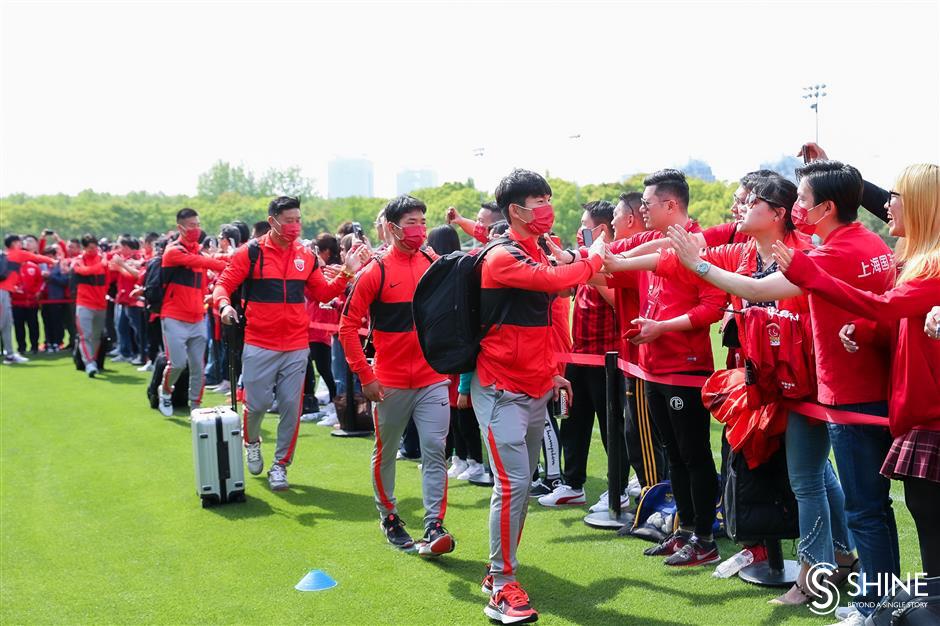 Shanghai Port players bid goodbye to fans at Pudong’s Century Park on Sunday as they depart for Suzhou, neighboring Jiangsu Province, for the 2021 Chinese Super League season, which kicks off on Tuesday.

Shanghai Port fans gathered at Pudong’s Century Park on Sunday afternoon to see off the team which was heading to Suzhou, neighboring Jiangsu Province, for the 2021 Chinese Super League.

The 2021 edition of the Chinese top-tier league will continue with the format introduced last season due to the COVID-19 pandemic, with the 16 teams divided into two groups for first-stage matches in Suzhou and Guangzhou, southern Guangdong Province, respectively.

Shanghai Port is in the same group with city rival Shenhua. Other teams in the Suzhou group are: Changchun, Dalian, Beijing, Hebei, Tianjin and Wuhan. The eight teams  playing in Guangzhou are: Chongqing, Cangzhou, Henan, Shandong, Shenzhen, Qingdao, and the two local teams Guangzhou FC and Guangzhou City.

The new season kicks off on Tuesday. Shanghai Port’s first match will be against Tianjin Jinmen Tiger on April 22, while Shenhua takes on Beijing Guoan on April 23.

The two Shanghai derbies have been scheduled for May 5 and July 14.

“I’m satisfied with our players’ performance during the three months of preseason training. The team has adjusted to a good form,” Shanghai Port’s new Croatian manager Ivan Leko told media at Century Park. 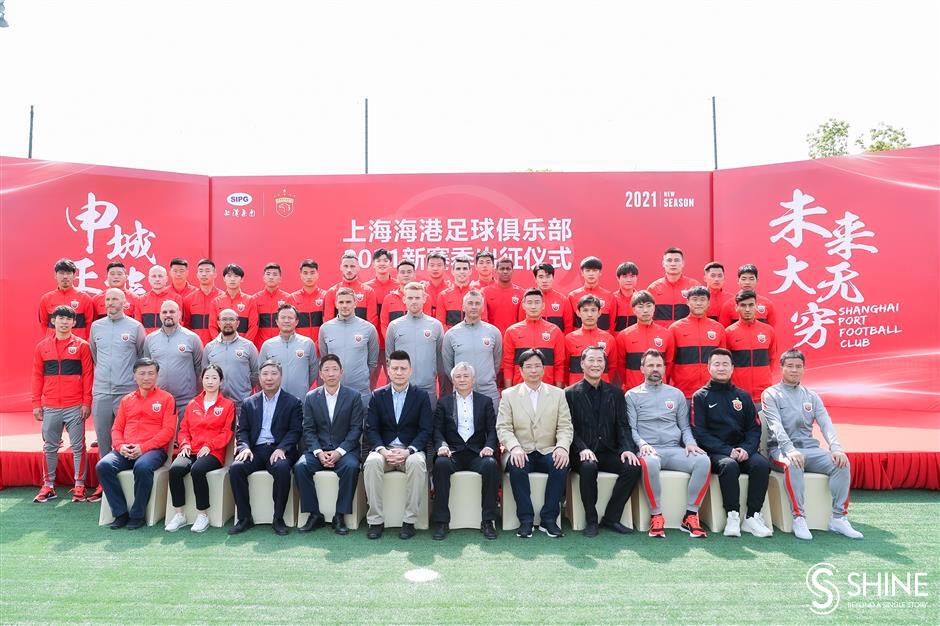 Shanghai Port players and officials take a group photo on Sunday before leaving for Suzhou for the new Chinese Super League season.

The club’s newly-signed Croatian defender Ante Majstorovic broke the cruciate ligament of his left knee during an intra-team match earlier this month. He went to France for surgery and is expected to return in six to eight months' time.

“That’s definitely bad news for the team. We either cry over it or deal with it,” said Leko. “For other younger players, Ante’s injury might be an opportunity. We will surely find a solution.”

Following the departure of Hulk, his Brazilian compatriot Oscar has been named Shanghai Port’s new captain. The former Chelsea playmaker underwent an appendicitis operation last month, but recovered quickly enough to join his teammates for training.

“I was given the captain's armband several times on the pitch, too, last season. I will surely do my best to lead the team in achieving good results,” he said.

Some CSL teams are still missing their foreign players due to coronavirus travel restrictions, including Guangzhou FC’s Paulinho and Anderson Talisca. The Brazilian duo have not been registered by the 2020 CSL runner-up for the season.

The 2021 season will kick off without the defending champion Jiangsu Suning, which has disappeared, having been refused a license for the competition after owner Suning announced in February its intention to stop backing the team. 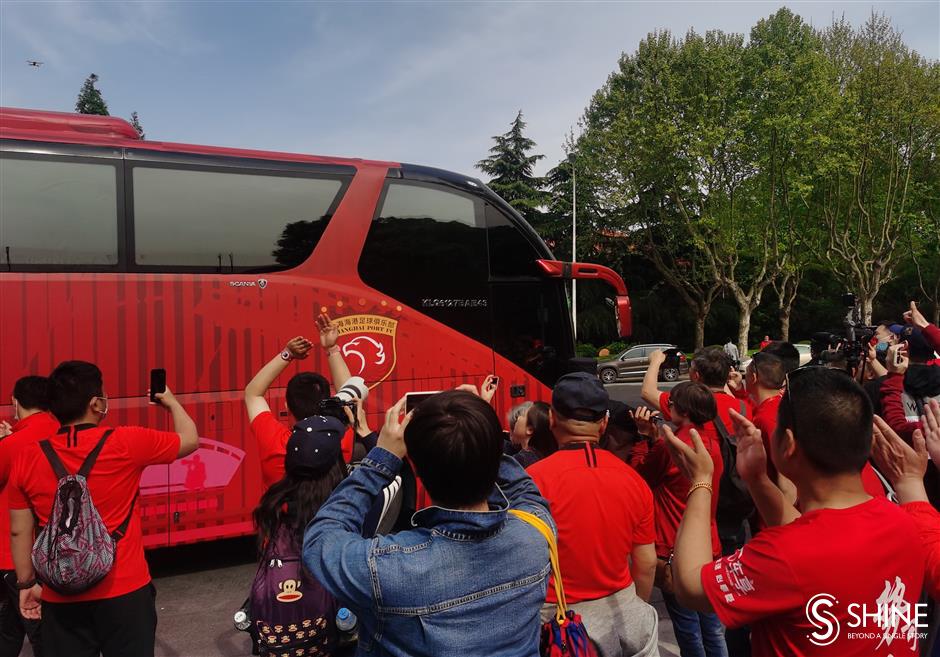 Shanghai Port fans see off the team bus as it leaves for Suzhou on Sunday afternoon.