Huawei sets out ambitions for a better world

The company aims to tackle 10 major challenges worldwide, from human-machine interface to using artificial intelligence to discover new pharmaceuticals, to biopharmaceuticals and vaccines as well as safe and efficient energy conversion and storage, Huawei said during its two-day Global Analyst Summit 2022.

This will redefine computing architecture to break through existing bottlenecks in computing performance and efficiency.

In this regard, Huawei is already working on 5.5G, covering both mobile and fixed-line networks, an upgrade on the fifth-generation network. 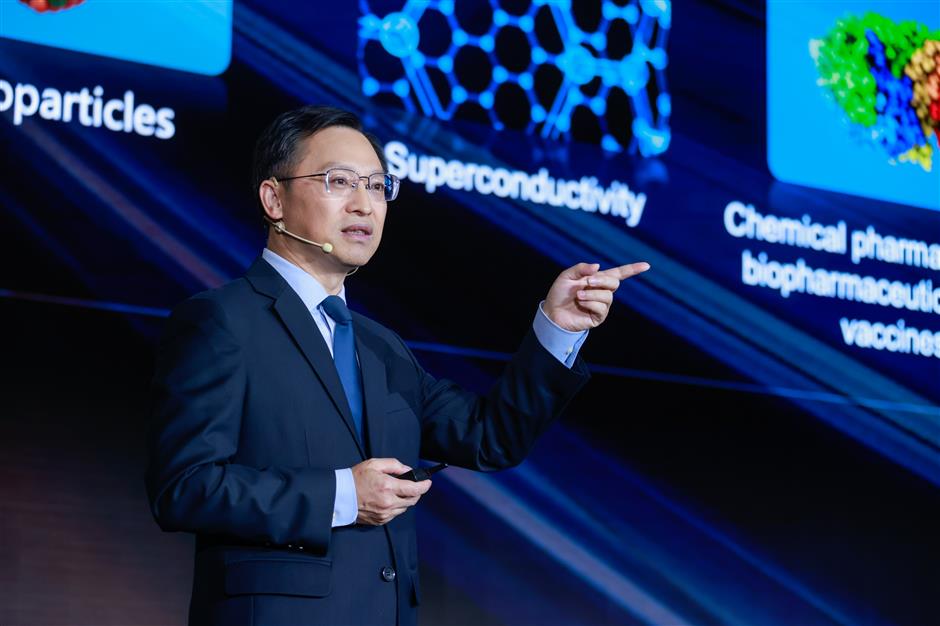 Zhou Hong, head of Huawei's strategy research institute, has listed 10 major challenges worldwide which can be solved by tech development.

In the first quarter, China's industrial Internet output surpassed a record 1 trillion yuan (US$153.8 billion) for the first time, thanks to digitalization in manufacturing and various other industries, according to the Ministry of Industry and Information Technology.

In March, Huawei reported a revenue decrease of 28.6 percent in 2021 as it went through "the darkest zone" because of challenges such as the COVID-19 pandemic and the United States tech sanctions, after former US President Donald Trump put the firm on an export blacklist in 2019 and barred it from accessing critical technology of US origin.

The company said it will increase research and development investment significantly, including recruiting 10,000 new employees this year as the US sanctions have challenged Huawei's supply chain for smartphones and forced it to seek new business opportunities in other sectors like the cloud and AI.

According to Zhou Hong, head of Huawei's strategy research institute, these challenges include ways to teach machines how to understand the world; how to better understand the human body; build on human-machine interfaces and develop new sensing and control capabilities, such as brain-computer interfaces; discover new chemical pharmaceuticals, biopharmaceuticals and vaccines; and develop safe, efficient energy conversion and storage.