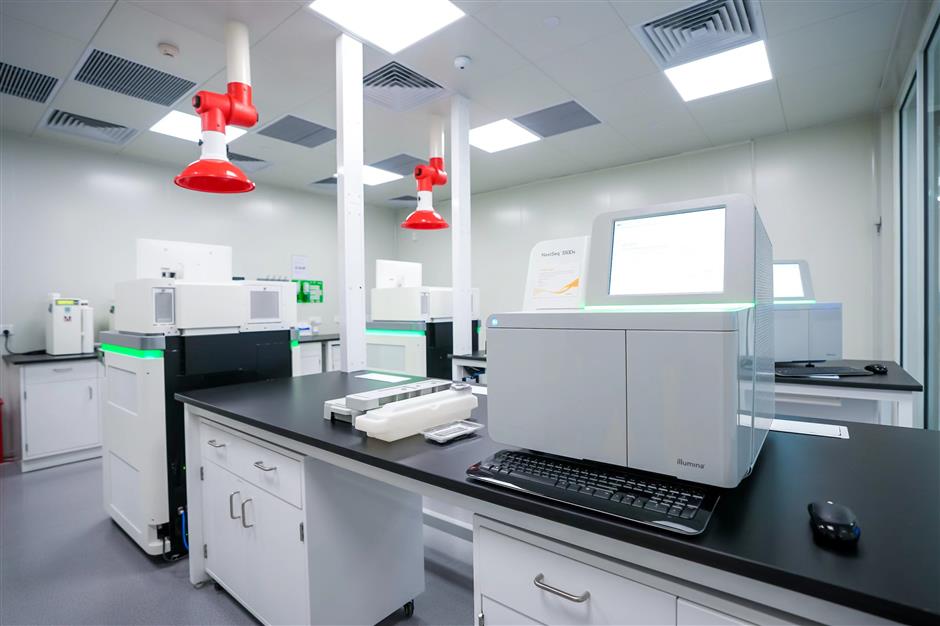 Illumina's DNA sequencing instruments are seen at its new production base in Minhang District, the firm's first site outside the United States and Singapore.

Illumina, a DNA sequencing and array-based technologies provider, has put into operation its first China manufacturing site in Shanghai, further indicating that multinationals see the city as an attractive destination for further investment.

With an initial investment around 50 million yuan (US$7.8 million) in the phase-one project, the Minhang District plant marks the company's first site outside the United States and Singapore. And, it took only one year to become operational.

The company said it hopes to further invest across the entire value chain in China, with intended investment totalling 500 million yuan in the next three to five years.

"We find the life sciences and genetic industry has huge potential in China and the new manufacturing capabilities allow us to better cater to domestic demand," said Li Qing, senior vice president and China general manager at Illumina.

By 2025, the total research and development spending will make up 4.5 percent of Shanghai's gross domestic product as the city eyes an ambitious blueprint to become an innovation hub, and its biopharma industry is estimated to be worth more than 1 trillion yuan by then.

"Shanghai's favorable policies for the biopharma and life sciences industry as well as latest measures to retain high-end talent are very appealing for us," Li noted.

The first batch of commercial supply of testing reagents is expected to be delivered to local customers by the end of this year, with growing demand for in vitro diagnostic testing for a wide range of medical purposes such as early screening and diagnosis, the company said.

This would also bring greater efficiencies to the company's global manufacturing and supply chain operations with about two thirds of China sales currently coming from import reagents.

Earlier this year, its China head office registered at the Shanghai Waigaoqiao Free Trade Zone in Pudong was certified as a multinational headquarters by the Shanghai Commerce Commission.