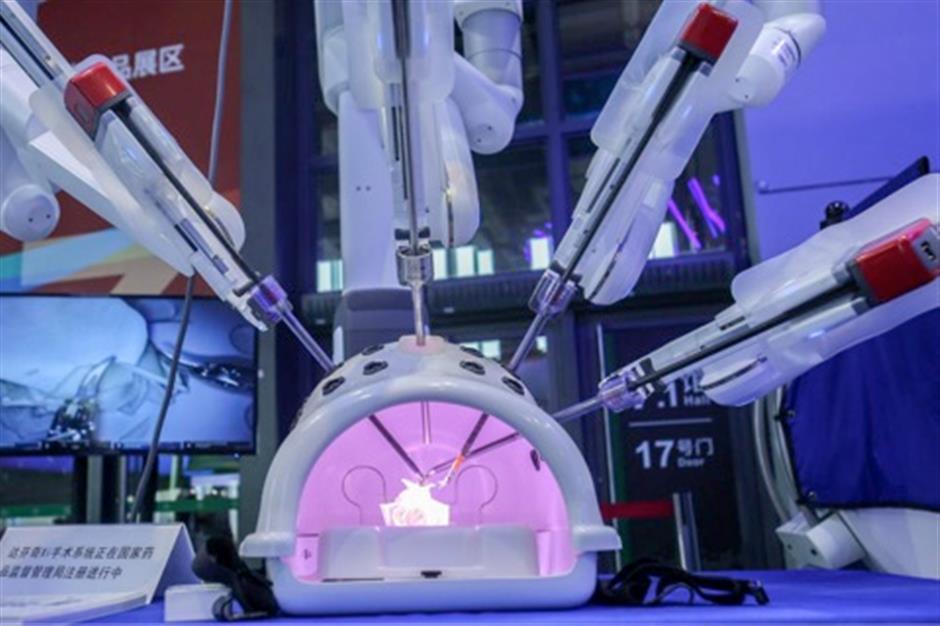 Fosun is showcasing a minimally invasive surgical system and other leading healthcare technologies at the expo.

Fosun International said Da Vinci robotic surgical systems had won contracts worth US$110 million from domestic hospitals as it showcased the minimally invasive and other leading healthcare technologies during the China International Import Expo.

Fosun Chairman Guo Guangchang said the company would continue to push forward multilateral collaboration with partners and stakeholders in various areas to help to improve healthcare in China.

"We’re eyeing at least 100 billion yuan of investment in R&D over the next 10 years and we would continue our in-house research efforts to drive research in fundamental science. At the same time we are also seeking the best companies from around the globe as our partners," Guo told the Healthcare Science Innovation Forum one the sidelines of the CIIE.

He said the company had invested some 4 billion yuan in the first six months of the year fin technology initiatives and research and development projects, venture capital and incubation projects.

NASDAQ-listed Intuitive Surgical set up a joint venture with Fosun Pharmaceutical Group to research, develop, manufacture and sell innovative medical devices in 2016 after it first started to export surgical devices to China more than 13 years ago.

Up to now, 84 robotic systems from Intuitive Surgical have been installed in hospitals on China's mainland and Hong Kong and more than 100,000 surgeries have been completed using the robotic surgery platform. Globally more than 4,500 Da Vinci surgical platforms are currently in use.

During the CIIE, Fosun said some 34 hospitals in provinces and municipalities including Beijing, Guihou, Hebei, Henan and Xinjiang had signed contracts to import the the surgical system.

Wang Jian, director of the National Health and Family Planning Commission's International Health Exchange and Cooperation Center, told the forum: "The further opening up of China's market economy would provide a favorable environment for players from various sectors in the healthcare industry to exchange ideas and collaborate with each other."