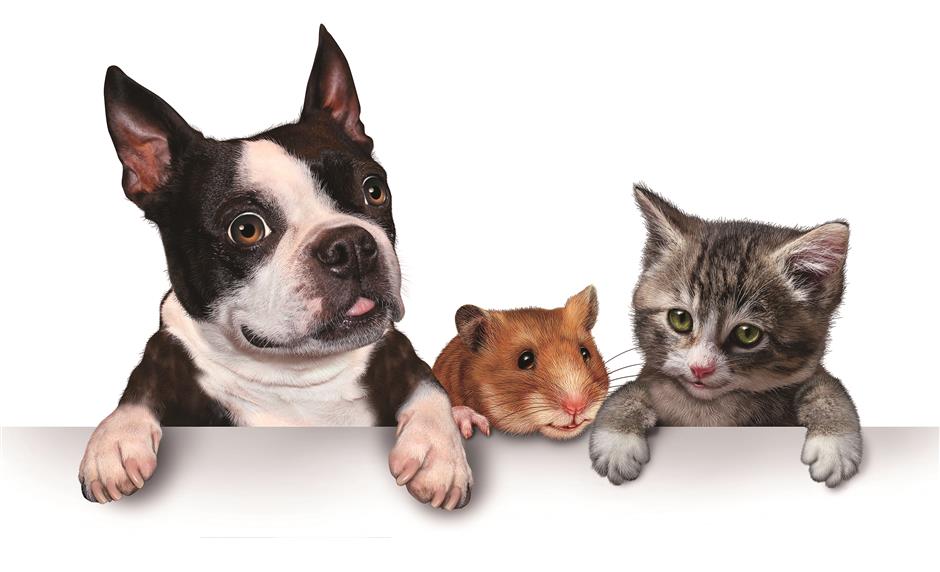 "Man’s best friends” are proving to be a windfall for China’s multibillion-yuan pet-care industry.

Last year, the so-called “pet economy” in China was valued at 170.8 billion yuan (US$25.2 billion), up 27 percent from a year earlier, according to an industry white paper.

There’s no end of what we will do to pamper our pet dogs and cats. Toys to play with. Beds to sleep in. Clothes to wear. Tools for grooming. And don’t forget veterinary visits, dog obedience classes and pet food.

People have long kept dogs and cats in China, but in times gone by they were mostly for utilitarian purposes like guarding farmhouses and catching rats. Nowadays, pets have become urban family members,especially with the younger generation.

Li Anlan, the 28-year-old owner of two cats, said it took her a few years to decide whether or not to have pets.

“They come with at least a 10-year commitment,” she said. “My first cat came into my life by chance in 2017. I live by myself in Shanghai, and it’s been an amazing experience to have company at home. The cats cheer me up when I feel down, and it’s so much fun playing with them after work every day.”

She added, “Money isn’t the only commitment. I still need to devote a lot of time to learning the best ways to take care of the cats. Because I love them so much, I feel it’s my responsibility to improve their lives.”

Li is among the estimated 74 million urban dwellers who have pets in China.

That was equal to about 9 percent of China’s non-migrant urban population in 2017.

As pet ownership expands, so too the industry that caters to pet care. The industry is expected to grow as disposable incomes rise and more people take to the idea of having a pet, according to a report from China Merchants Securities.

The brokerage estimates that the industry will exceed 400 billion yuan in value by 2020, with a compound annual growth rate of 33 percent. China’s pet owners are forecast to spend 2,048 yuan per pet by 2020, double the figure in 2015. That’s still below the average figure in many Western countries.

Pet food is a key cornerstone of the market. After all, every doting pet owner wants his four-legged friend to dine on the best.

Not just any pet food, but high-quality, healthy grub. Makers of pet food are tailoring their products to the trend.

Research firm Kantar Worldpanel said in a report that the rate of increase in pet food sales doubled in 2018, making it one of the top four fastest-growth consumer goods in first-tier and second-tier cities in China.

“Chinese consumers have been paying more attention to the ingredients of pet food in the past two years,” said Yang Yi, project manager of Sun Art Retail Group, whose Auchanpets unit is related to pet food and accessories. “Consumer attention to pet food ingredients, a trend that originally came from the US, and has become increasingly popular in China. Consumers prefer healthy, natural and organic pet food. They choose foods with protein-rich chicken or fish as the first ingredient.”

Huang Yixuan, 23, has a 2-year-old cat named Zizi. She buys imported cat food from a Canadian company called Petcurean. Its ingredients include freshwater trout, salmon, omega oil, fruits and veggies. She pays 360 yuan for 3.6 kilograms of the cat food.

Huang said she did research before deciding which cat food to buy, and her choice was based on brand name, ingredients and prices.

“I looked into details of the ingredients of each product,” she said. “Zizi was a one-year-old stray when she came into my life, and I want to give her extra nutrition. Spending the money on healthy food is better than having to spend even more money on vet bills later.”

It’s wise for pet owners to beware. According to the local consumer council in Shanghai, about one third of tests on 48 dog-food sample found unhealthy levels of toxins and bacteria.

The samples came from pet food sold in pet stores, pet hospitals and e-commerce platforms for between 4 yuan and 146 yuan per kilogram.

Mars and Nestle are two of the big global players in China’s pet products market. Mars started its China pet business in 1989 and set up the first pet-food factory in China in 1995. Nestle started plying pet products here in 2002.

Mars Petcare has a number of global brands, such as Whiskas, Pedigree and Sheba. Brandy Niu, general manager of Pet Nutrition of China, said more global brands are being introduced into the Chinese market, such as Nutro, which is based on natural grains.

Nestle’s Purina brand offers what it says are nourishing ingredients for cat and dog meals. It claims its products help the development of puppies and kittens, aid digestion, control weight and improve cognitive functions in older pets. The company will launch a product soon in China that claims to improve memory, attention and training obedience of dogs of seven years or older.

Nestle said 40 percent of families in China’s biggest cities feed their pets commercial products, compared with less than 2 percent in 2003. Consumers who used to settle for lower-price pet food are now buying higher-cost products, it added.

Food is just part of the hype of the petcare industry. Also on sale are products such as automatic pet feeders and “smart” pet food bowls. Pet owners can use apps via mobile phone to see how much their pet is eating. There are also pet clothes, leashes and birthday cakes on the market.

In the digital age, online sales of pet-care products are rising. Kantar Worldpanel said e-commerce is the most important channel of buying pet food, contributing more than half of sales in major cities in China. It’s a matter of convenience and also of accessing information about a wide variety of products and services.

About 50 percent of consumers buying pet food online are 30 years or younger and 70 percent are female, according to Auchanpets.

“The penetration rate of online purchases continues to rise,” said Sun Art Retail’s Yang. “Online platforms provide opportunities for companies to promote themselves in an easy and efficient way. The problem is that they are marketing similar products and need to find a way to develop their own distinctive brand advantages.”

Mars said that its products are sold on most of e-commerce platforms. The company has partnerships with sales platforms Tmall and JD.com. During the “Double 11” shopping event last November, Mars Petcare said it added a record 78,000 pet owners.

Loic Moutault, president of Royal Canin, said the Chinese team offered discounts on the day and live-streamed information on how to take care of puppies and kittens.

“It was a combination of education and promotion,” he said. “In 2017, sales exceeded 90 million yuan in one day.”

The young generation likes to share photos and stories about pets on social media sites. That offers a business opportunity for online retailers to sell pet-related products.

“I see some brands promoting their pet products on Sina Weibo and TikTok,” said Ma Yijing, 27, who works at a consulting firm and has a one-year-old cat. “Some key opinion makers are selling related products on social platforms. But for specific purchases, I look carefully at a product before buying.”

For true aficionados, cat cafés have sprung up, where patrons can bring their pets, share experiences with other pet owners and buy something to eat for both themselves and their felines.

“Our café is small and located in the downtown area,” said a Shanghai cat café worker surnamed Tang. “Normally weekends are busier than weekdays. We get about 40 customers per day during the weekend. Most of them are between 20 and 28 years old. People will buy coffee and cakes for themselves and cat snacks for their pets.”

Businesses that don’t sell pet products are also capitalizing on the pet craze. A nail salon in the Jing’an District has two cats in its window to attract the attention of potential customers.

A clothing shop in the Hongkou District in Shanghai is divided into two areas — one for selling garments and one for cats raised by the store owner. Sun Art Retail’s Yang said the trends all bode well for the pet industry.

“Take the American Gold Rush as an example,” he said. “Some people pursued the gold while others did well for themselves by supplying tools and supplies to miners. Look at cat cafés. They ‘sell’ love to pet lovers. It’s a promising business model.”