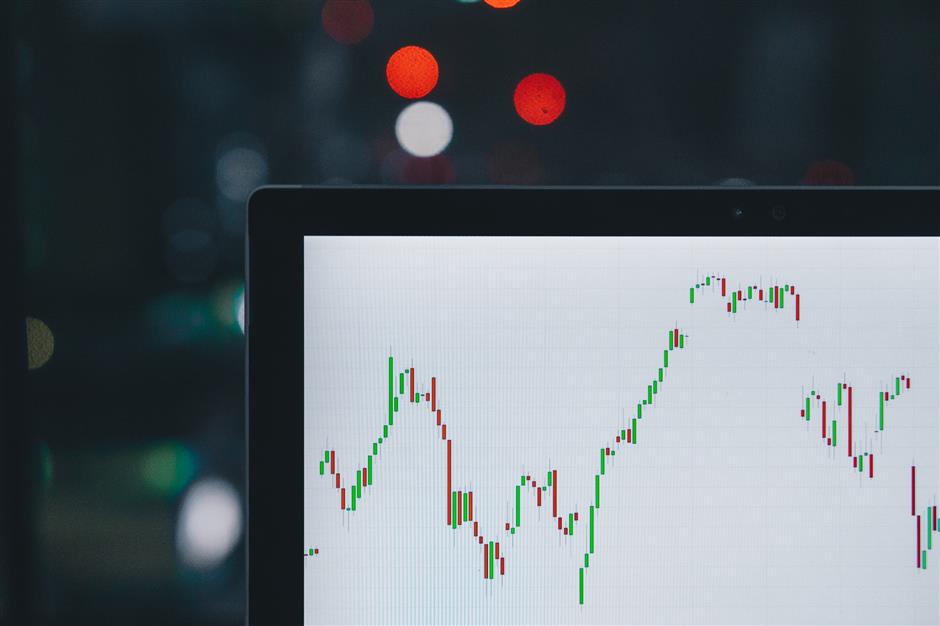 Shanghai stocks closed at their highest in more than nine months on Monday, boosted by a cut in the value-added tax and a rise in factory and services output.

The reduction of the VAT to 13 percent from 16 percent from Monday, together with macroeconomic data from the National Bureau of Statistics on Sunday and from Caixin/Markit on Monday，boosted sentiment.

The Shanghai Composite Index surged 2.58 percent to 3,170.36 points. Combined turnover on the Shanghai and Shenzhen markets passed 1 trillion yuan (US$147 billion) — the highest in two weeks.

Shanghai turnover was 480 billion yuan and only 23 shares fell.

The private Caixin/Markit PMI also showed growth in the sub-indexes for new orders and new exports.

Northeast Securities wrote in a research note that the market valuation of A shares is still relatively low and expected follow-up stimulus measures would continue to lift investor confidence.

Investors are also looking at new trade talks with the US ahead of a planned visit by Vice Premier Liu He and officials to meet their US counterparts in Washington this week.

Steel makers and auto producers are also set to benefit from the VAT cut, as well as rising disposable income, according to a recent note from China International Capital Corp.