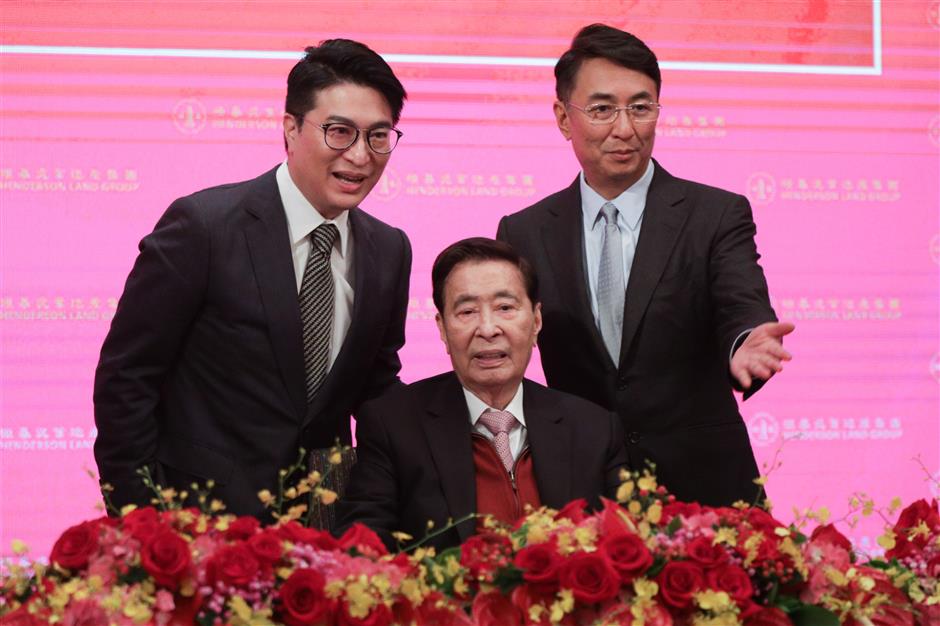 Hong Kong's second-richest man Lee Shau Kee stepped down as chairman of Henderson Land Development on Tuesday, the latest of the city's golden generation of billionaires to retire as their progenies take over.

Ranked second on Forbes' rich list with a fortune of US$30 billion, Lee will officially retire "due to his advanced age" after his last annual general meeting on Tuesday, a statement from Henderson Land Development said.

The 91-year-old is handing over the reins to his sons, Peter and Martin Lee, as joint chairmen and managing directors, the statement said, adding the elder Lee will remain as an executive director of the company.

"He can spend more time with the family now and play with his grandchildren more," Martin Lee told reporters Tuesday, speaking for his father who was not feeling well enough to talk.

The elder Lee posed for photos and waved at reporters before his sons slowly led him out.

Hong Kong's original billionaires are lionised in the financial hub, held up as living symbols of the city's economic rise and international clout.

According to Wealth-X's 2019 Billionaire Census, New York is the only city in the world to boast more billionaires than Hong Kong, 105 versus 87.

Many of Hong Kong's most famous billionaires have worked well into their eighties and nineties.