What are the lessons for L'Oréal, Tmall, their partners and bewildered consumers? 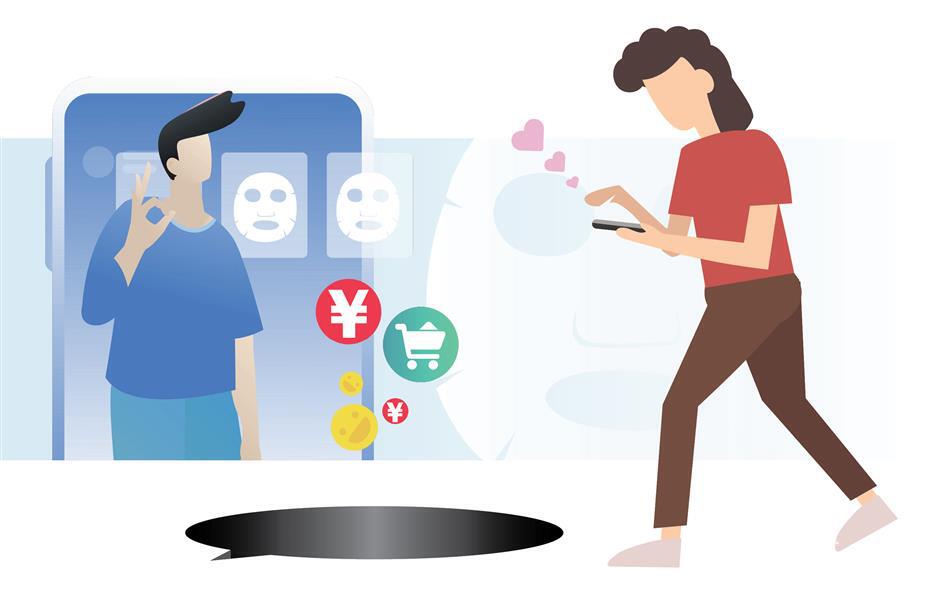 Consumers who felt bewildered and offended by L'Oréal and livestreamers' sales ploys took to social media and made headlines last week.

How has the incident evolved and why is it an important issue even if you're not an avid livestreaming shopper? Here are several key takeaways.

How influential are the two parties involved?

On the first day of the pre-sale kick-off of this year's Singles Day shopping event, Li reported a gross sales volume of 11.5 billion yuan (US$1.8 billion) and over 250 million views, while Huang saw 8.5 billion yuan in sales.

With over 40 million social media followers, Li attracts hundreds of thousands of viewers for his livestreaming sessions on Taobao by promising deep discounts on skin-care products, snacks, and groceries.

When offline shopping was restricted last year, many turned to livestreaming to learn about product specifics.

On the other side, L'Oréal remains the bestselling beauty and skin-care company.

It has posted a strong recovery in the post-pandemic days with a double-digit sales increase in recent quarters. In the third quarter of this year, sales were up 42.8 percent compared with 2019 despite sporadic outbreaks of the pandemic.

During the Singles Day promotion, it stood out with total sales exceeding 10 billion yuan over the monthlong promotion. Apple and L'Oréal are the only two companies to exceed the 10 billion yuan sales benchmark.

Top livestreamers are becoming influential sales channels and also play a key role for brands to promote their products to avid online shoppers and bargain hunters.

What exactly triggered the complaints?

The issue became a social media buzz last week when doubts were raised why some had to pay more during the pre-sale period, despite being promised it would be the "lowest-ever" price offered.

Those who paid for facial skin-care masks during Li and Huang's live-streaming sessions found they had paid 60 percent more for L'Oréal's Fresh Mix Ampoule Replumping Mask than those who placed the order in early November, and their requests to ask for a refund from L'Oréal Paris were bluntly rejected by the online storefront's service staff.

L'Oréal explained that an extra discount coupon worth 200 yuan which is eligible for purchases over 900 yuan resulted in an even lower price from the live-streaming sessions.

It promised those who miss the extra discount coupon a 200-yuan voucher for any purchases at the Tmall store.

It all boils down to a lengthy promotion period and various formats of coupons and subsidies.

Tmall set the pre-sale kick-off date on October 20, with the whole promotion period lasting into early November. November 11 is still the biggest day with many anticipating even deeper discounts.

The China Consumer Association last week urged brands to resolve consumer complaints for failing to deliver online orders more than one week after they received payment.

The topic drew more than 500 million viewers on the Twitter-like microblogging site Weibo with several million reposts and comments.

Why did it happen at this moment?

Consumers are growing tired of complex sales schemes which are supposed to be joyful and fun instead of this kind of tedious process.

Many are blaming the complex sales tools, discounts, and coupons that have made shopping less fun and enjoyable.

"I finally gave up trying to calculate and figure out where I can get the best deal because there are just so many kinds of coupons and some of them are only eligible for certain types of products," said Shanghai resident Crystal Wen.

"The promotion itself has turned into a wearisome process for those who want a straight-forward discount," she said.

China's livestreaming online shopping market nearly doubled to 1.2 trillion yuan last year and is expected to jump four times to 4.9 trillion yuan in 2023. It has helped streamline the marketing and distribution process for manufacturers with little retail capability.

Sometimes shoppers wait for hours for the limited bargains. No wonder those who were led to believe they had grabbed the "best ever" discount felt offended when a better deal was found elsewhere.

Others blamed the lengthy livestreaming sessions, sometimes lasting for up to five or six hours, for being too rowdy and offering sub-standard merchandise.

Why should brands be cautioned about such events?

Plots of forcing brands to participate in sales campaigns or asking them to offer exclusive deals would be one of its targets.

Consumers, on the other hand, are also calling for a fair, transparent, and predictable market environment.

Brands should be cautious of not wearing down consumers' trust.

People's Daily said in a brief commentary piece last week that brands should not rely on marketing ploys and shall always stick to market rules and integrity.

Their negligence has hurt consumer rights, and they should pay more attention to sort out promotion procedures especially during these peak periods, according to DeBund Law Offices' partner You Yunting.