Lingang is in the fast lane with latest co-operative agreements 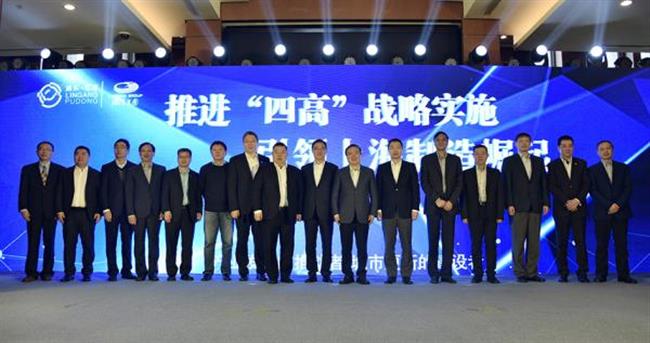 “The establishment of these projects in Lingang  indicates Pudong’s innovative development and inputs new forces into Lingang, contributing to the development of the manufacturing industry and build-up of a world-class industrial cluster”, Chen Jie said, member of the standing committee of Pudong’s party committee and party secretary of Lingang Administration Committee.

In the gas turbine industry, the Institute of Engineering Thermophysics and Chinese Academy of Sciences will cooperate on high-power gas turbine experiment equipment. ENN Energy Holdings Limited will also collaborate to increase the efficiency of miniature gas turbines.

In the integrated circuit industry, institutions such as the Shanghai Industrial Technology Research Institute will set up a public service platform for photoelectricity technology, to better serve semi-conductor projects established in the Lingang Industrial Park.

Lingang will also cooperate with companies in fields such as energy planning and smart buildings to promote the transformation of the industrial park to  a greener, smarter and more liveable industrial community.

Adhering to the development orientation of “representing national strategy, Shanghai’s advantages, and international competence”, Lingang focuses on introducing projects in key fields such as advanced equipment manufacturing  and  strategic emerging industries filling in a gap in national development.