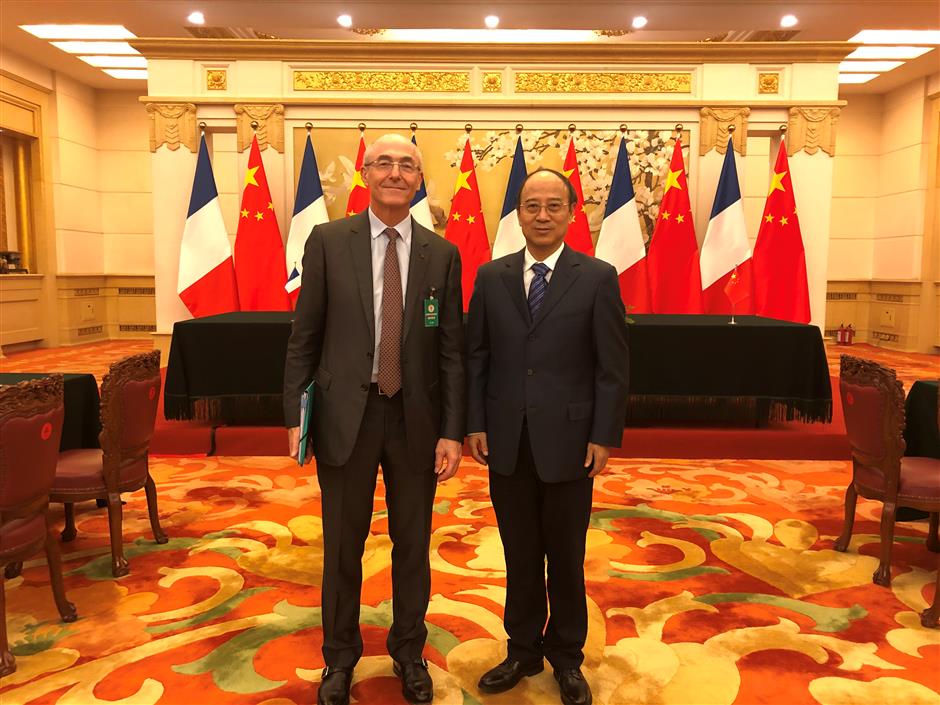 Sinopec and Air Liquide signed a memorandum of understanding on Wednesday in Beijing, marking the latest advance in the country's rapidly developing hydrogen and fuel cell industry.

The memorandum was signed in the presence of President Xi Jinping, and French President Emmanuel Macron, to accelerate the use of hydrogen in China.

The document was part of contracts signed between China and France totaling US$15 billion during a visit by Macron, a Chinese government official said yesterday.

Under the agreement, Sinopec will cooperate with Air Liquide in studying the deployment of a hydrogen traffic network and the establishment of related regulations.

Air Liquide will provide Sinopec with its hydrogen supply chain expertise, from production and storage to distribution.

Dai Houliang, chairman of Sinopec, said, “We believe that hydrogen will play an important role in the green and low-carbon transition of China, and even the world, and we are able to contribute to hydrogen energy development in China, together with our partners like Air Liquide.”

Benoît Potier, Air Liquide's chairman and CEO, said: “We are delighted to strengthen our long-term partnership with Sinopec and accelerate the roll-out of concrete solutions for the development of hydrogen energy infrastructure in China. This initiative represents an important milestone for hydrogen mobility in this major country, home to the largest automotive market in the world."

Sinopec is the largest refiner, as well as the second largest chemical and fuel retail company in the world, with a network of more than 30,000 retail stations. Sinopec joined the Hydrogen Council in September 2018 and adheres to its vision that hydrogen is key to supporting energy transition.

Sinopec and Air Liquide have a long term partnership with three existing joint ventures, supplying air gases to Sinopec. Both companies share a common vision on the role of hydrogen as part of the future energy mix.