Hangzhou says hello to the future

A “Hello Future” convention on November 6 in Cloud Town, Hangzhou, unveiled the city’s goal of becoming a destination for new economy conferences.

The convention focused on the city’s industries and their ties with the conference industry to show that Hangzhou has the strength, innovation and potential to attract conference organizers.

More than 200 people including government officials and enterprise representatives, the media and meeting service providers attended the event.

A report on the city’s capabilities as a conference destination was released, and a new batch of “Hangzhou Conference Ambassadors” was appointed.

The conference business is growing to be a high-end service industry that not only supports information broadcasting but also faciliates the development of the other industries.

New economies such as the digital economy, biomedicine, cultural innovation, new retail and new energy are prospering in Hangzhou. Through major industrial meetings and attracting leading firms and talent to settle in the city, they have driven such industrial clusters to form and meanwhile boosted the need to hold conferences in these sectors. 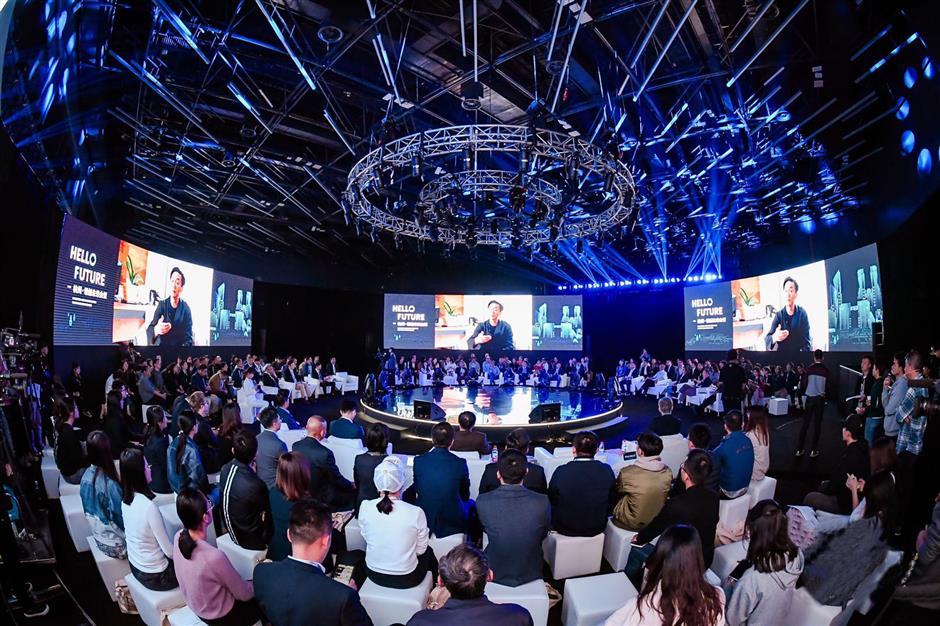 Conferences have thus become multifunctional and help improve the quality of the new economies. According to the strategy released at “Hello Future,” the conference industry and the new economies will be mutually conducive in the general layout.

Feature towns will be the first steps for the strategy to come true.

Over the past few years, Hangzhou has been building feature towns that give emphasis to specific lines of business such as the digital economy, fintech, health care, medicine and new retail.

Together they serve different lines of new economies and carry out cooperation in crossover sectors. A brochure will be composed illustrating the conference venues, brand conferences held, service providers and organizers in these towns.

Each of the towns has had experience in holding conferences of various scales and has corresponding facilities to undertake such events. Some of them already have their own brand events.

“2050 Tech Brings Youth Together” is held at Cloud Town. The event highlights youth and technology as well as the prospects when the two collide. The town has a conference hall covering 2,300 square meters that can house 2,500 guests.

Dream Town, for instance, has an exhibition hall at Future Sci-tech City that can accommodate 6,000 people, and the town has been the venue where the national innovation and entrepreneurship conference and other artificial intelligence and block chain conferences took place.

The events have fueled the feature towns’ development.

New industry promotion methods were unveiled for relevant businesses to land in the towns. During the convention, 20 senior executives in several industries and conference experts were invited to have a “48-hour in-depth experience” of local emerging industries.

They toured to see cultural aspects of tea, silk, seal engraving as well as the industrial clusters to witness the charm that the towns can pull. Afterward, they would have a seminar to discuss about winning strategies for the new economies.

In this scenario the towns get to set up a platform that integrates the industry, the firms nationwide and the MICE (meetings, incentives, conferences and events)industry where the investors get a direct view of the environment, and local authorities can be given feedback and improve accordingly in time.

The conference ecosystem will be updated as well with access to high-tech methods to make the process easier.

Multiple sci-tech companies are born here to lend a hand. AirSoft and SenseTime, for example, provide convention facilities such as face recognition and augmented reality navigation.

The first “immersive meeting scene” was also showcased at the convention. The CloudLink visual communication solution developed by Huawei, combined with the 5G network, makes the conference space boundless.

The report suggests that to become such a new destination, the city should think outside the box to optimize the top-level design of the conference industry, better merge with the city’s strength industries, establish the brand for promotion and upgrade relevant public services.