Leaders in technology and equipment confer ahead of CIIE

Exhibitors and buyers in the technology and equipment sector took part in a "matchmaking" session on Saturday ahead of the third China International Import Expo to be held in Shanghai in November.

The event brought together more than 300 exhibitors, buyers and staff of industry organizations and media to communicate and build connections, including more than 60 overseas exhibiting companies and over 100 purchasers.

Liu Fuxue, deputy director of the China International Import Expo Bureau, reiterated the determination to hold a CIIE of high quality this year under the new condition of normal epidemic prevention and control  to further expand  opening-up.

Li Xing, senior director of key accounts of Baker Hughes Company, an American industrial service company, said that the supply-demand matchmaking meeting is important for  exhibitors. It offers another opportunity for foreign-funded enterprises to consolidate their long-term development strategy in China.

During this meeting, buyer APCB Inc signed a letter of purchase intent on the spot with exhibitor Trane Technologies plc, an Irish-domiciled diversified industrial manufacturing company.

A group of giants in the equipment industry, including Mitsubishi Electric, Dow, Nachi-Fujikoshi Corp, Brother Compant, Trane Technologies, Baker Hughes, Emerson Electric and Heraeus, all signed a memorandum of cooperation to participate in the CIIE for the next three years, showing their strong confidence in the Chinese market.

Also on Saturday, the exhibitor alliance of the third China International Import Expo announced the launch of a special committee of industrial digital transformation. 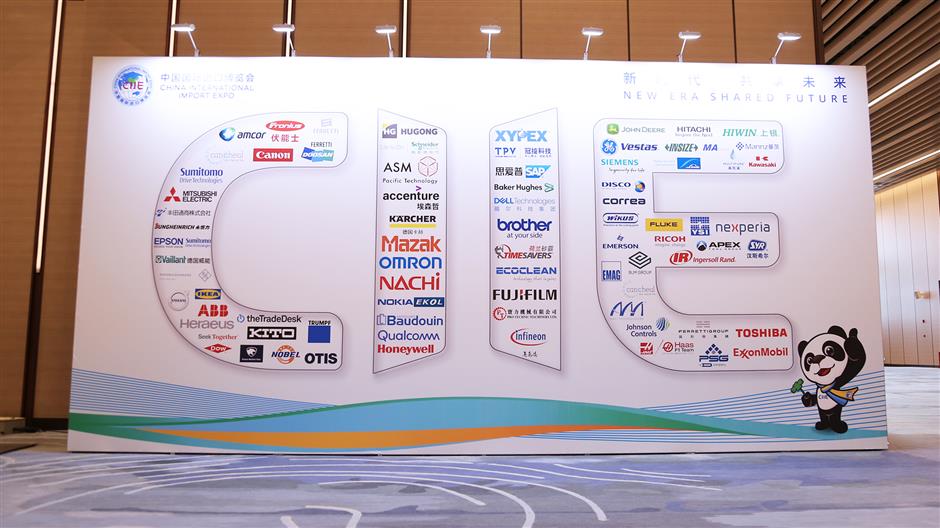 The third China International Import Expo will be held in Shanghai in November.