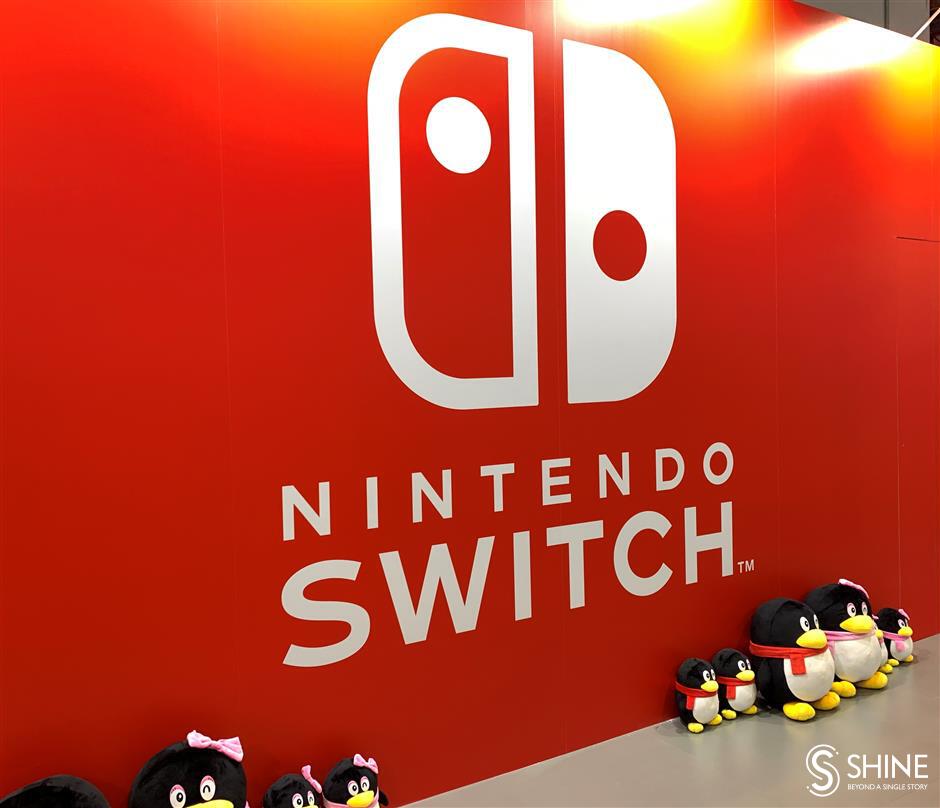 Tencent says it is seeking potential partners as it shows the Nintendo Switch gaming console at the sports goods section at the China International Import Expo.

The console has appealed to visitors with its Ring Fit Adventure game, which has exercise features.    Zhang Lijun, Tencent vice president and general manager of Tencent East China Headquarters, said it wants to showcase gaming operation and distribution capabilities to potential collaborators through the expo.

Tencent has been promoting and selling Nintendo Switch on the Chinese mainland since late last year.

"Games like 'Ring Fit Adventure' offer the combination of digital entertainment with fitness and have brought new gaming experience for game lovers, which is a major attraction for those who want to enjoy fun moments with family members," said Zhang.

It also hopes to boost the gaming console market so that domestic developers can build new games based on Nintendo's Switch platform.