A bird's-eye view of Lujiazui, the Pudong New Area.

By the end of 2025, the Pudong New Area will have more than 12 million square meters of commercial area, with 2 million built in Qiantan, known as Shanghai's "second Lujiazui."

So far, Pudong has about 10 million square meters of commercial area. Thirty years ago, in 1990, when the central government decided to develop Pudong, the east bank of the Huangpu River, it had zero commercial area.

Pudong tops all districts in Shanghai with the most international retailers. According to Deloitte’s report on the world’s top 100 global retailers in 2019, 32 global retailers had entered Shanghai and among them, 30 had business in Pudong, including Costco, Apple, Walmart, IKEA and Decathlon.

In 1995, Pudong only had one large global retailer – Shanghai First Yaohan, also the first of its kind in Pudong. Now Shanghai IFC located in Pudong has become Shanghai’s top shopping center, with the highest annual sales. 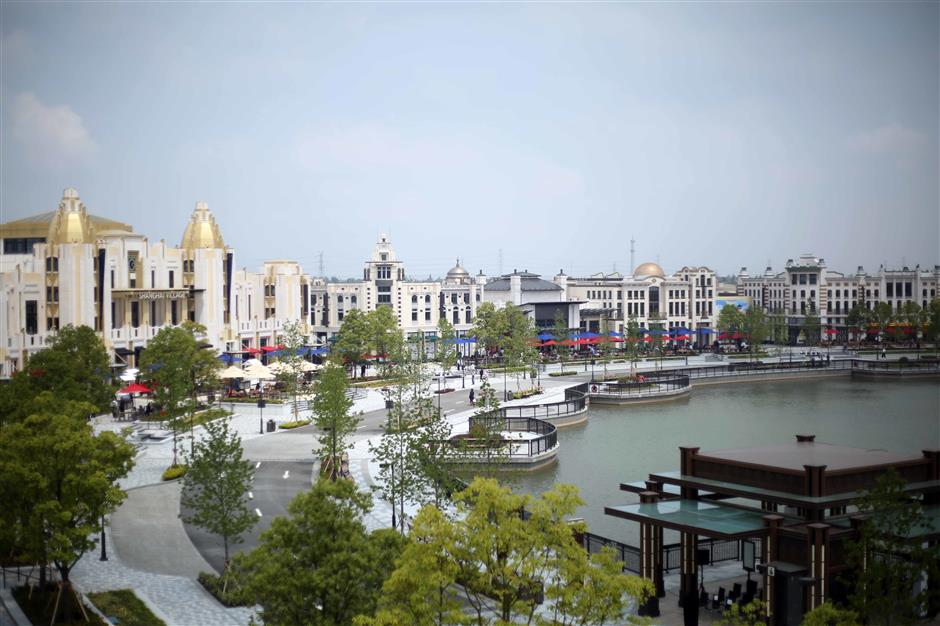 Value Retail China, a luxury outlet developer located in Shanghai International Resort and adjacent to the Shanghai Disney Resort, saw sales of its Shanghai shopping resort nearly double in October year on year and expects "unlimited" growth potential in the city, a top company official said during an interview earlier this month.

Despite the negative impact of the COVID-19 epidemic, its sales at Shanghai Village, a member of the Bicester Village Shopping Collection, surged by 94 percent in October after growing by 62 percent in the third quarter, said Mark Israel, chief executive officer of Value Retail China.

Israel added that he expects the rapid sales growth to continue into the next year as more Chinese consumers now look for quality shopping experience at home destinations.

Pudong New Area is the core and key district for Shanghai to turn itself into an international consumption city. To cultivate more new business models, Pudong constantly innovates its business regulations.

Leading new digital retail firms including Fresh Hippo, Dingdong Maicai and Aikucun grew in Pudong and have expanded to other districts and cities.

For example, Fresh Hippo opened its first store in Jinqiao of Pudong that combines diverse functions such as supermarket, takeout, logistics and catering, which brought many challenges in terms of licensing and supervision.

However, the Pudong government did not immediately say "no" but made an innovation by issuing Fresh Hippo a business license combining catering and food circulation into one.

Now Fresh Hippo has become one of the leading online economy enterprises in Shanghai and it has also brought the new business model piloted in Pudong to 20-plus cities by opening more than 220 stores across China.

To show its faith in Pudong, Fresh Hippo is going to establish its headquarters there in December.